The Met Office has issued a yellow weather warning for wind across the south-east of the UK as the weather agency warns some delays to road, rail, air and ferry transport are very likely. Some damage to exterior structures is also possible, while the communities affected – particularly those along the coast – will likely be it with spray and large waves. The Met Office says the East of England, London and the South East and some parts of the south west including Bournemouth and Dorset, are covered by the warnings.

The yellow warning reads: “An area of low pressure is expected to track across the far south and southeast of the UK from the south-west on Tuesday morning.

“To the south and east of the low centre some unseasonably strong winds are expected, particularly around some coasts and hills.

“Here gusts may reach 40-50mph which may lead to damage to temporary structures and transport disruption.

“The strong winds will be accompanied by some heavy showers or rain for a time, before gradually moving northeastwards and easing from the southwest through Tuesday daytime.” 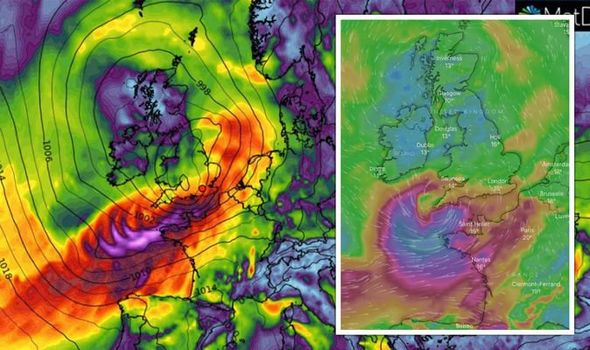 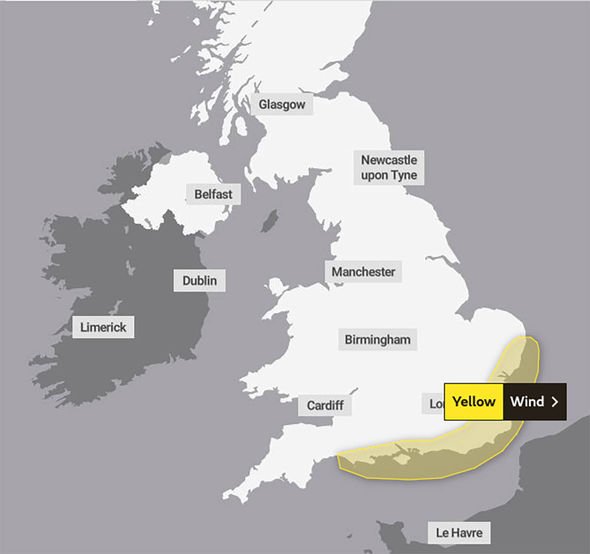 Another warning is in place for rain across parts of Scotland and Northern Ireland, this time throughout Monday.

In Scotland, the regions and local authorities affected include:

In Northern Ireland, counties affected include: 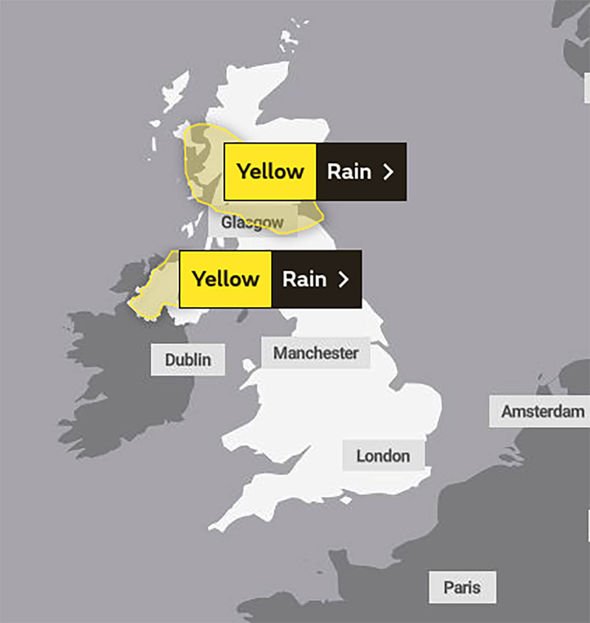 For Scotland, the warning reads: “Heavy, occasionally thundery, slow moving showers this afternoon and evening will potentially give 10-20mm in a couple of hours.

“These will most likely occur over central and western Scotland through the day, becoming confined to the northwest of Scotland by the evening.

“Where heavy showers do break out, this could lead to some transport disruption and the potential for localised flooding.”

The yellow warning in place for Northern Ireland reads: “Slow moving showers will turn heavy and perhaps thundery by the afternoon, most likely across west and central Northern Ireland.

“Where showers do occur they could give 10-15mm, perhaps 20mm in a couple of hours with the potential for some travel disruption and some localised flooding.”

The warning adds that the “showers” will have largely dissipated out “through the evening”.