The UK has witnessed blazing sunshine over the last few days. And while for many regions the mercury will begin to drop from Sunday, the Met Office predicts there could be some thunder and lightning for many.

Today (Easter Saturday) is a glorious day for much of the UK, with many heading out into their gardens to enjoy the sunshine.

Parts of London and the South East are expected to see highs of 26C, hotter than many traditionally hot parts of Europe.

But while it may be t-shirt and barbecue weather at the moment, the warm weather is not expected to last for much longer.

The last widely warm day is expected to be today (Saturday, April 11), before temperatures begin to drop. 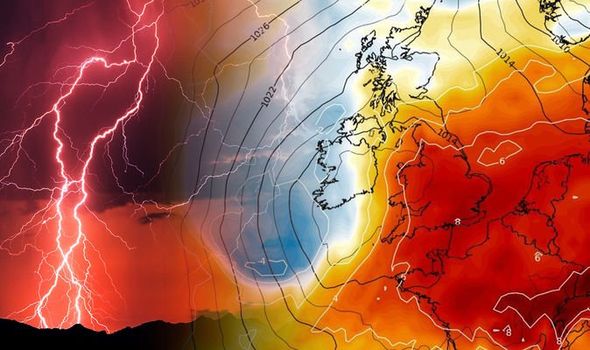 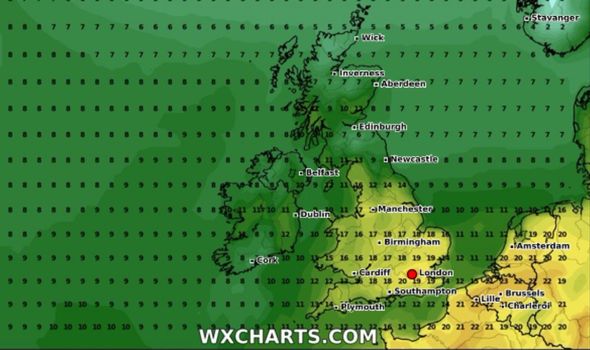 He said: “Essentially we’ve got weather fronts pushing down from the north and in from the west overnight and more broadly through tomorrow.

“In terms of a summary for tomorrow it’s a more unsettled day generally for the UK with outbreaks of rain for parts of Scotland, Northern Ireland, probably west Wales, and far southwest of England.

“And then for the rest of England and after some sunshine in the morning, one or two early fog patches, a greater chance of seeing some heavy thundery showers breaking out. 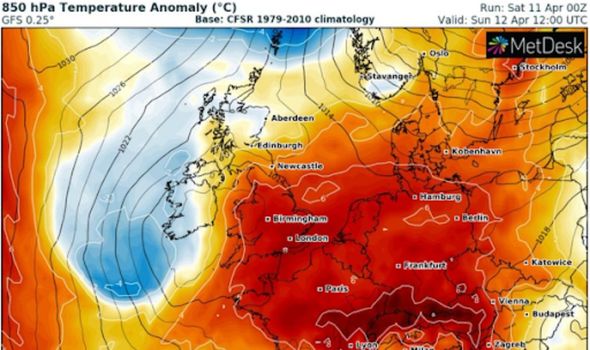 “There could be some quite potent thunderstorms for tomorrow afternoon, tomorrow evening.

“Locally quite intense rainfall, some frequent lightning, dusty winds, and that’s mainly across parts of central and eastern England.

“So there’s no warnings out for us at the moment but we will just be keeping an eye on that for the next 24 hours or so.”

As the UK has been basking in glorious sunshine this Easter bank holiday, Sunday is looking to be a much colder day generally.

But some regions of the UK could still see highs of 23C.

Mr Keates added: “Still very warm in the South East tomorrow, probably 23C or so, but turning markedly cooler from the north and the west.

“That sets the scene into Easter Monday, where it will be a much colder day for the vast majority.”

On Monday the Met Office state it could be 10-12C cooler for some regions compared to Sunday, but it’s expected to stay dry with a chilly start to the week. 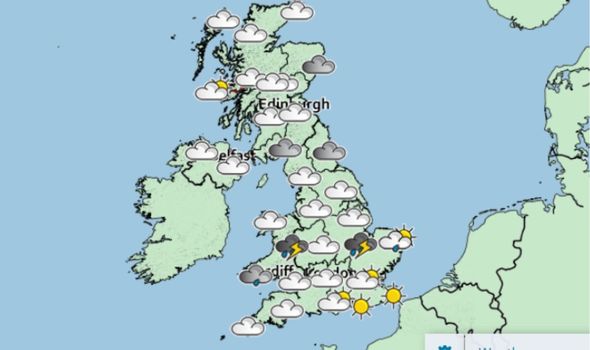 Despite the current hot weather, the Government has urged people to continue to adhere to the current coronavirus guidelines.

At this time people should not be going out to meet others, and gatherings are still banned.

People should only leave their homes for food, health reasons or for work if you cannot work from home.