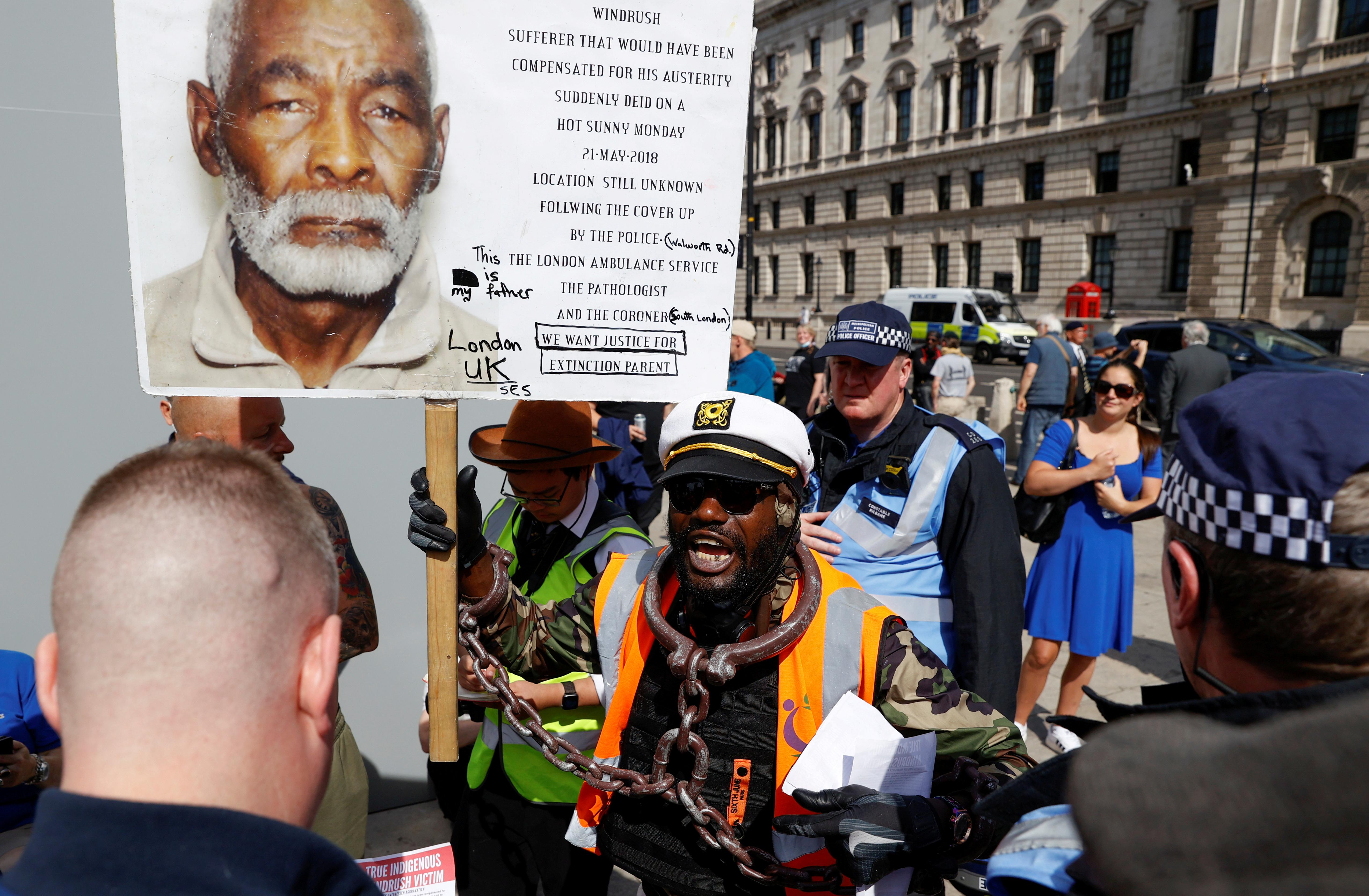 LONDON (Reuters) – London’s mayor called on people to stay away from central London on Saturday as the capital prepared for potential confrontation between anti-racism protesters and far right groups.

Statues of historical figures including Winston Churchill, which have been at the forefront of demonstrations by anti-racism groups, were boarded up on Friday ahead of the expected protests in London.

“We have intelligence that extreme far right groups are coming to London ostensibly, they say, to protect the statues, but we think the statues may be a flashpoint for violence,” London’s mayor Sadiq Khan said on BBC Radio.

Khan also said that people should not join demonstrations during the coronavirus pandemic as there was evidence from the United States that those attending them had caught it.

The statue of World War Two leader Churchill outside Parliament was sprayed with graffiti last week after what had been a mostly peaceful demonstration over the death of George Floyd, an African American who died after a Minneapolis police officer knelt on his neck for nearly nine minutes.

British Prime Minister Boris Johnson said on Friday it was “absurd and shameful” that the statue of Churchill was at risk.

“Yes, he sometimes expressed opinions that were and are unacceptable to us today, but he was a hero, and he fully deserves his memorial,” Johnson wrote.

And Churchill’s granddaughter Emma Soames told the BBC on Saturday that she was saddened.

“It is above all extraordinarily sad that my grandfather who was such a unifying figure in this country appears to have become a sort of icon to being controversial,” she said.