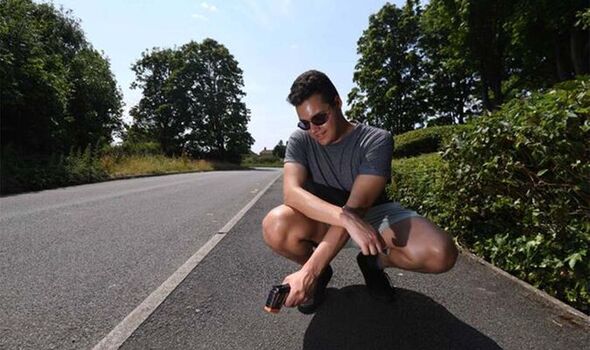 The last few days saw the Met Office issuing a rare red weather warning, meaning the extreme heat could pose a risk to health and infrastructure. Public transport was impacted and schools faced difficult decisions over whether to open or when to send kids home. Meteorologists urged caution with the country warned to stay at home if possible.

Birmingham Live’s Josh Sandiford has shared his findings after braving the heat outside yesterday, armed with a thermometer gun, in a bid to test just how hot it truly was.

Josh took to the streets to investigate where the hottest spots were. Here is how he got on:

“There are times as a journalist you find yourself driving along thinking: What on earth have I signed myself up for? This thought ricocheted around my head as I clambered into a boiling hot car on the way to work yesterday. July 18 was no ordinary Monday morning – it was the start of a two-day heatwave dubbed ‘meltdown Monday’ and ‘blowtorch Britain’ by some newspapers.

“So what did I do? Headed out, naturally. It was a cool 30C when I arrived in Shirley to chat with some residents about a story I’m working on. The trouble is, it was only about 11 am.

“And that wasn’t the only thing on my agenda for the day. Last week, as we enjoyed slightly more bearable temperatures, my newsdesk came up with an idea: Why not purchase a thermometer gun and see how hot everyday surfaces get? The experiment would, of course, have no scientific basis, but it sounded interesting. That’s how I found myself armed with a laser instrument hitting the streets of Solihull to try and get a unique sense of how the summer blitz was impacting roads, playgrounds and public transport.

“I started by zapping the pavement which was already hovering between 42 and 44C at 12.15 pm. It wasn’t quite melting but you wouldn’t want to brave it barefoot. Those warnings about not walking dogs? They should be heeded. 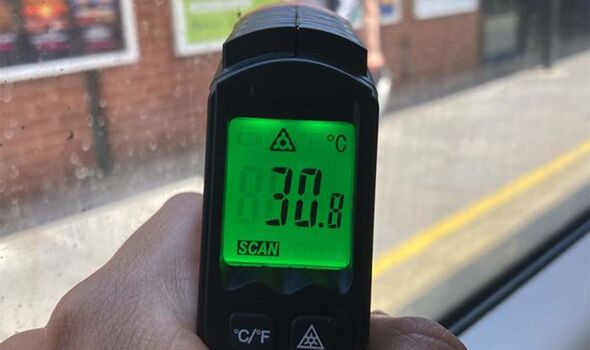 “I tried the grass by way of comparison to see if that was any different. It wasn’t and the temperature reading came out around the same. As I pointed my heat gun at different sections of grass to see what reading it gave me, my heart dropped. I realised I had made a terrible mistake.

“Rather than parking in the abundance of shady areas in what is a beautiful part of Shirley, I had left my car sitting in exposed heat on the road. My black car. I gulped, terrified.

“I hope it made for a good bit of video as I clumsily tried to measure the exterior of my car and hold my phone at the same time. I caught a reflection of myself and couldn’t help thinking how dodgy I must have looked.

“The car exterior was a staggering 55C and I continued zapping away inside to see how my oven of a car was faring as Britain sizzled. The steering wheel was 46C while the leather trims of my seats returned a whopping 72C result. It really did feel like stepping into the sun.

“Solihull’s flagship shopping precinct Touchwood offered safe haven from the blistering rays. Its car park is not quite underground but sheltered from the sun and the ground there was about 30C cooler than in Shirley. 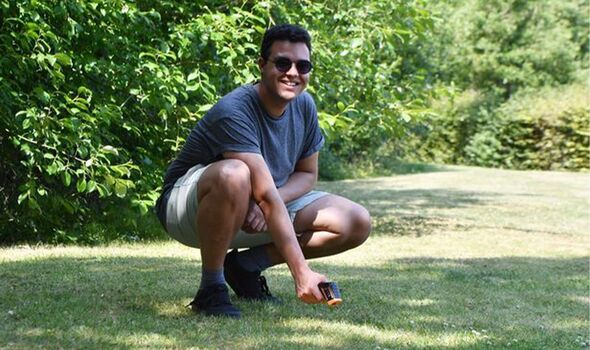 “Fed and watered, I ventured on. I felt like I had left a hotel in the Med as I strolled out of Touchwood regretting this doomed assignment. You know when people say hot weather is lovely when you’re not working? Yeah, that.

“Next I decided to experiment on public transport. The number 49 bus approached and I staggered on for the less than five-minute ride to Solihull station. The plastic backs of the chairs, seats and windows were all between 31 and 33C. Before I got on a train I tried the pavement again. It was 49C at about 2 pm – three hours before temperatures were set to hit their peak.

“I waited longer than I might have liked at the railway station because some trains had been cancelled. Cabinet office minister Kit Malthouse had warned transport services faced “significant disruption” due to the heatwave and urged people to avoid travelling on Monday and Tuesday. Later in the day, Luton Airport suspended all flights as its runway had begun to melt.

“The train ride to Birmingham Moor Street actually made for a pleasant interlude. My gun told me it was 28C on the train but it felt a hell of a lot cooler and made for a comfortable journey. 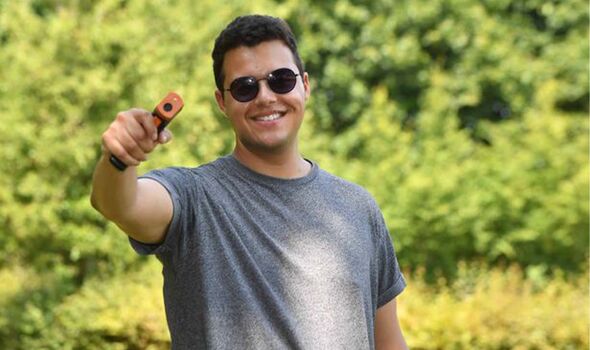 “In the eight minutes or so it took to get to Brum I felt like I had ventured to another, far more exotic location. Temperatures were rising rapidly so I lathered myself in yet more sunscreen for the return leg back to Solihull.

“It was now 34C and sweat dripped down my face as I arrived at my final location. The play area of Tudor Grange park was deserted with absolutely nobody around. Exhausted, its central playground offered no respite. A sit-down was absolutely out of the question as its metal benches returned a reading of 30C.

“A metal slide was about 25C – nowhere near as hot as my car but definitely not a surface you would want your children going up and down. A separate bench inside the area measured even hotter.

“Then, far sweatier than it started, my day was over. As expected, I can’t say I learnt a huge amount from the experiment but it did tell me it’s probably best to stay at home if you can. This clearly isn’t just a bit of sun. Temperatures like these are ones we have very rarely seen before but might well get used to seeing in the future.”

How hot surfaces got when we measured them during heatwave: