KUALA LUMPUR (Reuters) – On trial for corruption that includes the multi-billion dollar 1MDB fraud, former Malaysian prime minister Najib Razak said on Wednesday that the fall of the government that ousted him meant he now expected an atmosphere more conducive to a fair hearing. 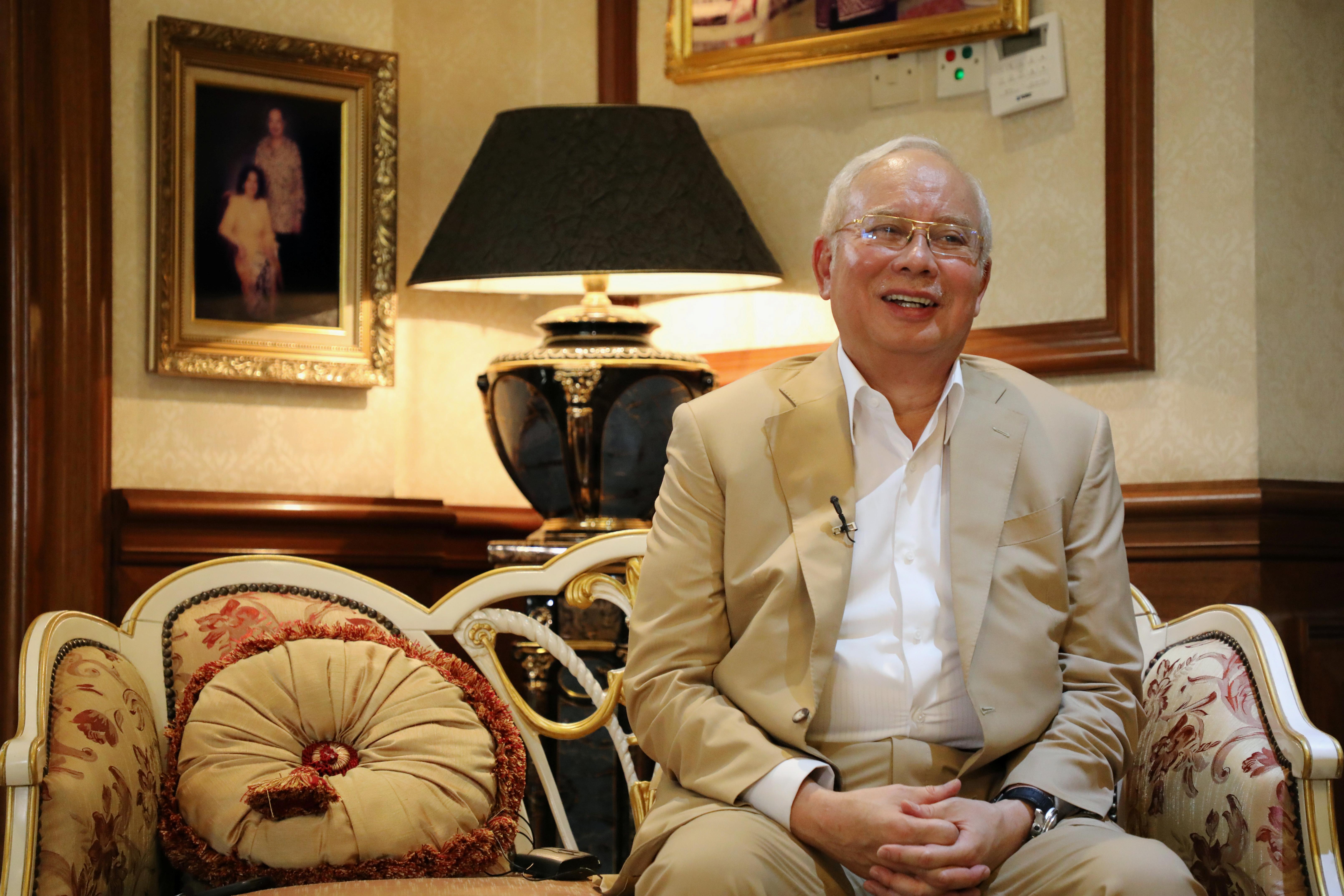 Najib was voted out in 2018 amid anger over corruption in the Southeast Asian country, but the alliance that toppled him fell apart at the weekend amid turmoil following the resignation of 94-year-old Prime Minister Mahathir Mohamad.

Najib, 66, denies the charges against him and says they were politically motivated.

Mahathir has accused Najib’s United Malays National Organisation (UMNO) of engineering a return to power so that its officials escape conviction in the 1MDB scandal.

When he took power for a second time two years ago, Mahathir accused here Najib of playing a central role in the 1MDB scandal.

“I would expect that the atmosphere would be more conducive towards a fair trial,” Najib told Reuters in an interview at his mansion in an affluent neighborhood of Kuala Lumpur before heading to his latest court appearance.

“I’m not alluding to anything, because there’s no conclusion to the trial… But hopefully, you know, I will get a fair trial,” he said.

New Prime Minister Muhyiddin Yassin’s office did not respond to a request for comment.

Najib is facing five trials over the 1MDB scandal that stretched from Malaysia to the Middle East to Hollywood.

The U.S. Department of Justice estimates $4.5 billion was misappropriated from the 1MDB sovereign fund between 2009 and 2014. U.S. and Malaysian authorities say over $1 billion stolen from 1MDB flowed into Najib’s personal accounts.

Najib says he was misled by Malaysian financier Jho Low and other 1MDB officials, and that he will clear his name in court.

“I don’t want any undue manipulation or pressure put on the judge or judges for political reasons. And on the strength of the evidence, I’m more than happy to go through the court process,” he said, speaking in his spacious living room decked with gilt and crystal ornaments and giant arrangements of brightly colored artificial flowers as well as family photos.

Malaysia has also accused Goldman Sachs of misleading investors over bond sales totaling $6.5 billion that the bank helped raise for 1MDB. Three units of the bank have pleaded not guilty.

Najib criticized the investment bank, saying Goldman had been part of a system meant to safeguard Malaysian interests.

Goldman Sachs did not immediately respond to a request for comment.

Najib, an UMNO member of parliament, said he had not been directly involved in the deal between his party and some of Mahathir’s allies that led to Mahathir’s fall, but he had been consulted about terms of the agreement.

Mahathir was replaced by his former ally Muhyiddin, who was himself sacked by Najib in 2015 after criticizing his handling of 1MDB.

Najib said he had not spoken to Muhyiddin since he took office but he hoped to rebuild their relationship.

“I hope it’s water under the bridge,” he said, citing the example of the alliance between Mahathir and his old rival Anwar Ibrahim, which won the 2018 election.

“Quite apart from jailing Anwar Ibrahim, his disparaging remarks about Anwar’s character over the years didn’t stop them from getting together,” Najib said of Mahathir.

Najib, looking relaxed in a light beige suit and open white shirt, said he was not seeking a government post for now. He said the trial had strained his family, including his wife Rosmah Mansor, also on trial for corruption. 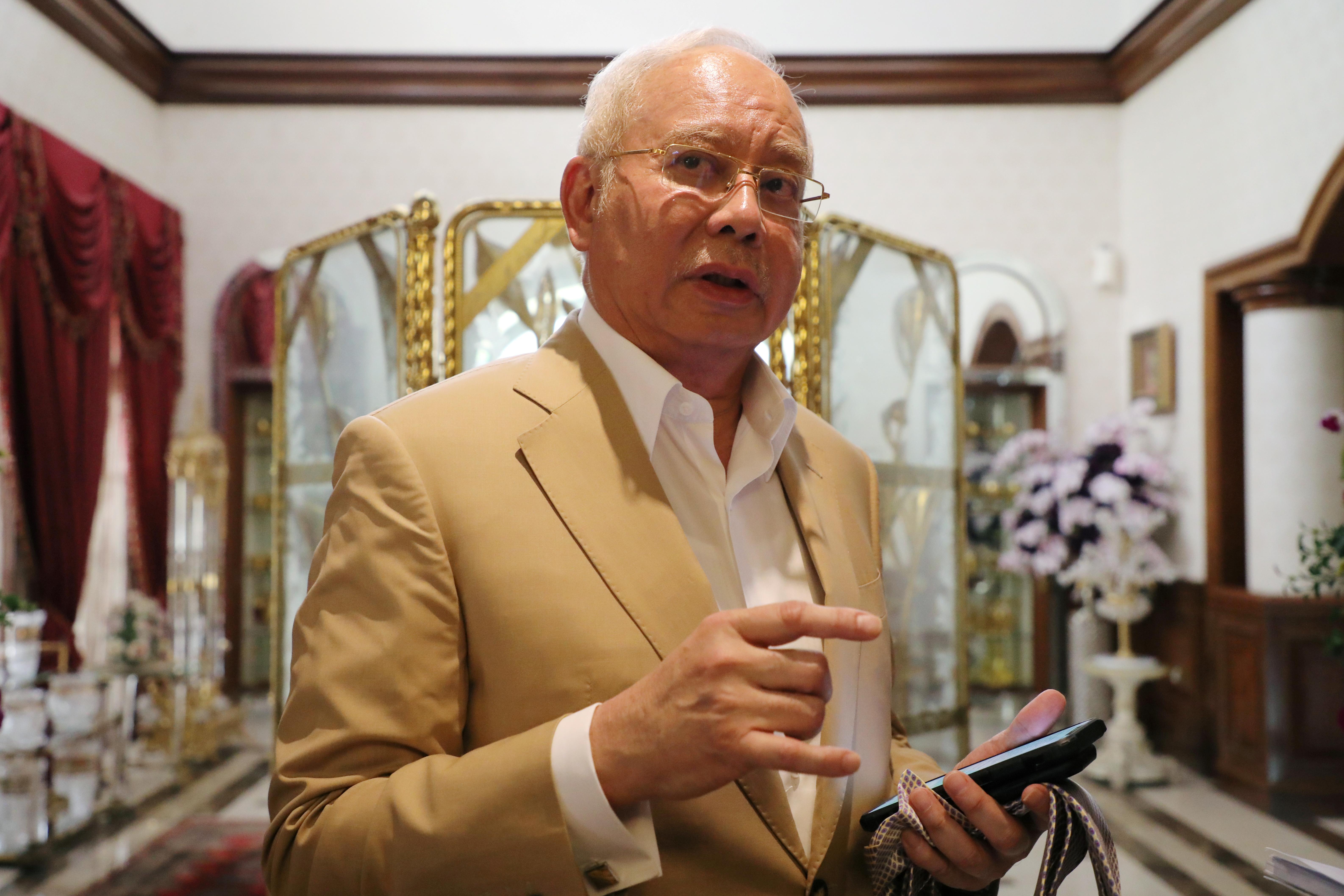 Away from court, Najib said he was meeting people around Malaysia and developing a more down-to-earth profile than was possible when he held the office that his father also once held.

He was also busy on social media, where he has the biggest following of any Malaysian politician.

“You know, last week my Facebook attracted 20 million engagements. Normally I get about 9.5 million a week,” Najib said. “And in terms of likes, I’m about 6,000 away from reaching 4 million. So, I mean, those are the figures, but I don’t shout about them.”