Macron is a ‘little king in his castle’ says protestor

Emmanuel Macron has been grappling with increasing opposition to his coronavirus policies and his decision to plunge France into its third lockdown in the span of one year. Members of the cultural sector have been especially vocal against the French President, demanding entertainment venues are allowed to reopen. Asked about President Macron’s record during the pandemic, singer Leah Gracie told BBC Today: “I think he’s just a little king in his castle.

“He doesn’t want to look down and he’s just trying to get money from the poor.

“It’s just increasing the differences between the rich and the poor. It’s straightforward as this.”

A sound engineer taking part in protests in the city of Poitiers earlier this week said: “We feel it’s the Government’s choice to put people in trains, in the metro, and they decided to close all the sociability places.

“There’s a lot of anger in the cultural sector because there’s no sanitary reason [for the closure].”

JUST IN: ‘On right side of history!’ Brexit support leaps as ‘disastrous’ EU shows ‘true colours’ 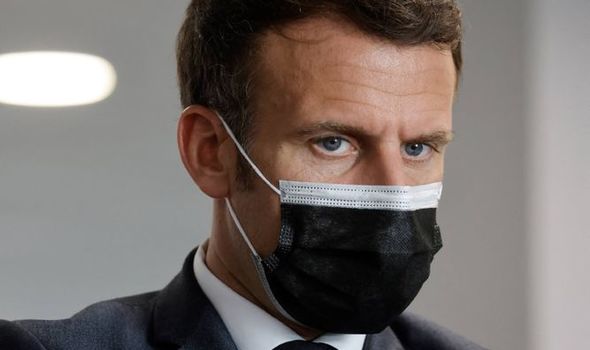 Non-artists have also joined the protest lamenting the blow the closure of entertainment venues delivered to their social lives.

Care home nurse Magalie Boneaux said: “I have come to miss my life.

“Every single day people are dying because of poverty.

“We can’t stop our lives just because people are dying. We have to find solutions.”

Artists across France have been able to fall upon the country’ special unemployment system based on the irregular nature of their work.

Under the system of intermittently salaried workers with multiple employers, members of the sector are assured a vital minimum based on how much they work.

But with venues shut down since March last year, artists and tech crews have been struggling to survive.

Representatives of the sector have urged President Macron of allowing theatres and cinemas to reopen, arguing the move would also help curb the costs the Government has taken on to support shut down businesses.

Democracy hero? Military foil? Myanmar’s leader ends up as neither