A prominent opposition blogger in Russia, Yegor Zhukov, has been beaten up in Moscow and taken to hospital for treatment.

Police have launched a criminal investigation into the assault.

His supporters posted a photo on Facebook of his bloodied and swollen face. The attack happened near his home on Sunday evening, they said.

In December Mr Zhukov, 22, was given a three-year suspended jail term for “inciting extremism”.

He told investigators “two unidentified men had attacked him on Rashchupkin Street and injured him”, a police statement quoted by Interfax news agency said. 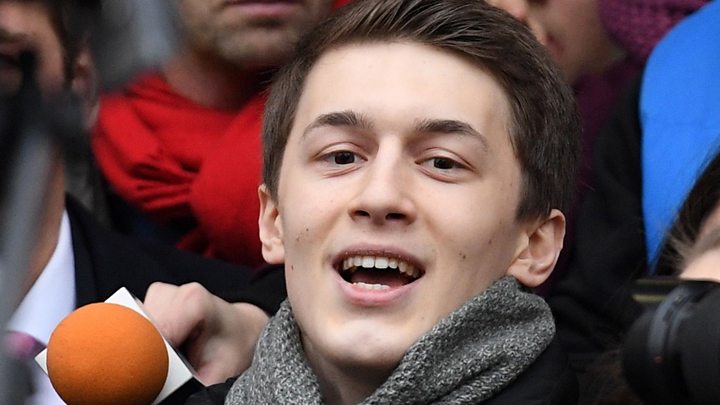 Kremlin spokesman Dmitry Peskov said police were investigating the attack, adding: “Let’s hope that those who are guilty will be identified and punished according to the law.”

Mr Zhukov is now also a political commentator on Russian radio. He was arrested last August during protests against the exclusion of independent and opposition candidates from Moscow council elections.

Earlier on Sunday, Mr Zhukov said on his YouTube channel that he had been rejected for a master’s course on cinema at Moscow’s prestigious Higher School of Economics, after initially being accepted for it. He linked that rejection to this political activity.

Separately, Mr Peskov, the Kremlin spokesman, said he was against linking the attack to the suspected poisoning of Russia’s most famous campaigner against President Vladimir Putin, the investigative blogger Alexei Navalny.

Germany has called on Russia to do more to clarify the suspected poisoning. Mr Navalny was flown out of Russia nine days ago. On Friday the hospital said he was in a serious but stable condition.

His supporters believe he was poisoned by a cup of tea he drank at an airport in Tomsk in Siberia, before boarding a flight.

Commenting on relations with Russia, Germany’s Foreign Minister Heiko Maas said they were under “dark clouds”.

“Sanctions remain in place, and will for as long as the basis for them does not change. And at the moment there are also some dark clouds and of course we expect Russia to contribute more to the clarification of the Navalny case than it currently is.”

Dad tracked down abducted son after 24yrs and went 310,000 miles to see him

US virus cases at highest level for two months

Italy to loosen lockdown from May 4: Coronavirus live updates

UK weather: DELUGE to smash the UK in 24 hours ahead of hail and thunder