At least 743 more people die in one day, reversing hopes after more encouraging numbers in the previous two days. 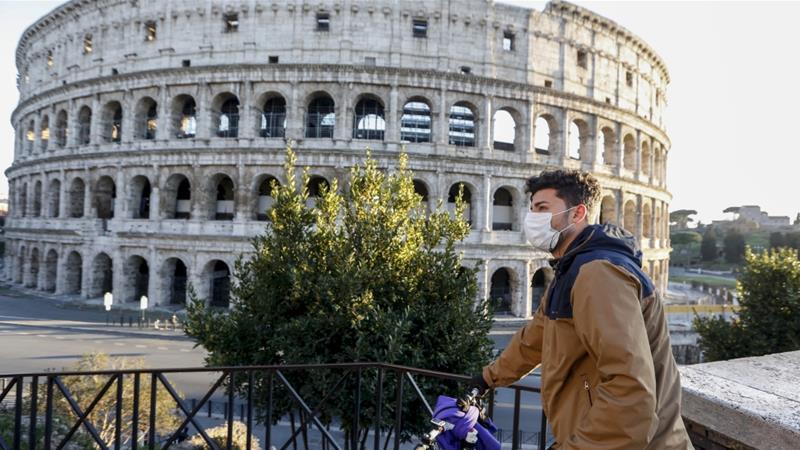 Fatalities in Italy from coronavirus have surged in the last 24 hours, the Civil Protection Agency said on Tuesday, dashing hopes the epidemic in the world’s worst-hit country was easing.

The death toll rose by 743 on Tuesday, the second-highest daily tally since the outbreak emerged in northern regions on February 21, after more encouraging numbers in the previous two days.

Some 602 deaths were recorded on Monday, far lower than the world record 793 deaths last Saturday.

Italy has seen more fatalities than any other country, with the latest figures showing that 6,820 people have died from the infection in barely a month.

The total number of confirmed cases hit 69,176 on Tuesday, but with Italy testing only people with severe symptoms, the head of the Civil Protection Agency said the true number of infected people was probably 10 times higher.

“A ratio of one certified case out of every 10 is credible,” Angelo Borrelli told La Repubblica newspaper, indicating he believed some 700,000 people could have been infected.

However, there was reassuring evidence that Italy’s coronavirus infection rate was slowing.

Officially registered new infections rose just 8 percent – the same as Monday, and the lowest level since Italy registered its first death on February 21.

It had been running at as high as 50 percent at the start of March.

Borrelli said more data over the next few days would help show “if the growth curve is really flattening.”

Still, the latest data comes as a disappointment to a country that has been in lockdown for two weeks, with schools, bars and restaurants shut and Italians forbidden from leaving their homes for all but essential needs.

“Most of the public opinion welcomed the lockdown as necessary,” journalist Francesco Giambertone told Al Jazeera, speaking from Milan.

“Basically, we have to test more, and people know it by now. So, new measures will probably be implemented in Italy to try to trace the movement of people by using their GPS, their smartphones, because the lockdown maybe is not enough.”

On Monday, the government closed all businesses not deemed to be essential to the nation’s supply chain of vital requirements.

After the latest figures, Prime Minister Giuseppe Conte stiffened fines for people leaving their homes to up to 3,000 euros ($3,225), from a previous maximum of 206 euros.

“Every one of us must play our part,” he told reporters at a news conference held by remote video link.

“If everyone obeys the rules, they don’t only protect themselves and their loved ones, but they will enable the whole national community to come out of this emergency.”

Meanwhile, the global health emergency continues to raise fears across the rest of Europe and the United States.

Scientists believe that countries such as Spain and France are following in Italy’s footsteps with a lag of a few weeks.

Deaths in Spain on Tuesday surged by 514 in one day, the most since the outbreak, bringing its total toll to 2,696. It also reported 6,600 new coronavirus cases, raising nationwide infections to 39,673.

Covid 19 catastrophe: How one hospitality business turned itself around