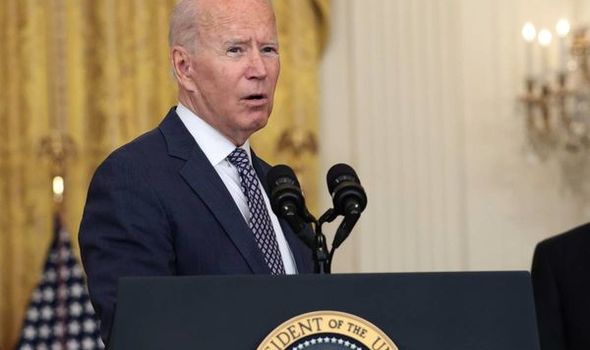 Fox News’ White House Correspondent Jacquie Heinrich tweeted: “The State Department has been hit by a cyber attack, and notifications of a possible serious breach were made by the Department of Defense Cyber Command.

“It is unclear when the breach was discovered, but it is believed to have happened a couple weeks ago.

“A source familiar tells Fox the State Department’s ongoing mission to evacuate Americans and allied refugees in Afghanistan “have not been affected”.

“The extent of the breach, investigation into the suspected entity behind it, efforts taken to mitigate it, and any ongoing risk to operations remains unclear.

“A DoS spox tells me: “The Department takes seriously its responsibility to safeguard its information and continuously takes steps to ensure information is protected.

“For security reasons, we are not in a position to discuss the nature or scope of any alleged cybersecurity incidents at this time.”

Earlier today, the US said it has evacuated 2,500 Americans from Kabul over the past week, senior U.S. officials said on Saturday, adding that Washington is fighting against “time and space” to evacuate people from Afghanistan.

Briefing reporters at the Pentagon, Major General William Taylor said 17,000 people have so far been evacuated including the 2,500 Americans.

Pentagon spokesman John Kirby said he did not have a “perfect figure” on how many Americans remain in Kabul and Afghanistan more broadly.

“We’re fighting against both time and space,” Kirby said.

“That’s the race that we’re in right now. And we’re trying to do this as quickly and safely as possible.”

Kirby declined to describe the specific “threat dynamics” in Kabul but called the security situation “fluid and dynamic.”

Kirby said the US goal is to “get as many people out as we can as fast as we can. And so that’s what the focus is.”

Taylor, with the US military’s Joint Staff, said that 3,800 people were evacuated on US military and chartered flights from the Kabul airport in the past 24 hours.

A week after the Islamist militant group Taliban took control of Afghanistan, the United States is desperately trying to evacuate thousands of people including Americans and at-risk Afghans who worked with the US-led forces during America’s two decade-long war in the country.

There have been chaotic scenes at the Kabul airport as the evacuation has unfolded.

In Brexit Britain, there may no longer be too many cooks in the kitchen