The First Lady attended a meeting at the White House as part of new efforts to address a teacher shortage in America after recovering from Covid. While listening to Secretary Marty Walsh in the Roosevelt room, the door swung open for the US President. He quickly interjected: “Whatever she says, I agree with.

Twitter users were quick to respond to the joke which left the room laughing.

Vasyk Marian added: “What is so funny here? That Biden forget where he is?” 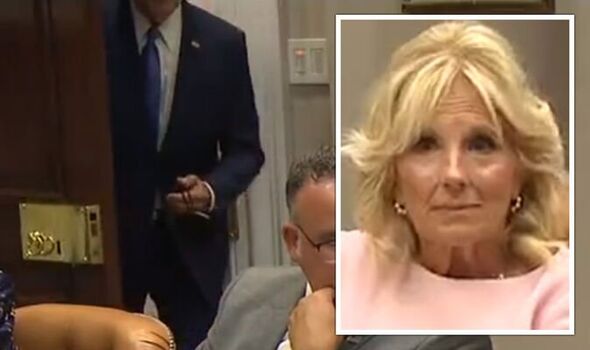 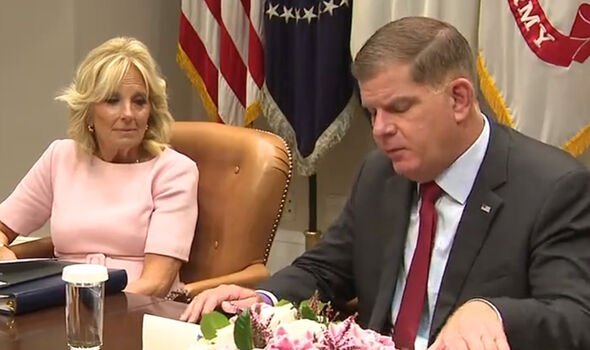 It comes as President Biden condemned violent threats against FBI agents who searched predecessor Donald Trump’s home as “sickening,” as he called for more police funding and an assault weapons ban in Pennsylvania.

Launching his first of three visits in a week to the political battleground, Biden angrily denounced people who have lashed out at federal law enforcement officials involved in the unprecedented search of the Republican former president’s Florida home on August 8.

“It’s sickening to see the new attacks on the FBI, threatening the life of law enforcement agents and their families for simply carrying out the law and doing their job,” Biden said.

Earlier this month, the FBI and U.S. Department of Homeland Security warned of an increase in threats following the search of Trump’s residence at Mar-a-Lago, when agents removed what prosecutors described as 11 sets of classified documents, including some marked top secret, as part of a criminal investigation.

In recent weeks, Biden has largely sidestepped conversations about the investigation, with the White House saying the Justice Department operates independently even though the risk of disclosing sensitive information has national-security implications.

Biden has sharpened his attack on members of the Republican party devoted to Trump, a theme expected to play heavily in a major prime-time address during another visit to Pennsylvania on Thursday.

“Let me tell this to my MAGA Republican friends in Congress. 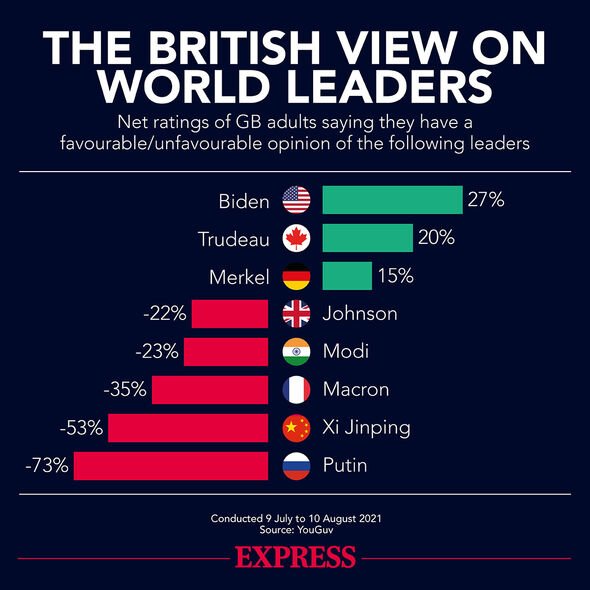 Don’t tell me you support law enforcement if you won’t condemn what happened on the 6th,” he said, referring to the Jan. 6, 2021 riot by Trump supports at the Capitol.

Republican National Committee Chairwoman Ronna McDaniel pushed back against Biden’s message, saying in a statement on Tuesday: “The agenda of Biden Democrats has left Pennsylvania communities less safe, and this is why Pennsylvanians will be voting for a new direction in November.”

Tuesday’s visit to the small city of Wilkes-Barre gave Biden an opportunity to address a concern for voters in a critical state that helped lift the Democrat to the presidency and plays host to one of the closest-watched 2022 Senate races.

Trump, who is flirting with challenging Biden for a second term in 2024, is expected to hold a rally in the same city on Saturday.