Here are the latest updates:

02:40 GMT – Osaka to ‘name and shame’ pachinko parlours that continue to open

Japan’s Osaka Prefecture has said it will name and shame pachinko parlours that continue to operate despite being told to close under coronavirus restrictions.

Pachinko parlours with their closely-packed lines of gaming machines are common throughout Japan and known for their loud music and flashing lights.

“They are big, and we know who they are,” said a spokesman for the prefecture.

On Friday, it identified six pachinko parlours in operation and three have now closed.

Of the new cases, two were among people returned from overseas, while the other was in the northern province of Heilongjiang bordering Russia.

Some 1.3 million Australians have downloaded the government’s CovidSafe tracing app since it was launched on Sunday.

Health Minister Greg Hunt says the app is necessary to help “disease experts find people who might have been exposed” and that its adoption was already ahead of expectations.

The surge in downloads as new poll showed Prime Minister Scott Morrison’s approval rating surge to 68 percent on his handling of the outbreak, the highest approval rating for an Australian leader since 2008.

I downloaded #COVIDSafe. I don’t regard govt as malign, I regard it as essential. Didn’t vote for this mob + have plenty of criticism but we’re a democracy. That means we all give and take. My ‘right’ to privacy gives way to responsibility to other ppl rn. Society > self.

00:45 GMT – Iran to reopen mosques in areas free of coronavirus

Iran plans to reopen mosques in parts of the country that have been consistently free of coronavirus infections, President Hassan Rouhani announced.

The country will be divided into white, yellow and red regions depending on the number of cases and deaths. In “white” areas mosques would be allowed to reopen and resume Friday prayers, according to the presidency’s website. 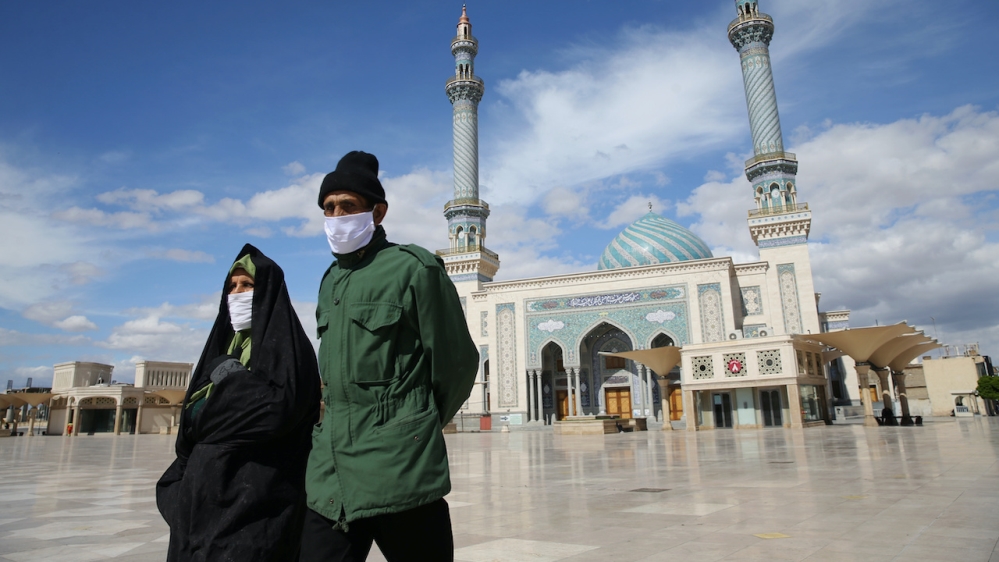 Italy’s Prime Minister Giuseppe Conte has announced the second phase of Italy’s lockdown will begin from May 4.

Under the plans, bars and restaurants will be able to provide takeaway as well as delivery, and people will be allowed to move around their own regions, but not beyond. Factories and construction sites will also be able to resume work, providing they respected social distancing and other health protocols.

“We expect a very complex challenge,” Conte said. “We will live within the virus and we will have to adopt every precaution possible.”

Museums and galleries can reopen from May 18 when sports teams will also be allowed to resume group training.

US President Donald Trump has rejected – in a tweet – reports that he plans to fire Secretary of Health and Human Services Alex Azar.

Trump described the reports as “Fake News” and said Azar was doing an “excellent job”.

Reports that H.H.S. Secretary @AlexAzar is going to be “fired” by me are Fake News. The Lamestream Media knows this, but they are desperate to create the perception of chaos & havoc in the minds of the public. They never even called to ask. Alex is doing an excellent job!

Read all the latest updates from yesterday (April 26) here.

Colorado voters will decide on 22-week abortion ban this fall

‘The worst is behind us’: Airlines see signs of continued recovery.