Officials say the spurt in cases is fueled by the densely packed economic centres of Mumbai, Delhi and Ahmedabad. 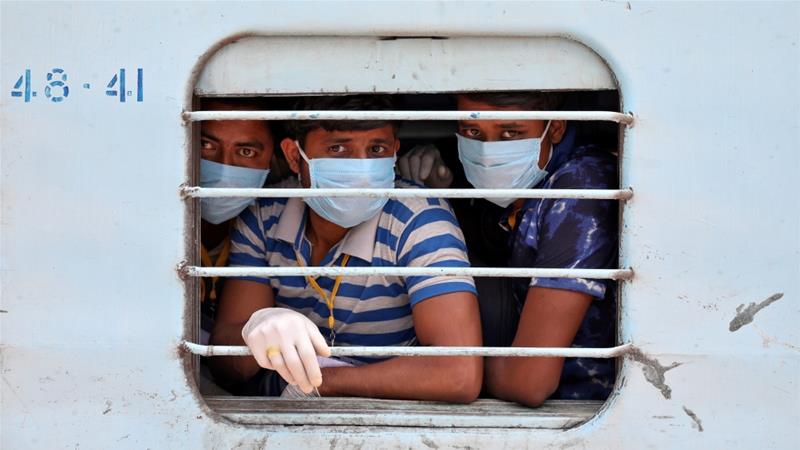 Coronavirus cases in India rose past 50,000, the health ministry said on Thursday, with the pace of new infections showing no signs of abating despite a strict weeks-long lockdown in the world’s second-most populous country.

Officials attributed the low toll to the government’s move to impose a stay-at-home order on the nation’s 1.3 billion people early in the cycle, but noted a spurt in cases from the densely packed economic centres of Mumbai, Delhi and Ahmedabad.

Health Minister Harsh Vardhan said Maharashtra, the state where Mumbai is located, was an area of particular concern and said the federal government stood ready to help.

“The (government) is ready to help in every way possible – be it manpower increase, capacity building, technical assistance, etc, or any kind of hand-holding that is required to manage the situation,” he said at a meeting with state health officials.

India this week allowed some economic activity to restart in less-affected parts of the hinterland to reduce the pain for hundreds of thousands of people out of work for weeks and running short on food and cash.

But the spreading contagion will increase the pressure on Prime Minister Narendra Modi to keep restrictions in place so it does not spin out of control and overwhelm the limited public health system.

India has reported an average of 2,800 cases each day over the past week. By comparison, China has reported new cases in the single digits over the same period.

Infectious diseases experts have also expressed concern that official data in India is not capturing the full extent of the crisis. The infection numbers in India fall far short of the US, which has 1.2 million cases and is nearing 75,000 deaths despite a much smaller population.

While the federal lockdown is due to end on May 17, authorities in south-central Telangana state decided to extend the lockdown till May 29 in a bid to flatten the curve of infections before opening up fully.

“The people themselves have asked for an extension,” said Chief Minister K Chandrashekhar Rao.

India, along with the US, Russia and Brazil, was among the big countries that had not yet been able to slow the pace of new infections, said Shamika Ravi, a Brookings senior fellow and a former member of the Prime Minister’s Economic Advisory Council.

“Their current strategies (contact tracing, testing and containment) are ineffective,” she said.

Dismembered boy, 17, ‘stabbed in neck and left to bleed to death’ by hitman