JERUSALEM (Reuters) – Israel reopened some schools on Sunday but the bid to edge back to normality as coronavirus concerns ease was boycotted by several municipalities and many parents who cited poor government preparation. 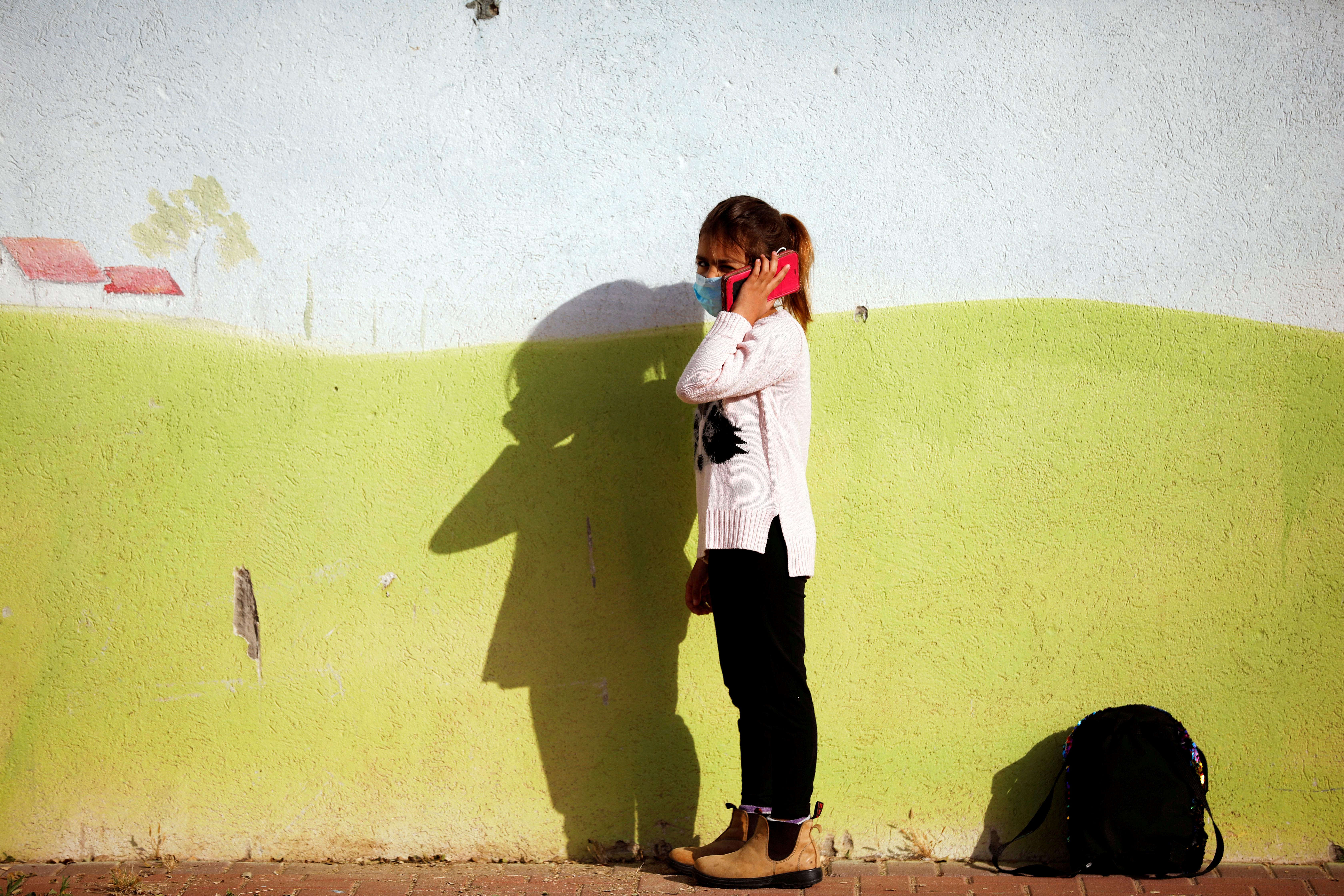 Kitted with masks and hand-cleaners, the first three grades of elementary school and the last two grades of high school were allowed back, redistributed in classes capped at 15 pupils to enforce social-distancing. If the move does not unleash fresh contagions, other grades and kindergartens may soon follow suit.

Many parents breathed more freely at seeing off their children after minding them for some six weeks – a mass home-confinement that had helped drive unemployment to 27% and sapped between 4% and 12% of daily GDP.

“We are excited and concerned at the same time but we have to take the first step,” Hila Mizrachi, a 37-year-old teacher, told Reuters as she escorted her own daughter to school.

Prime Minister Benjamin Netanyahu’s government cast the reopening as voluntary as entire municipalities – including that of Israel’s commercial capital Tel Aviv and those of the country’s 21 percent Arab minority – announced their schools would stay closed, for now.

“The plan on offer does not safeguard the health of the children and teaching staff,” Tel Aviv Mayor Ron Huldai said on Twitter. “We will not play by the rules of those who do not shoulder responsibility.”

The back-to-school decision was made on Monday and tweaked into the weekend. As the Israeli work-week began on Sunday, one mayor, of the city of Beersheba, said he had yet to receive final Education Ministry guidelines.

A coronavirus study cited by the government in its deliberations offered a spray of data and limited reassurance to Israelis wondering whether their elementary schoolers might infect family members. Children, the study found, were between 25% and 75% less contagious than adults.

In the ultra-Orthodox Jewish sector that makes up some 8% of Israel’s population and which has seen disproportionately high coronavirus outbreaks, the 7th to 11th grades were reopened after rabbis deemed this safer, the Education Ministry said.

“A Lesson in Zig-Zagging” lamented the main headline of the top-selling newspaper Yedioth Ahronoth.

The turnout rate at mainstream schools on Sunday was 60%, the Education Ministry said, after many parents said they were keeping their children home rather than see them become “guinea pigs”.

“We are not compelling parents to send their children. We are not, today, compelling the local authorities to open up,” Education Minister Rafael Peretz told Israel Radio, predicting full compliance soon. “We’ll ultimately wrap up this whole business in three or four more days with all of the nation’s schools on board.”

Israel, with a population 9 million, has reported 16,193 coronavirus cases and 230 deaths. Numbers of new infections have been falling over the past week.

To flush or not to flush: City of London trying to keep pipes clear amid COVID-19