Vladimir Putin could be publicly humiliated after the Russian leader signaled that he is ready for peace talks in Ukraine. Former UK Ambassador to Russia Sir Tony Brenton hinted that Ukraine could rebuff President Putin’s offer for negotiation. He said Kyiv feels “they are winning the war at the moment, and there are signs they are making some progress”.

Speaking to CNBC this morning, the former senior diplomat remarked on the “hopeful rhetoric” from Turkey and the UN over the potential for peace talks to restart between Russia and Ukraine.

He said: “It is getting more realistic.

“Russia has signalled in a number of ways that they are open for peace talks. They are ready for talks.

“The problem actually lies with the Ukrainians who think they are winning the war at the moment, and there are signs they are making some progress.” 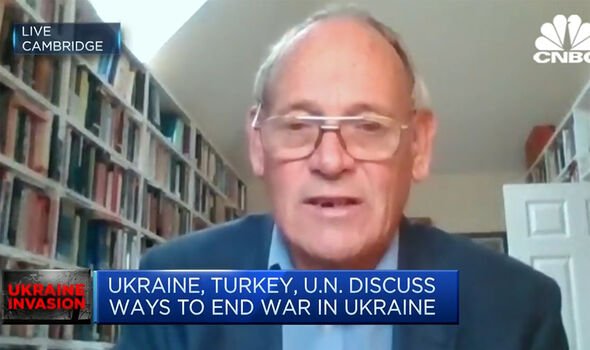 Sir Tony said: “Ukraine has repeatedly said there is no willingness on their side, no way for talks with Russia until Russia withdraws from the territory they occupy.”

However, he added that “if the war stays deadlocked,” the likelihood of peace talks grows.

When pressed on why President Putin would negotiate, Sir Tony explained: “Frankly, he has lost the war in terms of his original ambitions, basically absorbing Ukraine into Russia.

“He is stuck and making no progress in his second aim which is occupying the Donbas, and the east. 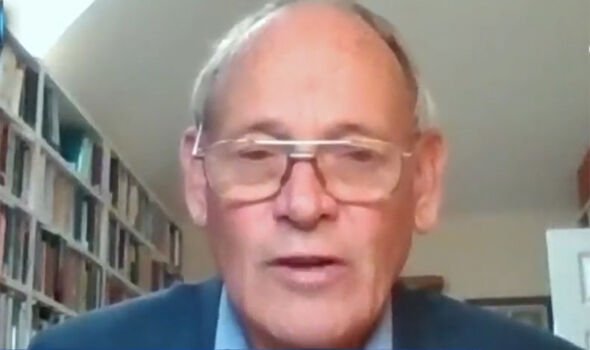 “The talks will not be easy but they offer a way out of what is a cul-de-sac for the Russians.”

Russia’s struggles were compounded today when the Institute for the Study of War found that there were “no claimed or assessed Russian territorial gains in Ukraine” on Thursday “for the first time since July 6, 2022”.

According to an update today from Ukraine’s General Staff, Russia has lost 44,700 troops in Ukraine so far. 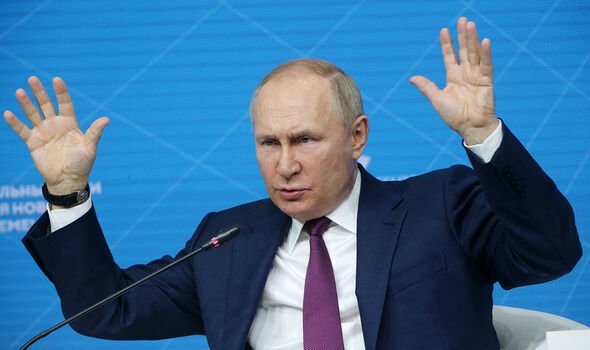 Two Russian villages were evacuated after a blaze at a munitions depot near the Ukrainian border in the Belgorod province.

At least four explosions were also heard near the major Belbek airbase in the occupied Crimean peninsula.

The pro-Russia governor of Sevastopol, Mikhail Razvozhayev, downplayed the incident, saying “there was no damage”.

The explosions are the latest in a string of apparent sabotage missions into Russian-held territory.