Putin is 'too healthy' says CIA director amid illness rumours

The Kremlin’s repeated insistence of Vladimir Putin’s impeccable health has become the subject of humour among allies of Ukraine. The Director of the CIA made a humiliating dig at Moscow’s propaganda while attending a security forum in Aspen, Colorado. During the rare appearance, William Burns described President Putin as “too healthy” according to reports from Russian authorities.

Across international media, rumours have swirled that the President may be suffering from some form of serious illness based on assessments of his weakened physical appearance and visible symptoms.

Speaking from Colorado, Mr Burns said: “There are lots of rumours about President Putin’s health and, as far as we can tell, he’s entirely too healthy.”

His statement was met by an outbreak of laughter from among the audience.

He followed up his declaration by adding: “That is not a formal intelligence judgement.”

The CIA head approached the subject of President Putin’s health in a humorous manner, mocking the numerous and repeated Kremlin assertions of his physical strength. 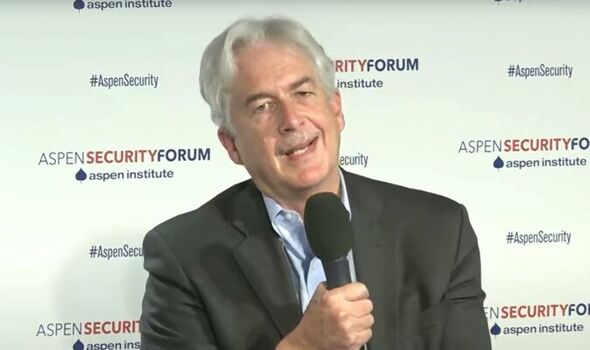 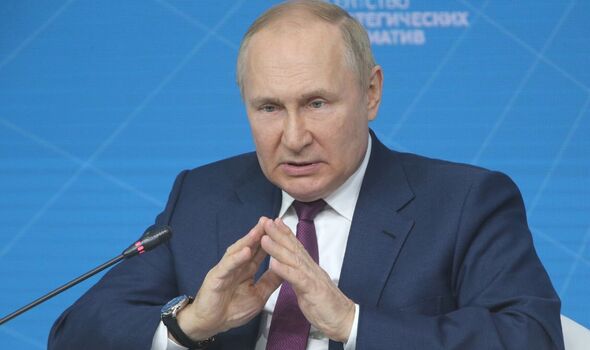 In an assessment of President Putin’s invasion of Ukraine, Mr Burns added: “His views have hardened, in my experience, over the years.

“He’s got his own way of looking at reality, as we could see in the first stages of this war.

“It was based on some profoundly flawed assumptions and some real illusions, especially about Ukraine and the will to resist in Ukraine, which he’s helped to create in many ways by aggression now over a period of at least eight years since 2014.” 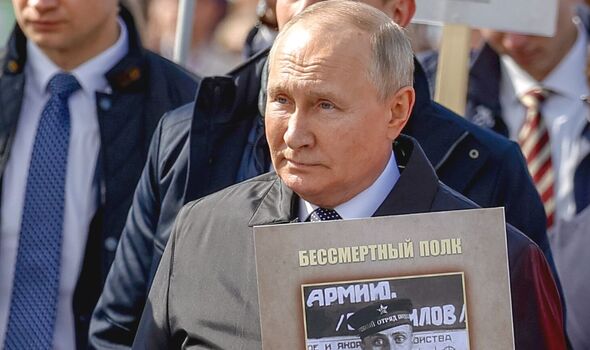 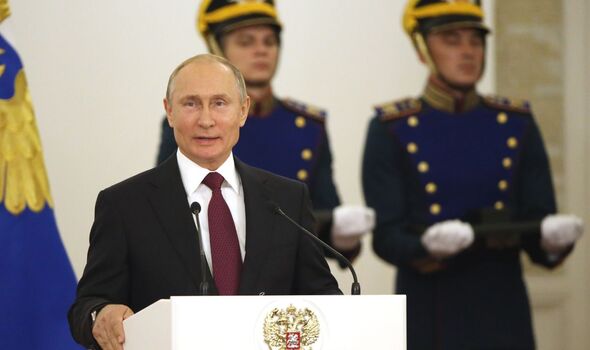 The Director of the CIA described the Kremlin’s justification for the invasion of Ukraine as considerably detached from reality.

Russia has repeatedly denied triggering the war after launching what Moscow branded a ‘special military operation’ in Ukraine back in February.

Since the conflict began, state-controlled media in Russia have framed President Putin as a powerful, undefeatable leader who will save Ukraine from a feigned oppressive regime.

By contrast, the international media has heavily condemned the campaign of violence launched in Ukraine, while also highlighting evidence of an apparent decline in the Kremlin leader’s health. 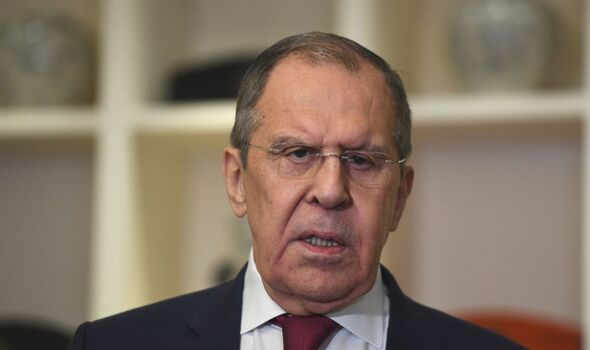 During a Victory Day parade in Moscow’s Red Square, the Russian leader was captured walking in an uncomfortable manner, notably limping during parts of the procession.

A month later, President Putin was filmed visibly shaking and appeared to clutch the podium in front of him during a Kremlin awards ceremony.

The President’s face has also appeared bloated and pale, fuelling rumours that his appearance may be a side effect of steroid treatments for some form of long-term illness.

The Kremlin has strictly denied the speculation as Russian Foreign Minister Sergey Lavrov said: “I don’t think sane people can discern any sort of symptom of disease in this man.”

United will try testing passengers on some New York-area-to-London flights.

How to Improve on Ice Cream Cones? Churros.

All eyes on Tesla: What result means for Kiwi investors