Nova Kakhovka has been under Russian control since Vladimir Putin’s forces swept through the Kherson region of southern Ukraine. On Tuesday, Ukrainian forces said they had destroyed a first ammunitions base in the town using US-supplied High Mobility Artillery Rocket Systems (HIMARS).

At least seven people were killed and homes and warehouses in the area were destroyed in the attack, captured and posted on social media shortly after.

Serhiy Khlan, who sits on the Kherson regional council covering the Nova Kakhovka area, wrote on his Facebook page on Tuesday: “In Nova Kakhovka minus one Russian ammo depot.

Russian news agency TASS reported that “dozens were injured” and many remained “under the rubble”. 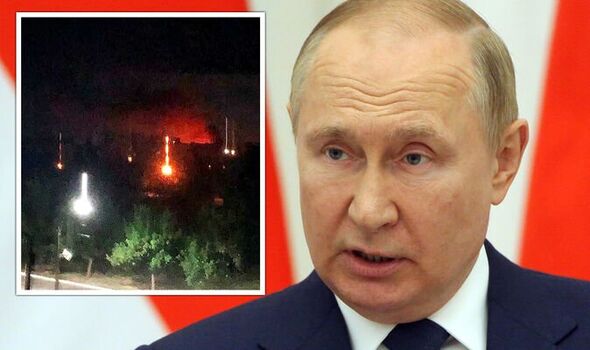 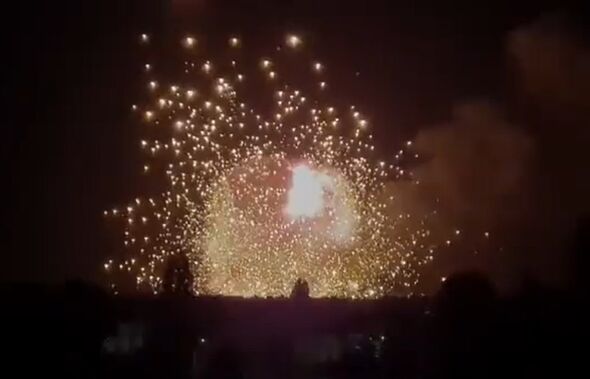 On Thursday morning, Eastern European news outlet NEXTA then wrote on Twitter: “The Armed Forces of #Ukraine, thanks to American HIMARS rocket launchers, have destroyed another ammunition depot in #NovaKakhovka, #Kherson region.

“This was reported by Serhiy Khlan, a member of the Kherson regional council.

“According to the Operational Command South of the #Ukrainian Ground Forces, 13 occupiers and 6 vehicles were liquidated in #NovaKakhovka, #Kherson region.”

Mr Khlan, posting on his social media, thanked the US for the HIMARS following Thursday’s attack on the ‘Sokol’ facility. 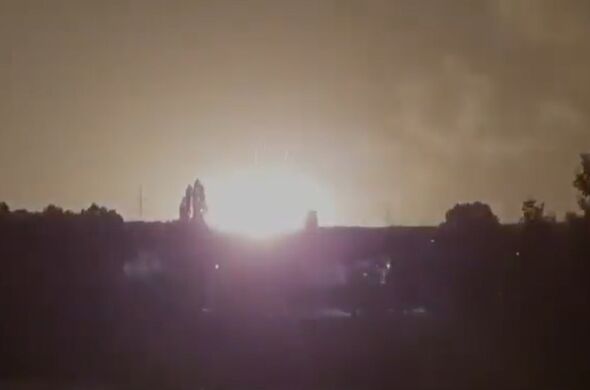 The scale of the attack was disputed by Russian sources on Thursday morning, with a Russian state news agency report insisting there had been no casualties from the renewed onslaught.

TASS quoted Ekaterina Gubareva, the deputy head of the military-civilian administration in Kherson, who reportedly described the damage from the strikes as minor.

“They fired 30 missiles, but only three flew.

“Most importantly, yesterday we had zero casualties, zero losses of equipment, the Kakhovskaya hydroelectric power station and our team are working.”

The town is home to a key hydroelectric dam, which supplies the Crimean peninsula with part of its water supply.

Mr Khlan warned residents in the area on Tuesday to stay away from the area and take measures to shield themselves.

He said: Please take care of yourself and do not come close to the place of the detonation.”

The town has reported increased numbers of explosions over the past week.

TASS said on Thursday morning: “The Ukrainian military has been regularly shelling settlements in the Kherson region after the region got out of Kyiv’s control.

“So, on Monday evening they attacked Novaya Kakhovka with the help of the American MLRS HIMARS.

“This led to damage to buildings and an explosion in warehouses with mineral fertilisers.”