ISLAMABAD (Reuters) – Sabir Durrani says he offers prayers almost every day at a mosque in the central Pakistani city of Multan. He says that often a dozen or more men are in attendance – none of them wearing protective face masks. 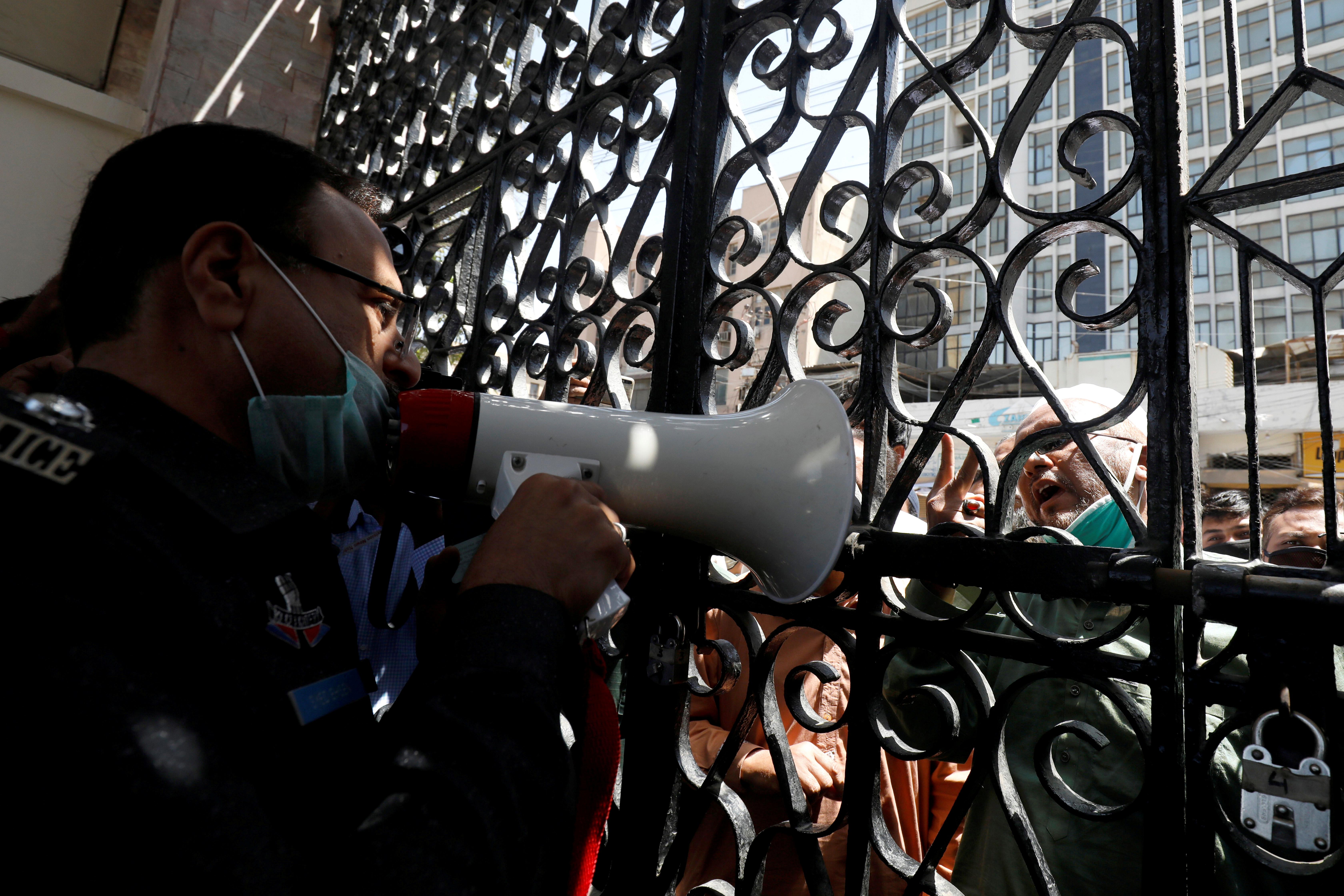 Durrani, 52, is among thousands of devout Muslims flouting Pakistan government orders issued late last month banning religious congregations of five or more people to stem the spread of the coronavirus. The disease has so far infected more than 5,300 people and killed 93 in the world’s second-most populous Muslim country.

“Our prayer leader told us that the virus can’t infect us the way it does Western people,” Durrani told Reuters. “He said we wash our hands and we wash our face five times a day before we say our prayers, and the infidels don’t, so we need not worry. God is with us.”

The Islamic lobby holds immense clout in Pakistan, a country of over 200 million people. Religious parties have not been successful in electoral politics but they are able to whip up large, often violent, crowds on matters pertaining to religion, such as in support of the country’s harsh blasphemy law.

“Religion and prayers are an emotional issue for many people in Pakistan, and the government has to be sensitive to that,” Mirza Shahzad Akbar, a special assistant to Prime Minister Imran Khan, told Reuters.

More than 60% of the coronavirus cases in Pakistan have so far been linked to Muslims returning from pilgrimages in the Middle East and followers of the Tablighi Jamaat, an orthodox proselytizing group.

But the worry is of a big spike coming from the congregational prayers held in mosques, especially on Fridays, the Islamic sabbath. The numbers in attendance at prayers are likely to increase with the onset of the holy month of Ramadan within two weeks, and authorities are struggling to cope.

While the Council of Islamic Ideology, a body that advises the government on religious issues, has called on clerics and the public to cooperate with government measures, several priests and local leaders have opposed the ban.

A prominent leader of a religious party told a crowd of hundreds of people gathered for a funeral last week that government orders to limit congregations were unacceptable.

“If you do this, we will be forced to think that mosques are being deserted on America’s instructions,” Mufti Kafayatullah told the crowd. “We’re ready to give our lives, but not ready to desert our mosques.”

In Karachi, Pakistan’s largest city, police were attacked for a second straight week as they attempted to halt prayers at a mosque last Friday. A policewoman was injured in the clashes, and in the previous week, police fired shots in the air to quell an angry mob.

In other cities, police seem to be turning a blind eye to some mosque gatherings.

Last Friday, one of the top Twitter trends in Pakistan was “Muslims, the mosque is calling you”.

In the capital, Islamabad, hundreds gathered on Friday without any hindrance at one of the city’s largest mosques, located just two miles (three km) from the seat of Pakistan’s government, including parliament and the prime minister’s secretariat.

On March 27, authorities filed 88 cases against mosque administrations in Karachi and arrested 38 people for defying restrictions on Friday congregations, but charges were dropped a day later, and the people were released. 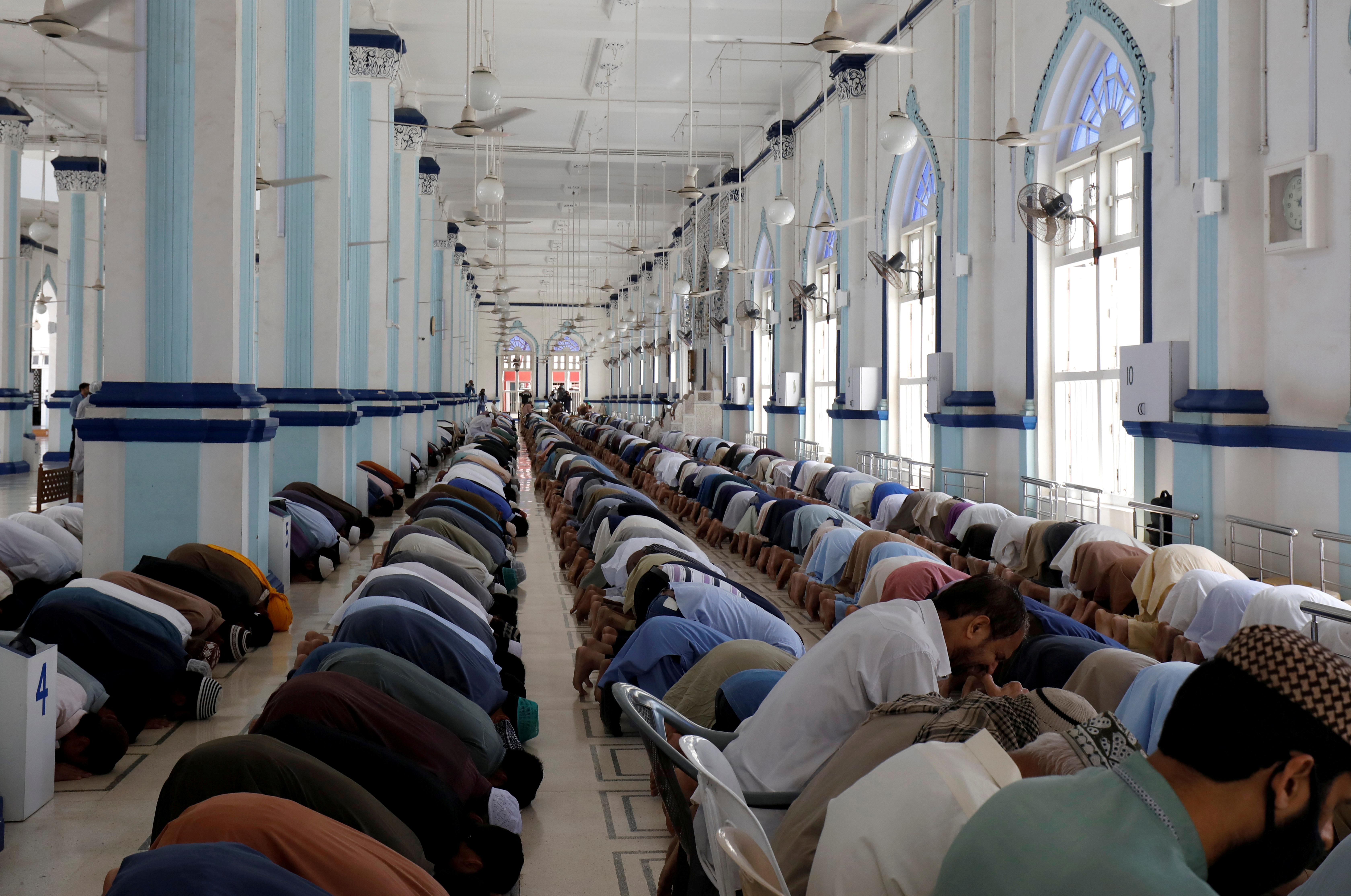 “I think it’s partly appeasement and partly the fact that Pakistan’s governments and politics are locked permanently in an electoral framework in which they don’t want to lose support of the religious elite and religious proletariat,” Pakistani author and defence analyst Ayesha Siddiqa told Reuters.

Akbar, the special assistant to the prime minister, said most mosques were cooperating with the government.

He added however: “This is a sensitive matter, we don’t want to impose it using a stick. And even if we wanted to, there aren’t enough sticks to implement it across Pakistan.”

Gang violence in Denver surges, but police say it’s not due to dueling groups

Sturgeon humiliated: Shameless attempt to suck up to EU backfires as interviewer hits back