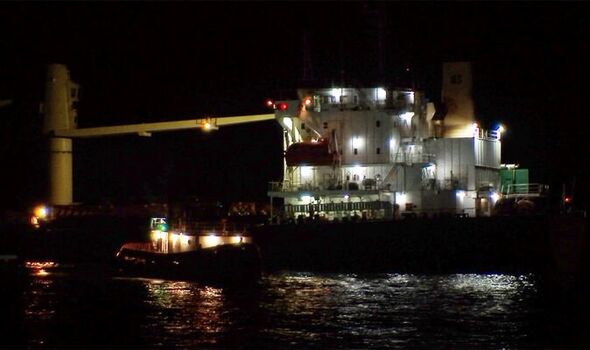 The Bulk Carrier OS 35 IMO9172399 collided with the LNG tanker ADAM LNG, which is currently anchored on the western side of the peninsula, late on Monday night. The ship was loaded with 183 tonnes of heavy fuel oil, 250 tonnes of diesel and 27 tonnes of lube oil. It was carrying 24 crew, the Gibraltar Government said.

Tugs were deployed and booms were placed around the vessel to contain oil spills.

The incident happened as the OS 35 manoeuvred between Catalan Bay and Sandy Bay to leave Gibraltar for Vlissengen in the Netherlands.

The Government said: “The Port Authority is dealing with an incident involving a collision between two vessels in the Bay.

“The Port Authority directed the vessel OS 35 to the Eastside in order to ensure it could be beached and in that way try to minimise as much as possible the risk of the vessel sinking and to secure the lives of the mariners on board.

“The vessel is presently beached off Catalan Bay.” 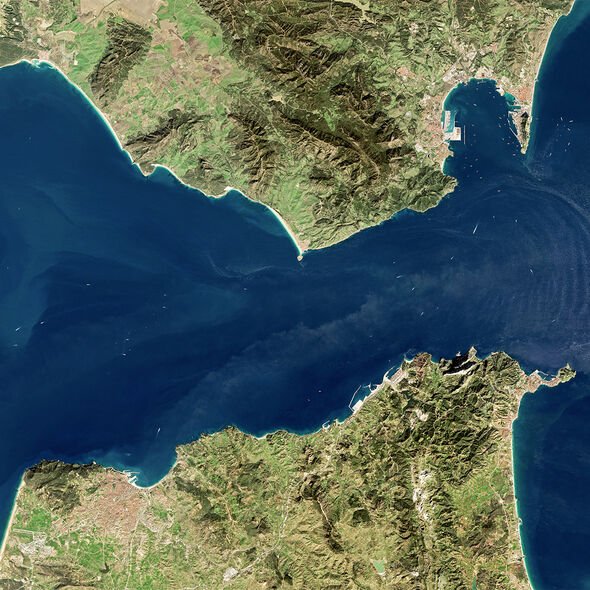 In an update, the Government said the OS 35 was already “resting on the seabed in 17 metres of water”, just 200 metres off the shore.

The Port Authority is continuing to assess the information, with vessels from all agencies in Gibraltar with maritime assets in attendance to assist.

Crews are still on board “at the request of the Captain” while the Gibraltar Pilot has disembarked safely.

According to the Government, the Captain of the Port said there is “little to no risk” to anyone.

Early on Tuesday morning, a dive team was deployed by the Gibraltar Port Authority to carry out an underwater inspection.

The Strait of Gibraltar is a busy waterway that separates Europe and Africa.

OS 35, which is registered on the South Pacific island of Tuvalu, was attacked by pirates off the coast of Somalia in 2017. Chinese and Indian forces provided assistance.