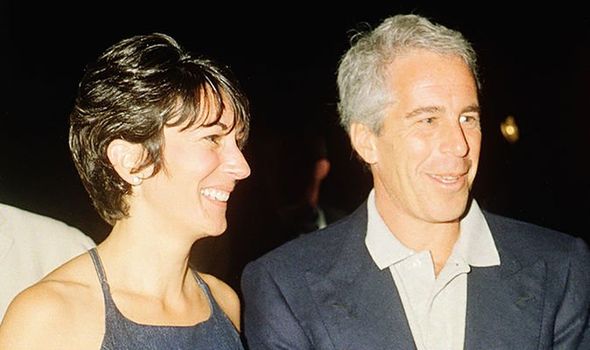 They made the request yesterday an hour and a half after starting their discussion. They also sought extra stationery supplies, sending out a note asking for different coloured Post-it notes, a white paper board and highlighters in different colours.

The jury also asked to look at the testimony of Matt, the boyfriend of the accuser Jane, who corroborated her account of being recruited and abused – when aged 14 – by Maxwell and Jeffrey Epstein.

There were two charges relating to Jane in that Maxwell is said to have enticed her to be sexually abused by late paedophile Epstein.

Following a series of questions from Maxwell’s lawyers and the prosecution, Judge Alison Nathan directed the jury to two parts of their instructions for a definition of enticement.

She gave them the extra instruction that it could mean: “Attracting, inducing or luring using hope or desire.”

Maxwell looked relaxed as she entered the court after spending Christmas and her 60th birthday behind bars. She wore a light brown turtleneck sweater matched with a black mask.

Her sister Isabel sat in the public gallery. Maxwell threw her arms around her lawyers. Jeff Pagliuca turned to her and said: “Happy birthday and happy Christmas.”

She had to spend the holiday period in prison after the jury of six men and six women failed to reach a conclusion in the case last week.

Ahead of yesterday’s session, the jury had deliberated for 16 hours and 20 minutes.

Maxwell’s lawyer Laura Menninger said Maxwell had been made to look like “Cruella de Vil and the Devil Wears Prada all wrapped up into one”.

Such a portrait was “as old as Hollywood”, Menninger said.

If the jury fails to reach a verdict by tomorrow they will have to continue deliberations next week.

The court will be closed on Thursday and Friday for the New Year break.

Maxwell, who faces 80 years in prison if convicted, has been in custody at the Metropolitan Detention Center in Brooklyn, New York, which she has described as a “hell hole”, since her arrest in July 2020.

She said her treatment in prison is so bad it would be “fit for Hannibal Lecter”, according to the legal filings earlier this year.

In her closing remarks, Menninger said: “The government has failed to prove any charge beyond a reasonable doubt and the only correct verdict in this case is not guilty on each count.”

Maxwell denies six counts of recruiting and transporting underage girls for her former boyfriend Epstein, who killed himself in prison.