Hundreds of demonstrators, including some carrying a far-right imperial flag, attempted to enter the historic building on Saturday afternoon, amid growing anger at COVID-19 measures across the country. German police battled with the crowds after safety barricades were overwhelmed by a group of protesters, who then attempted to run up the stairs of the Reichstag.

However, police did manage to keep the violent demonstrators out of the famous building, but the day was marred by arrests and many officers were left injured.

Officials say more than 38,000 people took to the streets of the capital – double the number officials had expected.

Mr Steinmeier also condemned the waving of the imperial flag, which was used by the German Empire from 1871 to 1918. 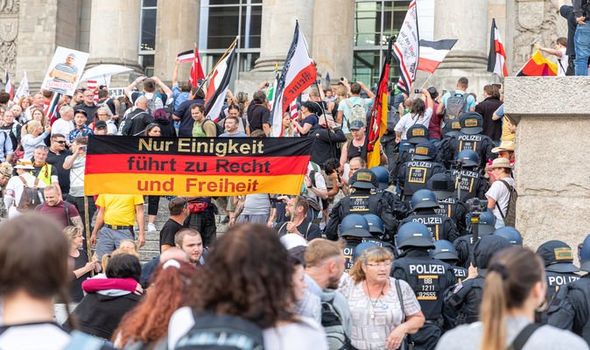 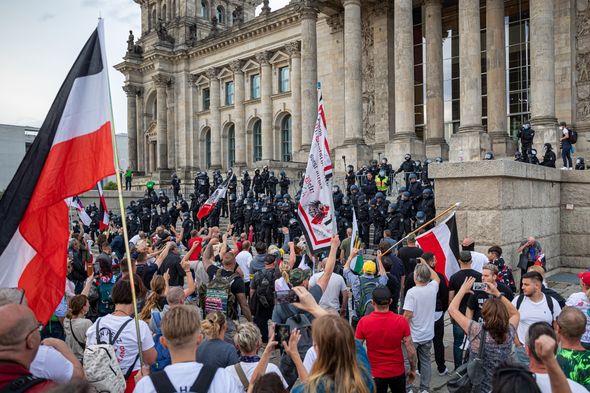 He said: “Flags from the Reich and far-right profanity in front of the German parliament are an unacceptable attack on the heart of our democracy.

“We will never accept this.”

Finance minister Olaf Scholz said the protest outside parliament had tainted democracy with “symbols from a bad dark past”.

Mr Scholz said: “It is unacceptable that some now appear in front of the Bundestag building, the Reichstag, building, the most important symbol of our democracy, the parliament, with symbols from a bad dark past, flags that have nothing to do with our modern democracy.” 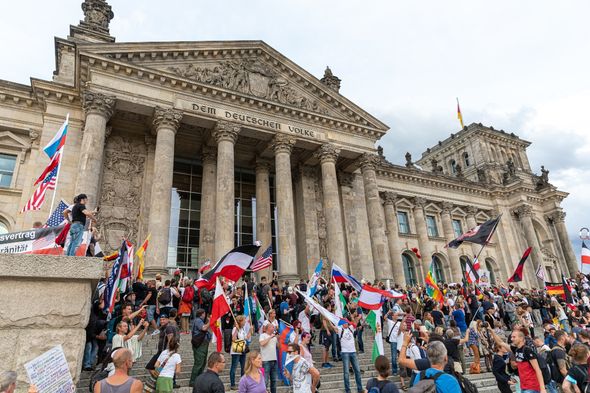 The Reichstag building was set on fire in 1933 and many historians believe this help to pave the way for Adolf Hitler’s Nazi rule to take over without any scrutiny.

By 1990, extensive restoration and renovation took place on the building following the reunification of West and East Germany.

On October 4, 1990, the Bundestag of the newly reunified German state met for the first time in the Reichstag after parliament moved from Bonn to Berlin. 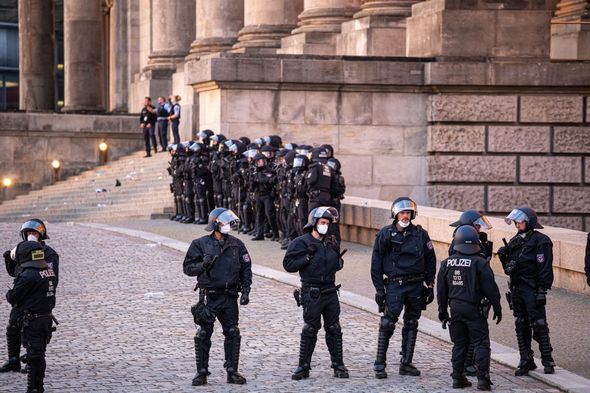 The lower house of Germany’s national legislature has remained in the capital ever since.

Interior Minister Horst Seehofer said the Reichstag is the “symbolic centre of our democracy”.

Mr Seehofer said some 3,000 far-right sympathisers and extremists were among the tens of thousands of protesters. 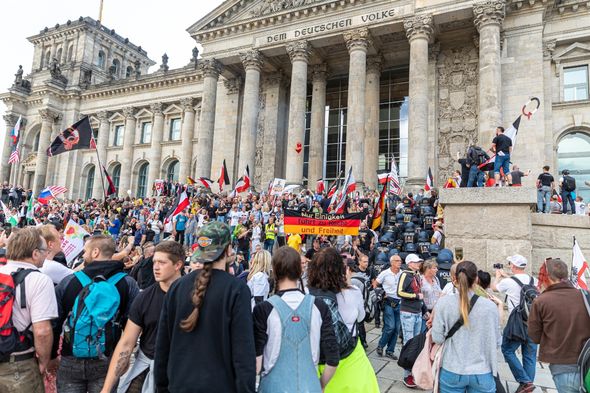 He added: “It is unacceptable to see extremists and troublemakers use it for their own ends.”

Anti-coronavirus protests were not just confined to Berlin this weekend, in London hundreds of demonstrators travelled to Trafalgar Square for a “Unite for Freedom” rally.

In Paris, around 300 people took part in a similar demonstration against new mask rules and other restrictions.

David Beck: Freedom or freedumb? I’ve had enough of the vocal minority