Witnesses said the streets of Dijon resembled a war zone and expressed surprise the riots had barely been mentioned in the capital Paris. The trouble erupted last Friday when 100 Chechen youths from across France descended on the Dijon suburb of Gresilles to avenge an attack on a 16-year-old Chechen youth earlier in the week. Some reports suggested the thugs had travelled from as far afield as Belgium and Germany to join the rampage.

Gresilles is a low-income neighbourhood with a heavy North African immigrant population.

A Dijon police source described the ethnic Chechens as heavily armed and said they had told local law enforcement they had come “to clean things up”.

The teenager’s father has since appealed for calm.

He told French newspaper Le Parisien: “The story of my son’s attack has spread on social media and within the Chechen community.

“But while we hadn’t asked for anything, several people we don’t know came spontaneously to Dijon. And they overreacted.” 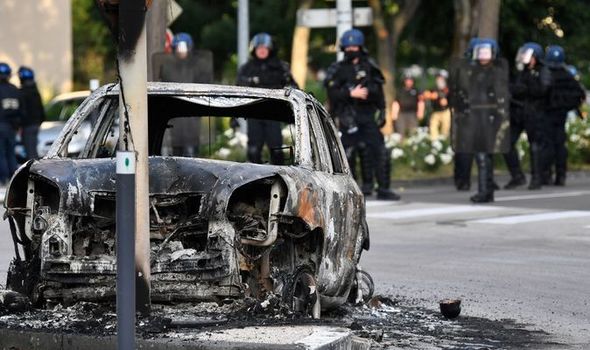 He vowed an “extremely strong response” with more than 150 police and paramilitary gendarmes mobilised to halt any further unrest.

Mr Nunez said: “I want to send a very clear message to the hooligans we have seen brandishing weapons, to the individuals who have come here to commit violence in Dijon.”

He denied police had been slow to intervene, praised their courage, and said reinforcements would remain in the city as long as needed. 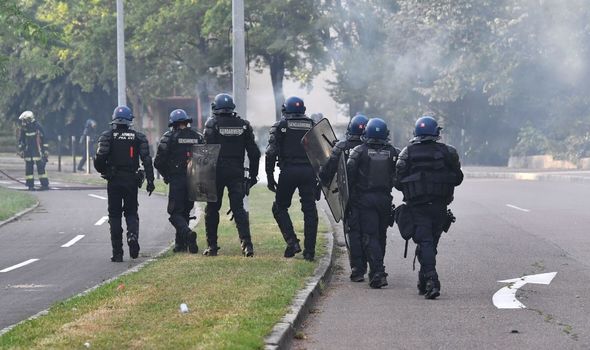 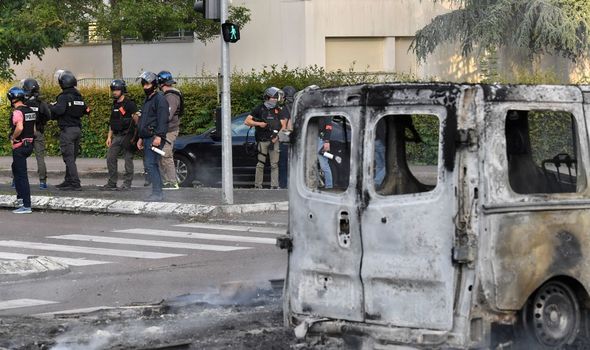 Regional radio station France Bleu quoted Dijon prosecutor Eric Mathias as saying he had opened an investigation into attempted murder by an organised group and incitement to violence.

Mr Mathias said Chechens had allegedly used social media to issue a France-wide call for retaliation against the Maghreb community in Gresilles.

Videos circulated on social media show dozens of hooded Chechen men, some wearing balaclavas and brandishing handguns, crowbars and knives, roaming the streets of the suburb.

Some fired their gund into the air while others destroyed surveillance cameras and setting fire to bins and vehicles. 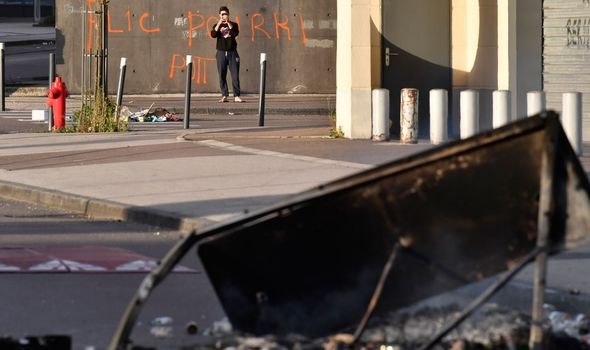 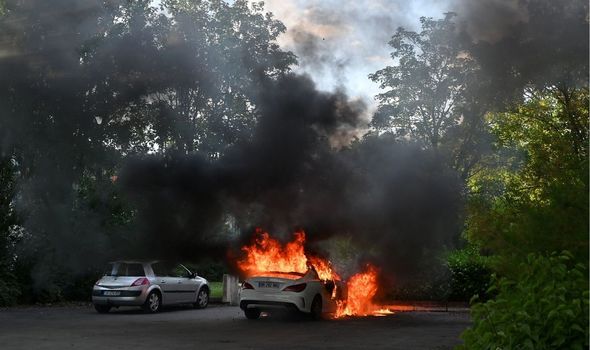 German journalist Wolfgang Münchau said Dijon looked like a war zone with gangs carrying rifles and a car accident that seemed out of an action movie.

He said: “Videos and comments went viral on social media, though interestingly there was hardly any coverage in the main newspapers.

“At a moment when the French are just about to find their way back to normality, these pictures are a reminder that this includes violent clashes and destruction of property.

“It raises the need for law and order just at the time when young people are taking to the streets to protest against excessive use of police force. A political nightmare.”

Dijon mayor Francois Rebsamen denounced a lack of police resources in provincial cities and said: “We’re no longer in a functioning Republic when that is how things play out.”

He said: “It would have been dangerous to intervene earlier.

“If it had kicked off, there would have been shooting everywhere. There would certainly have been injuries, deaths.” 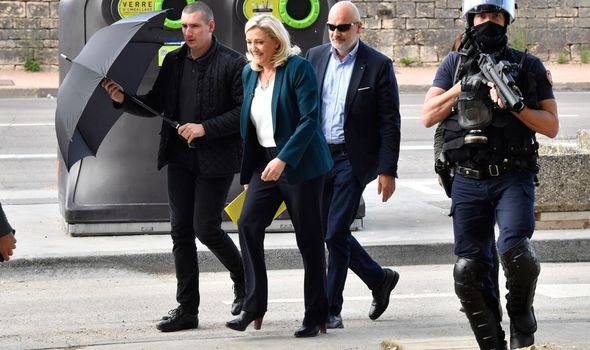 The clashes came amid bitter criticism over alleged racism and brutality by French police, which has itself sparked protests in recent days.

Marine Le Pen, leader of the French far right party Rassemblement National travelled to Dijon, despite being asked not to by local authorities, and launched an attack on president Emmanuel Macron.