(Reuters) – Abdullah Abdullah, a three-times presidential contender, held a parallel inauguration as his rival, Ashraf Ghani, was sworn in as president of Afghanistan on Monday. 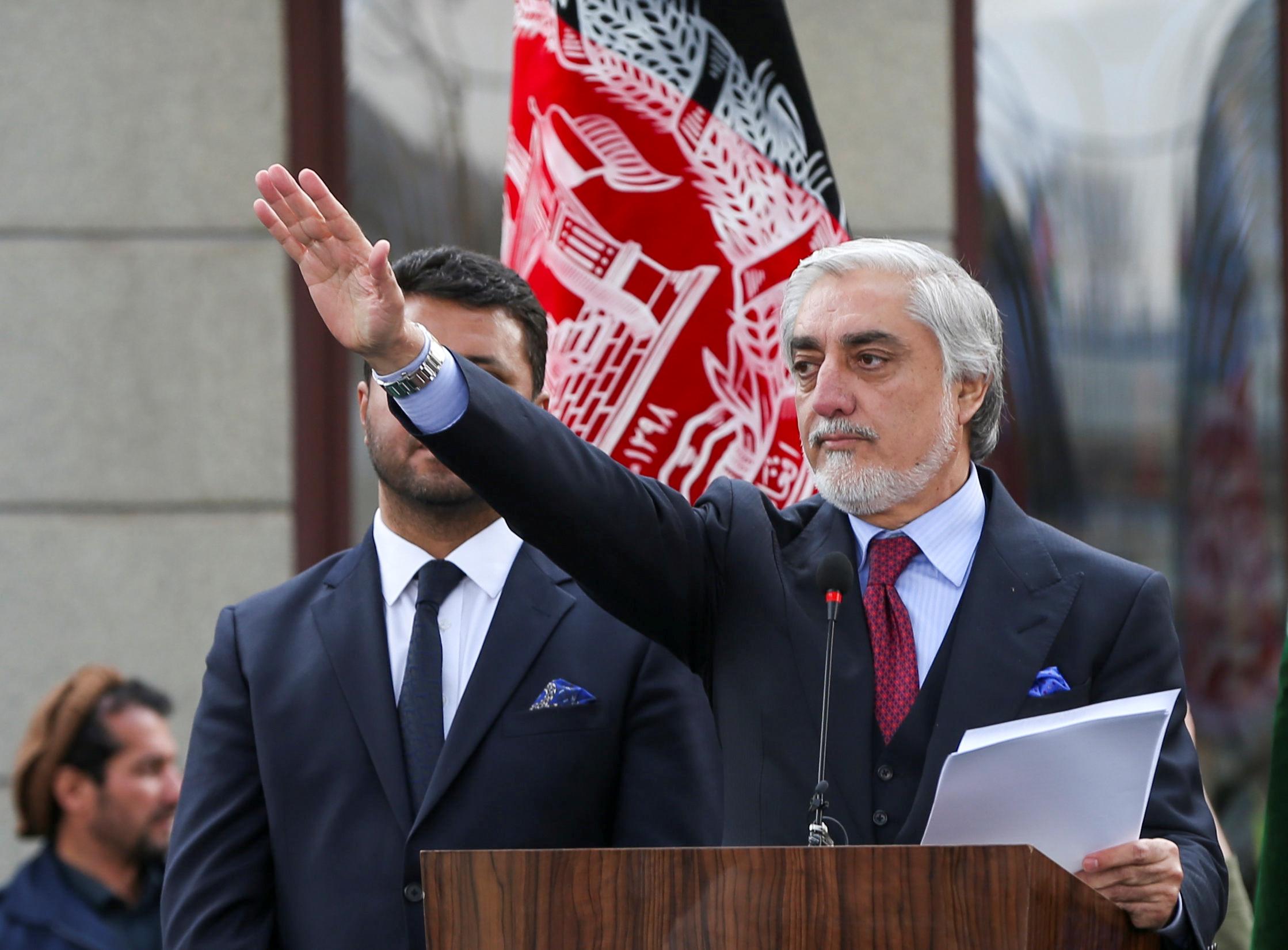 Here are some details about Abdullah and his political career:

– After working as a medical doctor in his twenties, Abdullah came into politics – and war – with the anti-Taliban resistance hero and warlord Ahmad Shah Massoud, assassinated two days before the Sept. 11, 2001 attacks on the United States by Islamist group al Qaeda.

– A Tajik-Pashtun, Abdullah was made foreign minister in 2001 by then President Hamid Karzai after the Taliban Islamist militant group was ousted, but resigned in 2006.

– He was narrowly beaten by Ghani in the 2014 presidential election and became chief executive, a newly created role with prime ministerial powers.

– A power-sharing agreement between Ghani and Abdullah, who is now 59, was marked by bitter infighting, complicating moves to carry out reforms.

– Ghani and Abdullah were rival candidates in the presidential election held on Sept. 28 last year. The election was marred by allegations of rigging, technical problems with the biometric devices used for voting, violence and other irregularities.

– In February, the Election Commission announced Ghani had won 50.64% of the vote, enough for outright victory in the first round. Abdullah was declared the runner-up with 39.52% but he said he and his allies had won the election and would form the next government.

– There was no initial statement from the United States recognizing Ghani as the election victor.

– But Ghani’s inauguration on Monday was attended by Zalmay Khalilzad, the U.S. Special Envoy for Afghanistan, senior U.N. officials and some Western diplomats, signaling the international community’s validation of Ghani.

– Diplomats and political analysts have said discord between Ghani and Abdullah could complicate the next steps toward peace following the signing of a deal between the United States and the Taliban that has been trumpeted as a stepping stone to a full withdrawal of foreign troops from Afghanistan and an end to 18 years of war.

Covid-19 coronavirus: MIQ staffers speak of human cost of working on the frontline