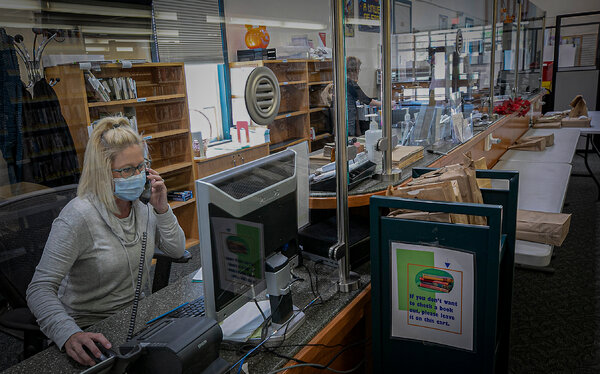 By Sarah Mervosh and Julie Bosman

The Northeastern United States, devastated by the coronavirus in the spring and then held up as a model of infection control by the summer, is now seeing the first inklings of what might become a second wave of the virus.

The rise in case numbers has prompted state and local officials to reverse course, tightening restrictions on businesses, schools and outdoor spaces.

In Boston, plans to bring children back to school have been halted as cases climb precariously. New virus clusters are emerging in Connecticut, Maryland, Pennsylvania and Rhode Island. In New York City, the number of new cases each day now averages more than 500 for the first time since June, and the city is putting strict rules in place in some neighborhoods.

In New Jersey, where hospitalizations are on the rise and the rate of infection has almost doubled, towns have closed public parks and picnic areas to discourage people from gathering. Gov. Gina Raimondo of Rhode Island extended restaurant capacity rules for another month.

Michael Osterholm, an infectious diseases expert at the University of Minnesota, said that early in the nation’s outbreak, New York and much of the Northeast had successfully tamped down transmission of the virus with physical distancing and masking, as much of Europe had done.

“The point is, once you let up on the brake, then eventually, slowly, it comes back,” Dr. Osterholm said.

By many measures, the Northeast is still doing quite well, particularly compared with virus hot spots elsewhere in the country, including the Midwest and Great Plains.

Still, the number of people in the hospital — a clear measure of those most seriously affected by an outbreak — is starting to trend slightly upward again in the Northeast.

There may be a number of reasons for the upward trend in cases.

The air turned suddenly chilly in past few weeks, sending people who had been lounging in sunny parks indoors. Students returned to schools and college campuses.

But it may also be that Northeasterners, who were among the first to take the virus seriously, are simply growing weary.

“We’re all kind of exhausted with it,” said Danielle Ompad, an infectious-disease epidemiologist at New York University. “We have to acknowledge that this is not easy.”

Italy to loosen lockdown from May 4: Coronavirus live updates

Tree planting is booming. Here’s how that could help, or harm, the planet. – The Denver Post