The four-year air pollution study, which followed 68.5 million older Americans, was the first of its kind. 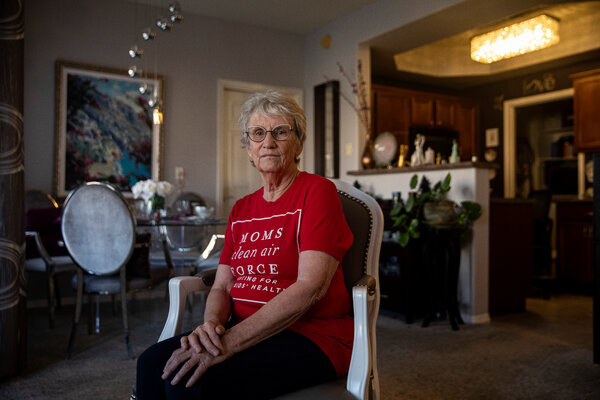 WASHINGTON — Older Americans who regularly breathe even low levels of pollution from smokestacks, automobile exhaust, wildfires and other sources face a greater chance of dying early, according to a major study to be made public Wednesday.

Researchers at the Health Effects Institute, a group that is funded by the Environmental Protection Agency as well as automakers and fossil fuel companies, examined health data from 68.5 million Medicare recipients across the United States. They found that if the federal rules for allowable levels of fine soot had been slightly lower, as many as 143,000 deaths could have been prevented over the course of a decade.

Exposure to fine particulate matter has long been linked to respiratory illness and impaired cognitive development in children. The tiny particles can enter the lungs and bloodstream to affect lung function, exacerbate asthma and trigger heart attacks and other serious illness. Earlier research has found that exposure to particulate matter contributed to about 20,000 deaths a year.

The new study is the first in the United States to document deadly effects of the particulate matter known as PM 2.5 (because its width is 2.5 microns or less) on people who live in rural areas and towns with little industry.

“We found a risk of dying early from exposure to air pollution, even at very low levels of air pollution across the United States,” said Daniel S. Greenbaum, president of the Health Effects Institute.

The findings come as the Biden administration is considering whether to strengthen the national standard for PM 2.5, which is currently set at a yearly average of 12 micrograms per cubic meter, a level higher than that recommended by World Health Organization.

Researchers concluded that 143,257 deaths could have been prevented between 2006 and 2016 if the standard had been tightened to 10 micrograms per cubic meter.

“If we were to reduce PM 2.5, we would be saving a substantial amount of lives,” said Francesca Dominici, a professor of biostatistics at Harvard who led the study, which took four years to complete. “It’s highly significant.”

“This is important evidence for E.P.A. to consider,” Dr. Dominici added.

Other studies have linked fine soot pollution to higher rates of death from Covid-19, with Black and other communities of color particularly at risk because they are more likely to be located near highways, power plants and other industrial facilities.

The Biden administration has made tighter regulation of emissions from power plants, factories and other industrial sites central to its strategy to address environmental justice.

Ex-head of world athletics Diack gets jail for corruption