From the beauty of ice and snow to the danger of slippery roads and pavements – the deep freeze is serving up fun and frustration.

The cold hasn’t just been felt in the UK, with much of Europe gripped by days of sub-zero temperatures and viciously cold winds.

And the extreme winter weather looks as if it could be hanging around for a little while longer. 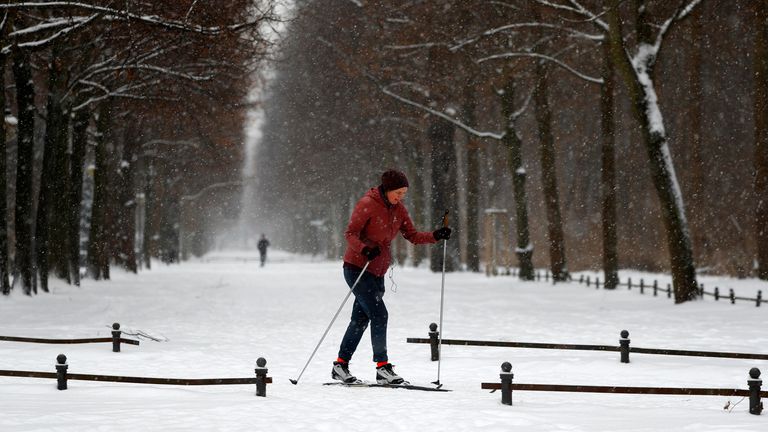 A man died after being rescued from a frozen pond in Berlin.

The 43-year-old had been in the water for more than two hours after he and three others had made holes in the ice to go swimming.

Germany’s weather service said this month has been the coldest February since 2012. 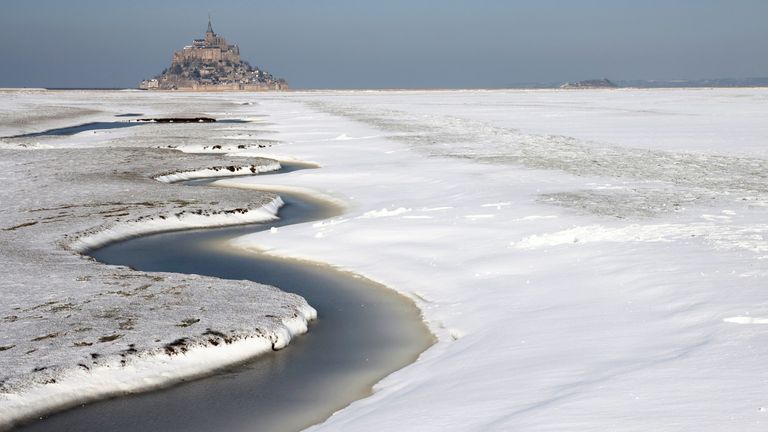 Cold weather and ice alerts are in force for much of the north of the country, with dangerous roads and pavements.

One of the coldest places was the riverfront city of Nancy, which fell to -11C in the early hours of Thursday.

The French meteorological agency said it expected 5-10cm of snow in the north of Auvergne and 7-15 cm in the Rhone-Alpes region between Friday and Saturday.

Further south, precipitation will be in the form of rain and it will snow in the Pyrenees from 1,800m, the agency said.

Earlier in the week, workers at the Eiffel Tower had to use a blowtorch to melt ice. Photographers were drawn to icicles covering a jetty on the frozen Ijsselmeer Sea north of Amsterdam.

The nights are expected to continue to be cold, with the temperature likely to drop as low as -20C on Saturday night, according to Dutch weather agencies. Several families had to be rescued from their homes after the Buna River in the country’s northwest burst its banks.

More than 4,000 hectares of land have been flooded, with further flooding expected. Temperatures overnight have dropped as low as -15C, with the threat of icy roads.

The fjord, Limfjorden, near Aggersund in North Jutland, was covered with snow and ice. Spring appeared to have come early to Greece, with temperatures in the 20s (68F and up) – but this won’t last for long.

The southern nation will join the rest of Europe in the cold over the next few days, with the possibility of snow in Athens.