Temperatures in the popular British holidaymakers’ travel hotspot are predicted to hit a whopping 43C this week. Portugal is already experiencing a drought, making the situation even more troubling. It is feared the hot weather will result in wildfires which could affect a third of the country.

Interior Minister José Luis Carneiro said: “The government will issue a warning statement aimed at limiting any activity that could put populations in danger.”

Portugal has been put in a state of emergency for the next eight days. Restrictions have been put in place to keep people safe in the searing heat.

These include banning access to forests at risk, and banning fireworks at summer festivals. Portugal’s Civil Protection Agency said emergency services were being placed on high alert.

Neighbouring Spanish islands have also been issued warnings about the dangerous temperatures. Health chiefs in the Canaries have issued an urgent alert as the temperature across the islands is set to soar into the mid-30s and more. 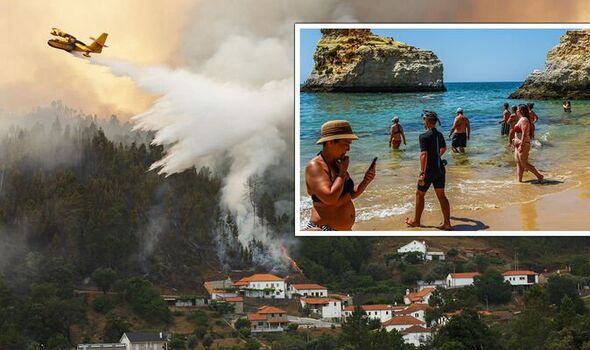 They are urging holidaymakers to be extra careful in the sun, and not to risk heatstroke or severe sunburn. The Ministry of Health of the Government of the Canary Islands has activated health risk notices between July 9 and 11 in different municipalities of Gran Canaria, Tenerife, Fuerteventura, Lanzarote, and La Palma.

This comes after the UK was told it could expect the longest heatwave in four years. Some experts have predicted temperatures will hit a higher level than the Caribbean.

The Met Office has issued an alert as Britons bask in boiling weather, with maximum temperatures as high as 29C near London and just a couple of degrees lower in areas all the way up to Northern England. 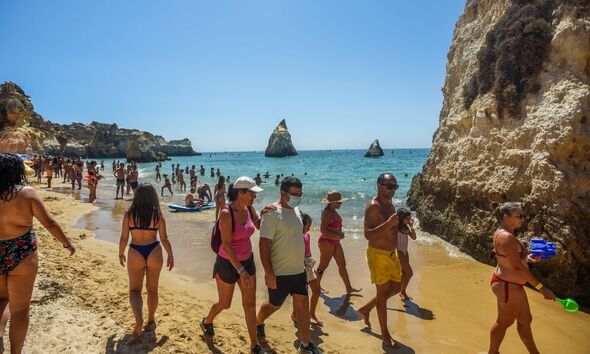 Those highs will remain constant throughout this weekend, with the UK weather maps from Netweather turning blood red as Britons herald the latest heatwave. That trend continues into next week and will get even hotter, with the mercury surging to a sweltering high of 35C in London on Wednesday, and easily above 30C in several over southern areas of the country.

Maximum temperatures nudge down ever so slightly over the following few days – only falling to a still-sweltering high of 26C on the the South East coast on Thursday. But the scorching heat makes a rapid return in time for next weekend, with a baking high of 33C showing in London and on the south coast next Saturday.

Millions of other people throughout most of the UK won’t be left disappointed either, with the Midlands seeing highs of 28C and areas towards the North West and North East basking in 27C heat.

In counties that voted for Trump, fewer people are getting vaccinated.