The coronavirus pandemic has seen the EU’s economic divisions come to light as the bloc suffers a recession. Throughout 2020, leaders negotiated a recovery fund worth over £500billion designed to stimulate the economy. But member states clashed over spending, distribution of the fund and the rule of law, leading to a standoff between Hungary, Poland and the rest of the bloc. Economic differences have existed for decades in the EU, with northern nations generally advocating restricted spending and southern countries calling for investment.

This split deepened in 2015 when a number of Eurogroup countries reportedly urged Greece to re-consider a temporary exit from the eurozone, arguing that the requirements it would face under a third bailout were too much for the country to bear.

An official from a smaller eurozone country told Politico: “Greece can recover much faster outside of the eurozone than inside.”

The news outlet reported at the time that the German government was planning to let smaller nations argue the case for “Grexit”.

Then German Finance Minister Wolfgang Schauble said at the time that a temporary Grexit “may be the better path for Greece”.

Jeroen Dijsselbloem, who was President of the Eurogroup of finance ministers, grew frustrated with the speculation. 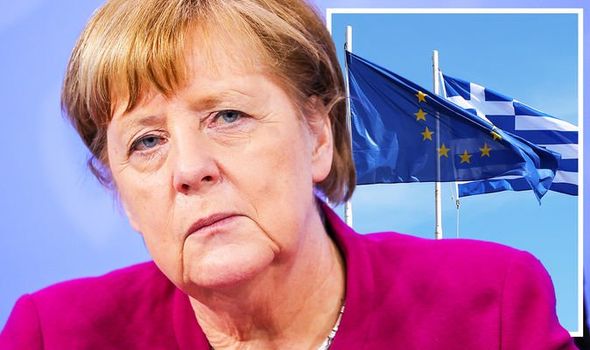 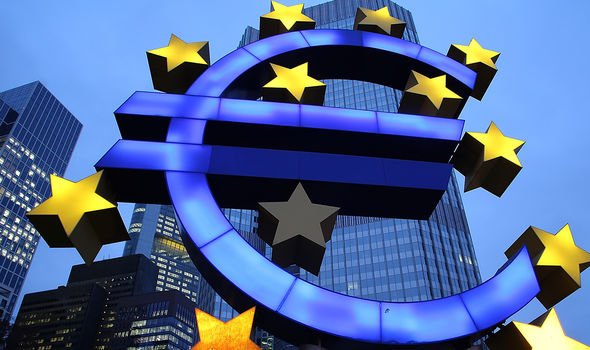 He said: “I would be very happy if we could stop talking about Grexit and think instead about putting Greece back on track.”

Paris was concerned that a “Grexit,” even a temporary one, would set a dangerous precedent that would destabilise the already fragile eurozone.

Greece was eventually given its third bailout worth over £61billion.

The Greek financial crisis erupted in 2009 when the worldwide recession of 2008 triggered further weakness in the Athens economy.

Some argue that the crisis was worsened by Greece’s membership of the eurozone because its monetary policy was restricted and labour more costly. 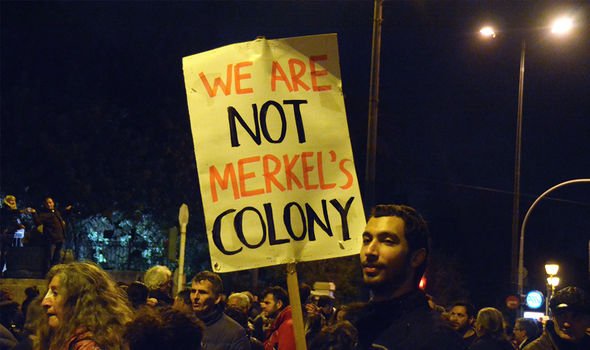 Despite austerity measures, Greece required huge bailout loans in 2010, 2012, and 2015 from the International Monetary Fund, Eurogroup, and European Central Bank.

The pandemic has severely impacted the European economy, and the ongoing vaccine delay is holding back EU member states from fiscal recovery.

A major think tank has said this will see the UK outpace Europe with its economic recovery.

The Organisation for Economic Co-operation and Development (OECD) now expects UK growth of 5.1 percent this year – a major upgrade from its prediction three months ago when bosses forecast growth of 4.2 percent.

Meanwhile, the Paris-based OECD only expects Eurozone growth of 3.9 percent – a hike of just 0.3 points from previous forecasts – after the bloc’s vaccine programme failed to take off. 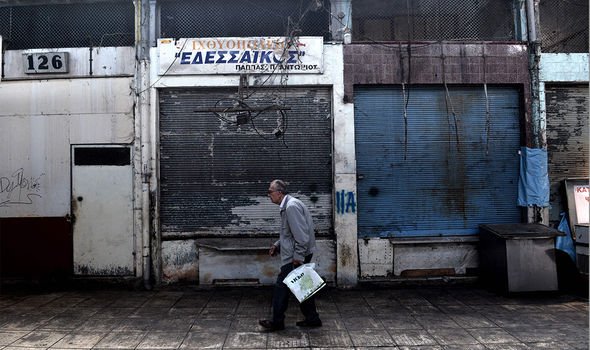 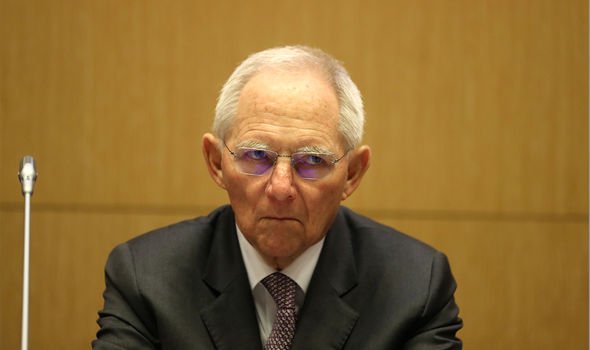 Chief Economist at Resolution Foundation, Jack Leslie, also told Express.co.uk last week that the UK economy is set to enjoy a quicker recovery than the eurozone.

He said this recovery will be sharper because of the successful distribution of jabs, but also because the UK economy endured a deeper recession initially.

Mr Leslie said: “I think the starting point is that the UK economy has fared worse over the past year than most of Europe. Countries like Spain, Italy and France have also fared pretty badly.

“The faster vaccine rollout will be a big deal, it has been a major success and will enable the UK to recover faster as well, but I think ultimately what a lot of the recovery is going to need is globally everyone getting back on their feet, it will be positive for the UK if Europe also has a strong recovery.”