CAIRO (Reuters) – Hundreds of thousands of Egyptian high-school pupils armed with masks, gloves and hand sanitizers started their final exams on Sunday, despite objections from some parents worried about spreading the coronavirus. 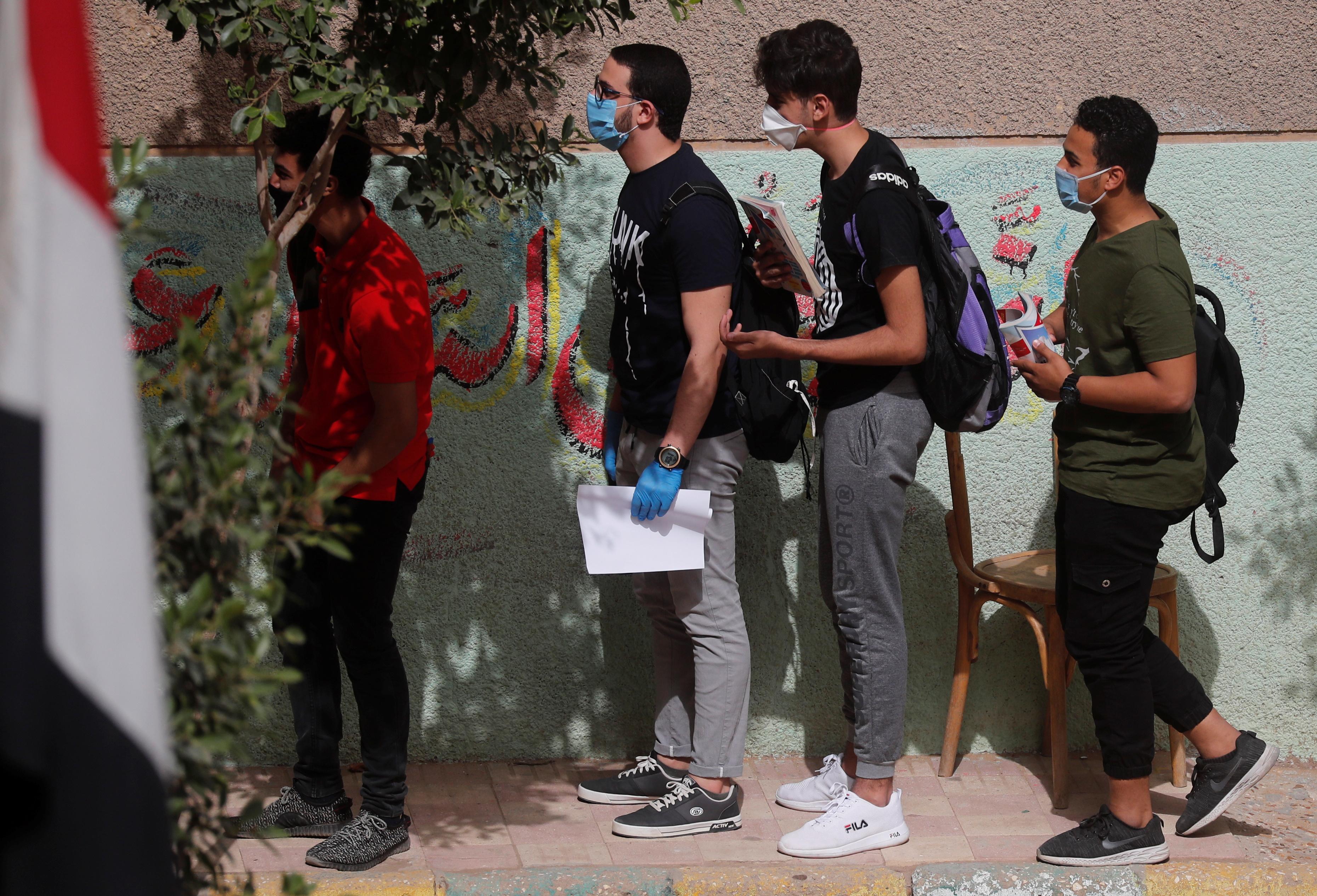 The health ministry was laying on 2,500 ambulances and providing a doctor for each school. Any student with a high temperature is meant to have their exam postponed or sit it in isolation.

The students had their temperatures taken in the morning, before being seated at desks spaced apart from one another.

Nearly 670,000 pupils from state and private schools, and 128,000 from religious schools, were due to sit the exams. They come at a time when Egypt has seen an acceleration of coronavirus cases, with confirmed infections surging to 53,758, including 2,106 deaths.

Authorities have been gradually easing restrictions on movement, though schools and universities have remained shut since March.

The head of Egypt’s doctors’ syndicate had called for the exams to be postponed, private newspaper Al-Youm al-Sabaa reported, and some parents expressed concern about their children’s safety.

“Honestly I was worried, and am still worried, because someone in the class might have something (be infected) without having informed the administration on the way in,” said Ayman Mahmoud, whose two sons were taking exams in Cairo.

Authorities said they had taken all necessary precautions and the education ministry offered students an option to postpone to the next academic year without any penalty.

End-of-year exams were cancelled for younger pupils, who submitted online research papers instead.

As in other countries, many coronavirus cases in Egypt are believed to go unreported. The higher education minister cited a study on June 1 estimating that the actual number of cases could be up to five times higher than the reported figure.

The World Health Organization authorizes the Sinovac vaccine for emergency use.