The third pharaoh of the Nineteenth Dynasty of Egypt is often regarded as the greatest leader of the New Kingdom – the most powerful period of the ancient civilisation. He is believed to have taken the throne in his late teens and is known to have ruled Egypt for a startling 66 years from 1279BC to 1213BC, before his death at the age of around 90. Ramses II was buried in a tomb in the Valley of the Kings, his body was later moved to a royal cache where it was discovered in 1881, and is now on display in the Egyptian Museum.

But Amazon Prime’s ‘Ramses II: The Great Journey’ revealed how it would take more than 200 years to unravel this incredible “puzzle”.

The narrator said: “To better understand the Ramses story following his death, we need to return to the west bank of ancient Thebes.

“Since 1991, with a team from the French National Research Centre, Christian LeBlanc has been running the archaeological mission that reopened the study of Ramses and his tomb.

“Following up every clue, they go steadily back in time to unearth new archaeological layers. 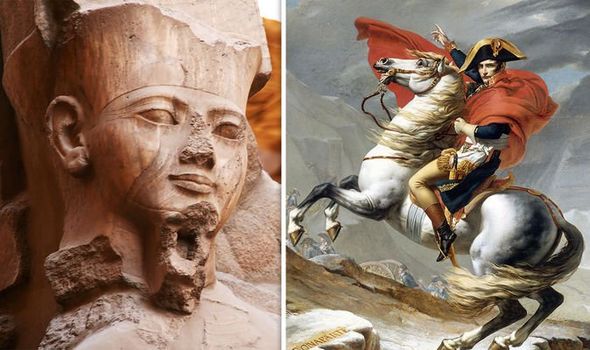 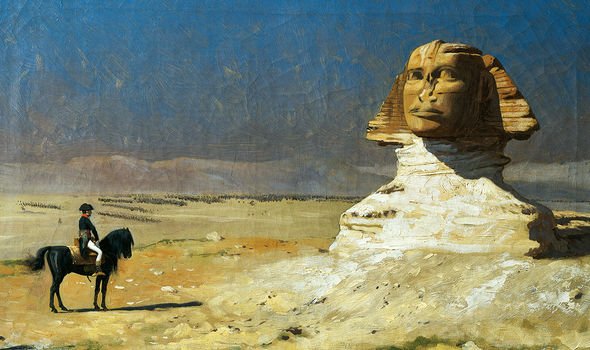 “They are putting back together, day after day, the immense puzzle of Ramses II’s story.

“Interest in the tomb only reappeared in the 19th century – after Napoleon Bonaparte’s military campaign of 1792.”

The French military and political leader rose to prominence during the French Revolution and led several successful campaigns during the Revolutionary Wars.

In 1798 he headed to the Ottoman territories of Egypt and Syria to defend French trade interests, seek further direct alliances with Tipu Sultan, weaken Britain’s access to India, and establish scientific enterprise in the region.

The campaign ended in defeat for Napoleon, and the withdrawal of French troops from the region. 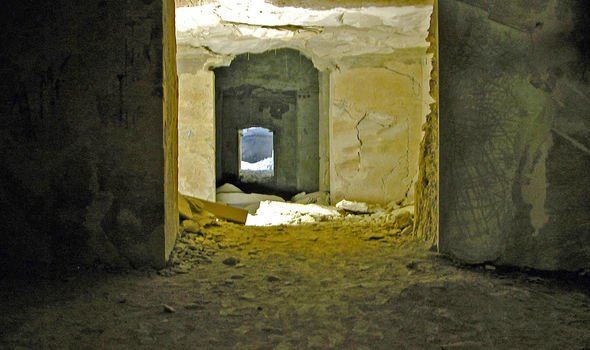 But on the scientific front, the expedition led to the discovery of the Rosetta Stone, sparking the creation of Egyptology.

The series added: “The aim of Napoleon’s campaign was two-fold. Liberate Ottoman Egypt from the domination of the Mamelukes, and strengthen the domination of revolutionary France in the Eastern Mediterranean in opposition to royalist Britain.

“Although the French failed in this enterprise, the scientific expedition that accompanied it revealed to the world the splendours of the pharaonic civilisation.

“The publication of ‘Descriptions of Egypt’ in 1809 set off an unprecedented wave of Egyptomania in Europe.

“It attracted diplomats, financiers, adventurers, antique dealers and representatives of museums to the Nile. 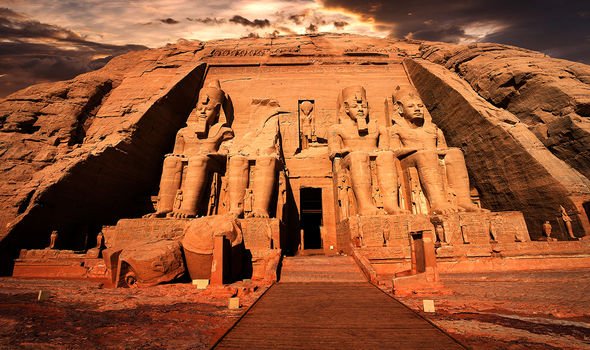 “This scramble for the riches of the Pharaohs also led to an archaeological competitive between the French and the British.”

The series went on to detail how the British made a breakthrough.

It added: “It was in this atmosphere that the tomb of Ramses II was visited in 1817 by the Counsel of Britain, Henry Salt.

“His intentions were to find the sarcophagus of Ramses II and its attendant treasure, but a harsh task awaited his workforce – the corridor was entirely blocked by large deposits of sediment.”

More than 60 metres of the tomb was cleared, but Mr Salt had to leave it to successors to finish.

In 1829, the Franko-Tuscan Expedition arrived, which led to the mystery being solved. 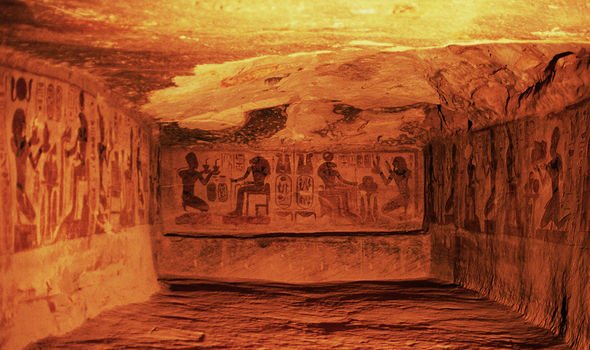 The documentary added: “In France, the first empire had collapsed 15 years previously and the second restoration of the monarchy had taken place, bringing Charles the 10th to the throne.

“It was he who financed the scientific expedition to Egypt in collaboration with the Grand Duke of Tuscany.

“This expedition was led by Jean-Francois Champollion, recently recognised for discovering the key to the interpretation of hieroglyphs, and Ippolito Rosellini, a young Italian scholar.

“It was the King of Prussia, Frederick William the Fourth who sent the Egyptologist Carl Richard Lepsis to the land of the Pharaohs in 1943.

“He began, in 1844, to explore the tomb of Ramses II and he finally reached the burial chamber. 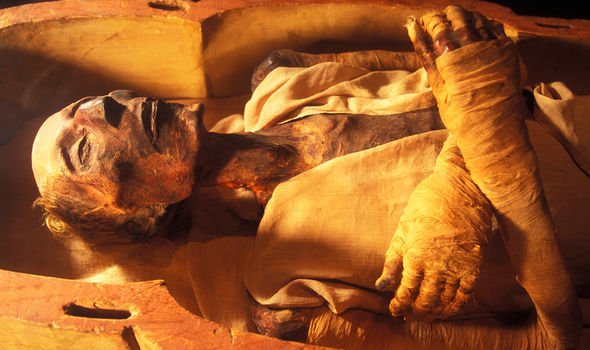 “But the golden chamber had been ransacked and the mummy of Ramses II was no longer to be found.”

A few pieces of funerary equipment were found in the tomb, including a wooden shabti, a damaged cast bronze shabti, fragments of statues and faience, bits of glass, calcite and limestone lids of vessels.

Experts believe his body was originally entombed in the Valley of the Kings, as was customary for a pharaoh, but ancient Egyptian priests later moved it to thwart rampant looters.

In 1881, Ramesses II’s mummy was discovered in a secret royal cache at Deir el-Bahri, along with those of more than 50 other rulers and nobles.

In 1974, archaeologists noticed its deteriorating condition and flew it to Paris, where it was treated for a fungal infection.