French Interior Minister Gerald Darmanin said the threat of terrorism was still present across the county and urged people to remain vigilant in the coming weeks. Mr Darmanin said patrols would be stepped up around churches, mosques and synagogues between March 28 and April 4 with Easter, the Jewish holiday of Passover and the start of the Muslim month of Ramadan following in quick succession.

He said: “As religious holidays approach, I have decided to deploy additional resources around places of worship to ensure the safety of our fellow citizens.

“The persistence of the terrorist threat weighing on our country requires the maintenance of strong vigilance on a general level but also more specifically regarding religious places.”

The minister said he had briefed security forces to focus on gatherings and services which traditionally attract large congregations in places of worship on specific times could be considered targets “with strong symbolism”. 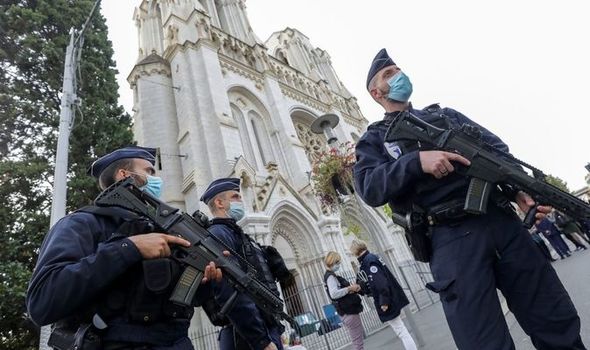 He said: “I gave asked local authorities to manage the limitation of access to places of worship, to pay particular attention to vehicles parked near meeting places and to strengthen the presence of the police at the arrival and departure times of the faithful.”

Mr Darmanin said he also wanted to ensure the safety of Muslim worshippers throughout Ramadan and Eid al-Fitr which marks the end of the festival’s end on May 12.

He said: “I have asked police leader for special daily attention throughout Ramadan from sunset, corresponding to the breaking of the fast.

“This time of the evening is potentially likely to generate large gatherings of people on public roads and around mosques, despite the restrictive measures linked to the state of health emergency.” 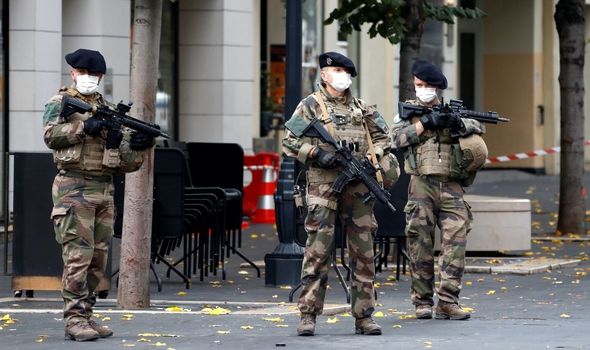 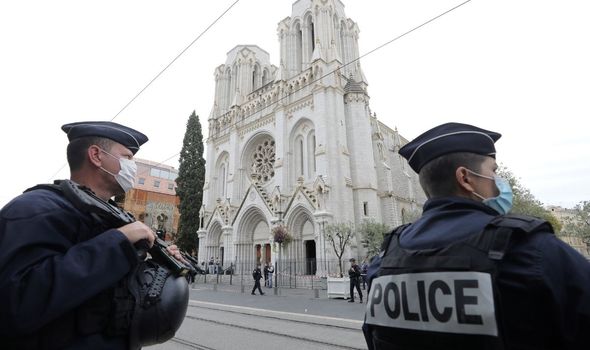 France has experienced deadly terror attacks on places of worship in recent years.

The attack was carried out on October 29 at 8.30am at the Roman Catholic basilica in the centre of the city.

Aouissaoui’s attack on the church lasted 28 minutes before police tasered and then shot the suspect.

The outrage was condembed by religious leaders around the world. 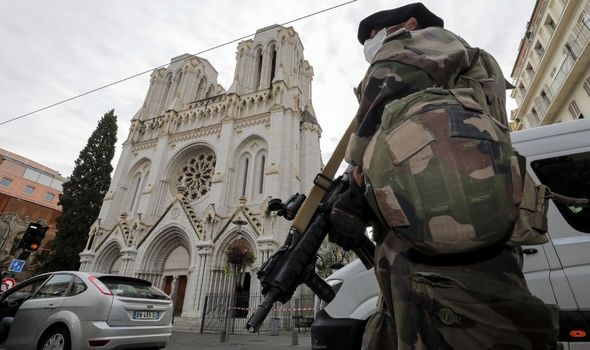 An attack on a church in Rouen in July 2016 left a priest dead and an 86-year-old parishioner seriously injured.

Three security guards were attacked while on patrol at a Jewish community centre in Nice in February 2015.

And a month later an attempted attack on two churches in the town of Villejuif failed when the suspected terrorist accidentally shot himself in the leg.

Man filmed stepdaughter, 14, naked in bathroom to ‘make fun of her with friend’

Colorado blizzard continues to disrupt daily life for hundreds of thousands, despite sunshine