Donald Trump supporters have attempted to storm the House of Congress in Washington following a speech by the President earlier. Mike Pence is expected to concede the election to Joe Biden in a normally uneventful ceremony. Mr Trump called on Mike Pence to nullify the election and block Mr Biden’s certification. 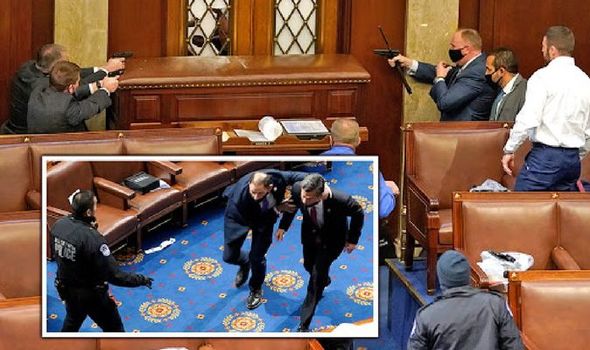 However, Mr Pence has defied this pressure from the President and intends to validate the election in a joint session of Congress.

Hundreds of protestors came together to hear President Trump’s speech and refusal to concede to Mr Biden.

He again asserted that the election was rigged against him and that he had in fact won by a considerable margin.

Who is Mullah Abdul Ghani Baradar, the Taliban commander set to rule Afghanistan?

Turkey vs Greece: Turkey ‘had no choice’ but to send ship, claims embassy – tensions erupt