Mr Trump announced that he is now identifying as a “non-denominational Christian” despite being brought up as a Presbyterian. His closer alignment with fundamentalist Christians comes as he hopes to win votes from the religious community across America – a key group who were crucial in helping him secure his first term. They previously made up around a quarter of all Americans entitled to vote and 81 percent of them voted for Mr Trump, according to reports.

But during his previous election campaign, the 74-year-old came under scrutiny from Pope Francis over his proposal for building a wall along the US-Mexican border and plans to deport millions of undocumented immigrants.

The first Latin-American Pontiff made the matter a top concern, holding Mass along the border, saying immigrants crossing were “cannon fodder, persecuted and threatened when they try to flee the spiral of violence and the hell of drugs”.

When asked by a reporter if a “good Catholic” can vote for Mr Trump, Pope Francis responded by saying: “A person who thinks only about building walls, wherever they may be, and not building bridges, is not Christian.

“This is not in the Gospel. 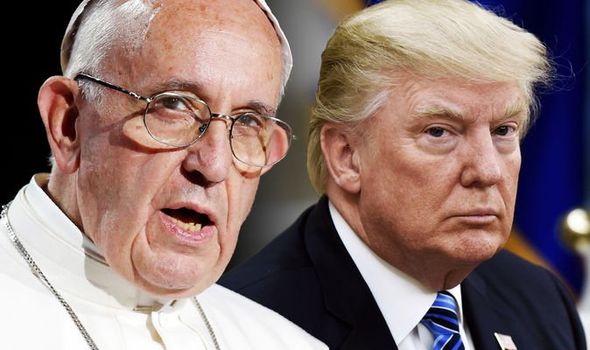 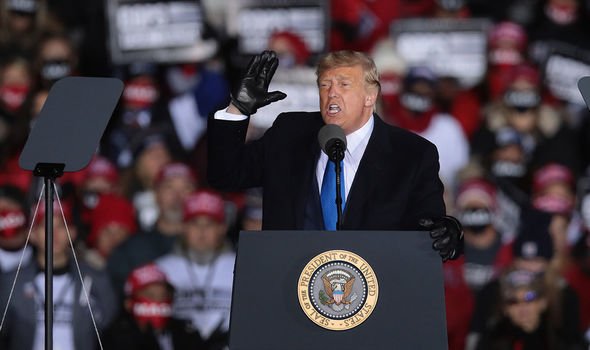 “As far as what you said about whether I would advise to vote or not to vote, I am not going to get involved in that.

“I say only that this man is not Christian if he said things like that.

“We must see if he said things in that way and in this I give the benefit of the doubt.”

Mr Trump appeared to furious with the Pope’s comments telling supporters in South Carolina he was “a good Christian”.

He added: “If and when the Vatican is attacked by ISIS, which as everyone knows is ISIS’ ultimate trophy, I can promise you that the Pope would have only wished and prayed that Donald Trump would have been President. 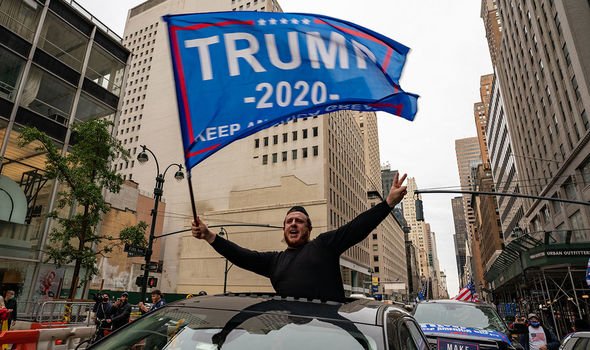 “For a religious leader to question a person’s faith is disgraceful.”

He added: “I don’t think he understands the danger of the open border we have with Mexico.”

Jerry Falwell Jr, the President of the conservative Christian Liberty University and a Trump supporter, told CNN that the Pope had gone too far with the swipe.

He said in 2016: “Jesus never intended to give instructions to political leaders on how to run a country.” 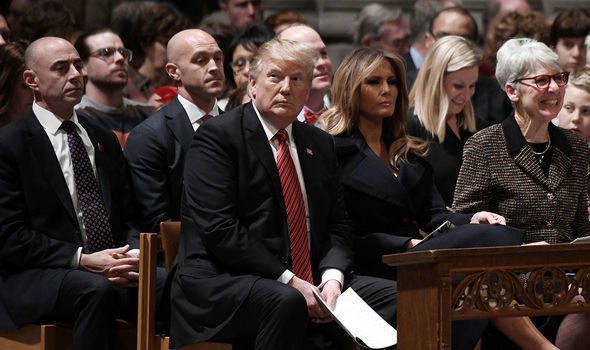 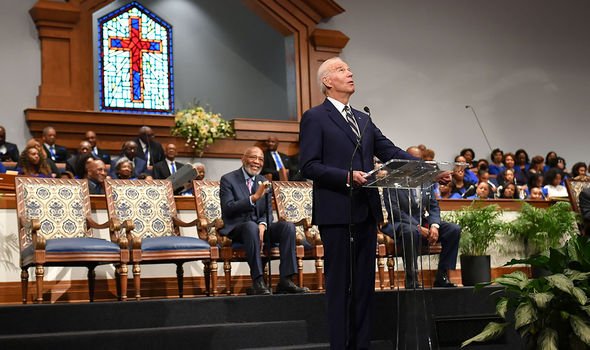 More recently the Pope reportedly declined to meet US Secretary of State Mike Pompeo during his visit in September.

A top Vatican official accused Mr Trump’s administration of exploiting Pope Francis in the final stages of the US presidential election campaign.

When Archbishop Paul Richard Gallagher was asked if the US unilaterally organising the event amounted to exploitation of the Pope in the run-up to the elections, he replied: “Yes, that is precisely why the Pope will not meet American secretary of state Mike Pompeo.”

The move was also likely to be linked to Mr Pompeo’s recent attacks on the Vatican’s perceived soft-pedalling on China’s human rights record as the two sides prepare to extend a historic agreement signed two years ago.

The details of the deal have never been made public, but it gave the Vatican a say in the appointment of Catholic bishops in China. 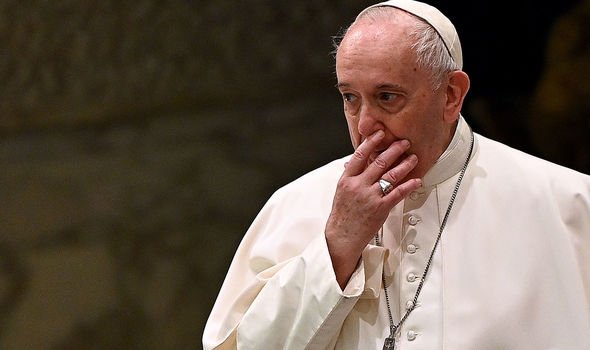 Mr Trump held rallies in three critical battleground states over the weekend, including North Carolina, Ohio and Wisconsin in an attempt to draw more votes.

Despite this, more than 1,600 faith leaders in the US have publicly backed Mr Biden, amid signs that some evangelical voters are turning away from Mr Trump.

Doug Pagitt, executive director of the Christian campaign organisation Vote Common Good, said: “This record-breaking group of endorsers shows that President Trump’s lack of kindness and decency is energizing faith communities and will cost him this election.”

The organisation said the announcement represents the largest group of clergy to endorse a Democratic candidate for president in modern history.