Deadly forest fires in Cyprus have been blazing since Saturday afternoon has forced ten villages to evacuate and killed four people so far. Strong winds have fanned the fires throughout the southern foothills of the Troodos mountain range as the country grapples with a heatwave.

The blaze has killed four Egyptian labourers and destroyed 50 homes so far.

The fire is the largest on the island since 1974, according to President Nicos Anastasiades.

Authorities have now said the fire is close to being brought under control after water bombing by Greek and Israeli aircraft.

A 67-year-old farmer has been arrested and remanded in custody for supposedly starting the fires, which he denies. 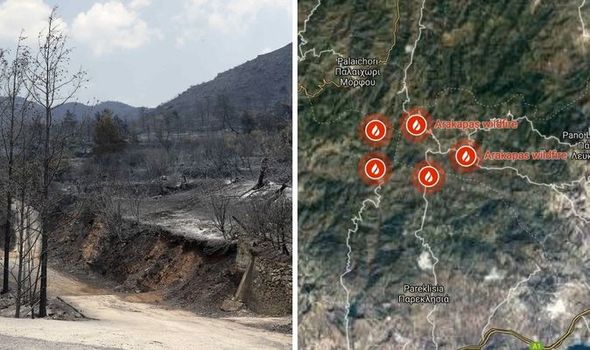 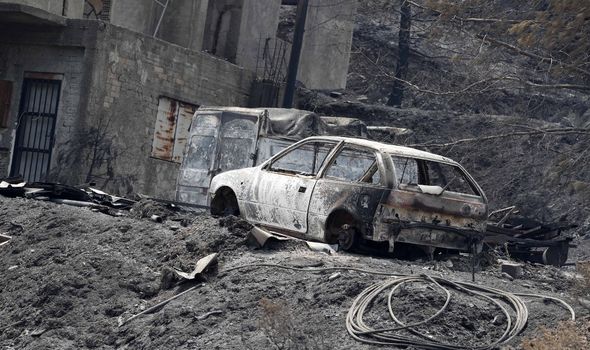 Cypriot police have said a witness saw the man leaving the village of Arakapas in his car at the same time the fire started.

High winds have fanned the blaze over areas of pine forest and densely vegetated shrubland.

There has also been little rainfall on the island in recent months, contributing to dry land which has allowed the fire to spread rapidly. 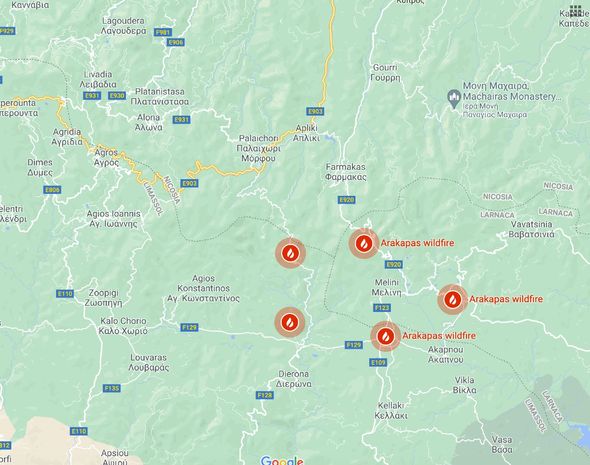 President Anastasiades told reporters: “Its one of the most destructive (fires) we have experienced, unfortunately, with victims.”

He reassured nationals that the state would stand by and help those affected by the fire.

Farmer Andreas Costa, 70, wept as he spoke to the president yesterday.

He said: “It will take them at least 10 years to grow back. How are we to survive?”

“It is the worst forest fire in the history of Cyprus,” Forestries Department Director Charalambos Alexandrou told Cyprus’s Omega TV.

DON’T MISS
‘Pure hell!’ Four bodies recovered after deadly Cyprus wildfire [REPORT]
Antarctica’s ‘Doomsday Glacier’ is may not be so scary after all [INSIGHT]
Green Britain: How 25 Britons are turning the country green [REPORT]

Where are the Cyprus fires?

The fires are located in the valleys of the Troodos mountain range, in the central western part of the island.

The blaze has affected at least 10 communities so fart over an area exceeding 50 square kilometres (19 square miles).

Mount Olympus, the country’s most famous mountain, is located in the range. 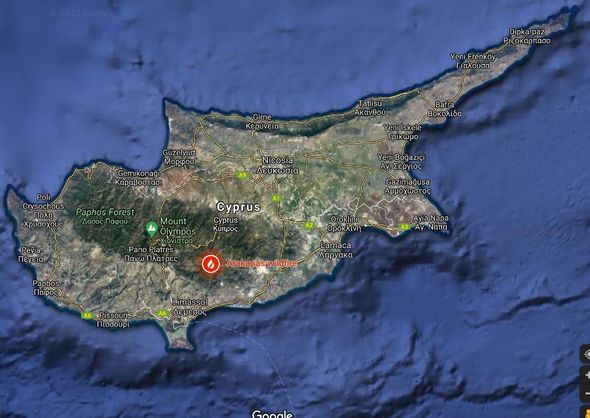 The area includes some of Cyprus’s most picturesque mountain villages.

Witnesses said slopes of lush pine or fruit tree orchards had been turned to smouldering black stumps on a barren grey landscape.

In areas where the fire had been tamed, charred tree trunks were visible on hillsides, while grey ash had replaced yellowed scrub as far as the eye could see in non-forested areas.

The four victims were found dead close to Odou, a mountainous community north of the cities of Limassol and Larnaca.

Ingredients are there for N.B. flooding, but too early to forecast: officials

S&P 500 turns positive for 2020, but most stocks are missing the party