The World Health Organisation has recommended further investigation into the source of the coronavirus outbreak, leaving the big question unanswered – where did COVID come from?

The most likely scenario, according to a WHO report, is that the virus came from bats, spread to another unidentified animal, and then to humans. 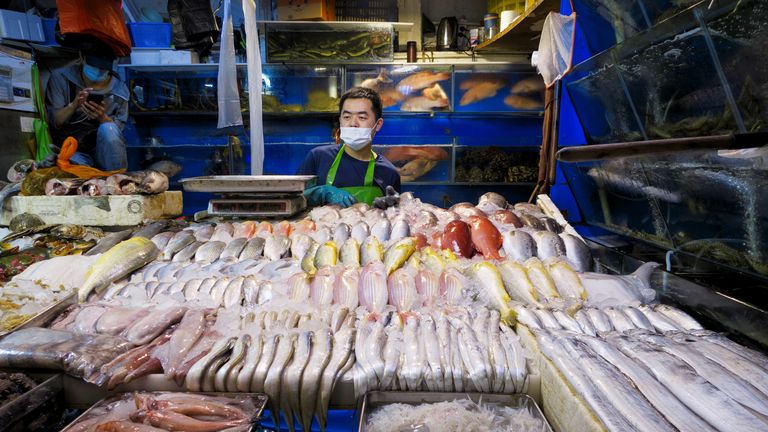 The closest-related viruses to COVID-19 have been found in bats in southwest China.

The intermediate host is more elusive: mink, pangolins, rabbits, raccoon dogs and domesticated cats were all cited as a possibility.

The WHO has recommended further investigation both in China and in other countries.

The possibility of a lab leak

The WHO team visited the Wuhan Institute of Virology, which handled coronaviruses, during their mission, but concluded the theory that COVID leaked from a lab was “extremely unlikely”.

That did not satisfy WHO head Dr Tedros who said: “I do not believe that this assessment was extensive enough. Further data and studies will be needed to reach more robust conclusions.”

Dr Tedros said this would require a team of specialist experts. Whether China would allow them to visit is another matter.

How transparent was China?

The Chinese Foreign Ministry has said it has been “open and transparent” throughout.

But Dr Tedros also criticised China, saying the WHO had encountered “difficulties in accessing raw data. I expect future collaborative studies to include more timely and comprehensive data sharing”.

Fourteen countries, including the US and UK, also signed a statement saying the WHO investigation was “significantly delayed and lacked access to complete, original data and samples”. What role did the Huanan market play?

The Huanan food market was originally believed to be the source of COVID-19.

It was responsible for the largest initial cluster of cases but the report makes clear that COVID transmission was happening elsewhere in Wuhan at the same time.

That “could suggest that the Huanan market was not the original source of the outbreak”, according to the report.

“No firm conclusion therefore about the role of the Huanan market in the origin of the outbreak, or how the infection was introduced into the market, can currently be drawn.”

It recommends further tracing back at the wildlife farms elsewhere in China that supplied Huanan.

Will we ever find the origins of COVID-19?

Tracing the origins of any disease is difficult. COVID-19 is even more difficult than, for example, SARS or Ebola, because it can be spread by people who don’t have symptoms.

But that doesn’t mean we won’t understand things better in the future.

Prof John Watson, a British member of the WHO team that visited Wuhan, told Sky News: “What we will not be able to do is say that on such and such a date a bat flew out of a cave and landed on somebody.

“You won’t be able to do anything like that at all.

“But I think there’s going to be a pretty good chance we can identify a likely pathway of transmission – from a reservoir source, most likely through an intermediate host or hosts.

“And once that’s done, the actual leap from there to humans is not such a big one.

“We would at least hope to be able to trace that kind of pathway.”

The Best Charcuterie Board