The mafia is poised to exploit vulnerable people during the coronavirus pandemic, the mayor of Naples has told Sky News .

Luigi de Magistris, a former prosecutor, said that the city had so far managed to prevent a “criminal infection” by the organised crime network.

However, his warning comes amid growing reports the mafia is already supporting families and businesses struggling financially in the lockdown.

Exploiting the vulnerable is how crime gangs recruit support and increase their power, and the mafia is adept at using crises for their own gain.

It happened in the financial crash of 2008 and it is happening again now.

Mr de Magistris said: “Having been a magistrate for many years, my experience teaches me the mafia is always operating.

“They’re not just watching, they are preparing. They’re doing this all over Italy.

“We have to say that in Naples we have the ability to prevent it, we know how the mafia moves.

“We are trying to stop the mafia from providing food to those in need.” 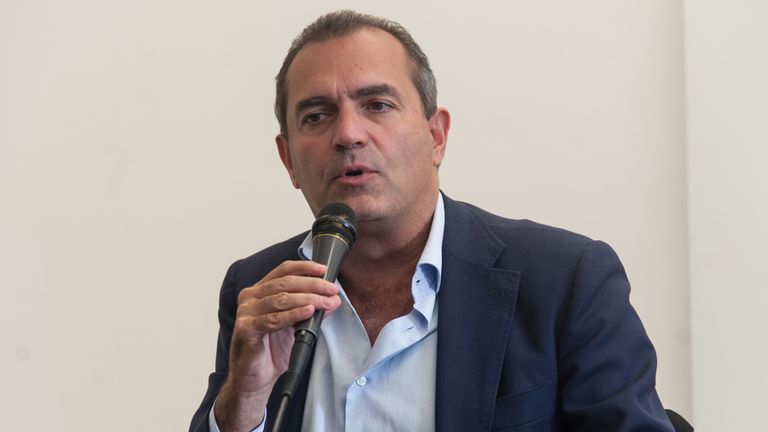 Mr di Magistris continued: “Then, the mafia will look at the commercial crisis.

“It will look at the lack of cash flow for companies, shops, businesses and will try to give them money.”

The mayor of Naples also warned: “Mafias have money, mafias have no bureaucracy, mafias know the area.”

The poor are growing more vulnerable in this lockdown.

Food banks have seen a 40% increase in people across the country needing help and the biggest demand is in the south of the country.

The south of Italy is where the mafia was born.

It also has higher unemployment and higher deprivation than other areas.

A total of 3.7 million Italians work in the black market and their income is not backed by government schemes.

Therefore many of them need help.

While 400 million euros has been allocated for food assistance by the Italian government and billions of euros to support businesses, Italy’s bureaucracy means help could be slow to reach people in need – and the mafia can be there sooner.

In Campania’s capital, Naples, there are reports the Camorra gang is giving food to people who have lost their jobs and giving cash to struggling businesses.

One in two shops in the region are now at risk of bankruptcy.

The mayor of Palermo first raised the issue of an increase in mafia activity in late March.

He also warned of a social emergency after reports of looting at supermarkets in Sicily as people ran out of money.

Then after just one month of lockdown in Italy, Giuseppe Provenzano, the minister for the south, told Sky News he too was receiving reports the mafia was exploiting the poor.

He told us: “Every time there’s a crisis, it’s a window of opportunity for the mafia.”

Rocco Ruotolo knows exactly what it means to be exploited by the gang.

In the financial crash of 2008 his construction business, employing more than 100 people, was struggling with cash flow.

He could not get a bank loan and was offered financial help from members of the Campania region’s Camorra gang.

They later seized control and he lost everything.

Mr Ruotolo continued: “At that time many mobsters appeared, ‘Camorristi’, who lent money. They hid behind a legitimate front because they had finance companies that advertised in newspapers. We turned to these people.

“These people, however, did not want to help us, not even if we paid higher interests. They were only interested in taking the business.

“This crisis is even worse that the previous one. The last one affected one sector, now the crisis is in all sectors. In my opinion, it will be a bloodbath.” 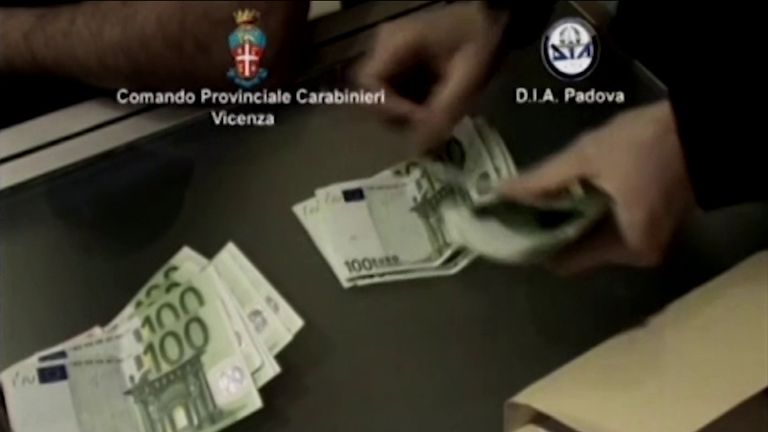 Mr Ruotolo later infiltrated the Camorra gang, resulting in the arrest of 29 members.

Photos emerged earlier this month of the funeral of the brother of a former mafia boss in Sicily.

The images sparked tension after it showed a crowd flouting lockdown rules as they gathered for the funeral procession in the city of Messina’s streets.

The blatant breaking of lockdown measures certainly suggests a sense of confidence from a crime gang who knows who is in control.