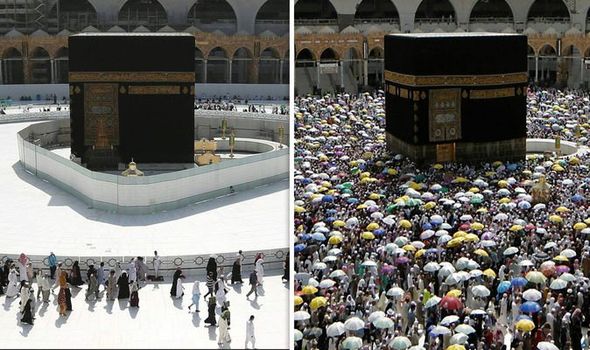 Saudi Arabia had closed the Mataf to prevent the spread of coronavirus, with health officials carrying out a deep clean at the site.

Mecca, which every Muslim is expected to visit at least once in there life, was visited by more than 18 million people last year.

The Kaaba, which was closed earlier this week to allow a deep clean, is now open – albeit with new barricades.

The barriers stop worshippers touching the cube, which would act as a major factor in the spread of coronavirus in the area.

Stunning pictures show pilgrims circling the Kaaba at a distance, a historic anomaly.

It contrasts sharply with the usual scene, where tens of thousands of people at a time approach the cube. 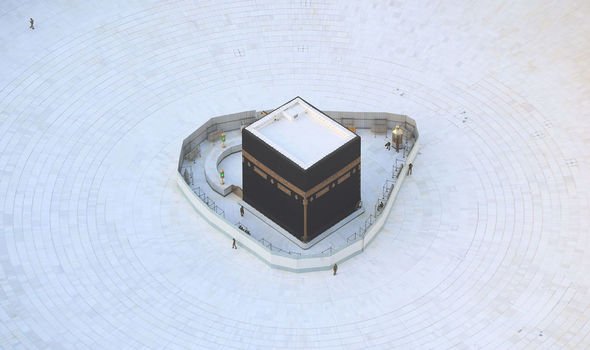 Saudi Arabia had closed the sites to foreign pilgrims and traditional tourists from some 25 countries to stop the spread of the virus.

It also said that citizens and residents of Gulf Cooperation Council countries wishing to enter must wait 14 days after returning from outside the region.

Saudi Arabia has reported five cases of the coronavirus.

It was not clear if pilgrims would be allowed to return to other sites. 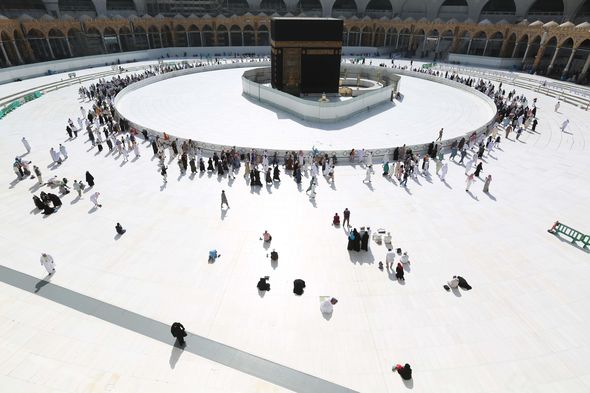 Dr. Sami Angawi, a Saudi expert on Mecca and Medina as well as the haj, said the latest restrictions were the most severe in living memory.

However he said they were not unprecedented in 1,400 years of Islamic history.

He called the move “a wise and courageous decision to protect the heart of the Muslim world.”

Pilgrimage is big business for Saudi Arabia and is the backbone of plans to develop tourism under Crown Prince Mohammed bin Salman’s economic reform agenda, which aims to end the oil dependence of the world’s top crude exporter.

Visits by pilgrims accelerate during the holy fasting month of Ramadan, beginning this year in late April.