KASTANIES/LESBOS, Greece (Reuters) – A young Syrian boy died on Monday after being pulled from the sea when a boat capsized off the Greek island of Lesbos, Greek officials said, the first reported fatality since Turkey opened its border last week to let migrants reach Europe.

More than 10,000 migrants, mostly from Syria, other Middle Eastern states and Afghanistan, have reached Turkey’s land borders with EU states Greece and Bulgaria since Ankara said last Thursday it would stop keeping them on its territory.

The surge, which has led to Greek and Turkish police firing tear gas into crowds caught in the no-man’s land between the two borders, has revived memories of the 2015-16 refugee crisis, when more than a million people arrived in Europe from Turkey.

“We have children four days without food,” one man shouted from behind a wall of barbed wire near the Kastanies border post as Greek riot police stood ready to repel any breaches of the frontier. Nearby soldiers unrolled more coils of barbed wire.

The migrants, some with white flags, chanted “Peace!”

Greek Prime Minister Kyriakos Mitsotakis’ office said he had discussed the border situation with U.S. President Donald Trump who, it said, had “recognized the right of Greece to enforce the law on its borders.”

Borissov said he had tried to arrange a meeting between Turkey, Greece and Bulgaria but Erdogan was unwilling to sit at the same table with Mitsotakis. Erdogan said that Greek soldiers had killed two migrants and wounded a third one. Greek government officials denied it.

“No shots have been fired by Greek border forces against any individuals attempting to enter the country illegally,” government spokesman Stelios Petsas tweeted.

The boat that capsized off Lesbos had been escorted there by a Turkish vessel, the Greek coast guard said, underlining the escalating tensions between Ankara and Athens. The dead boy was aged about six, they said, but provided no other details.

About 4,000 people are believed to have drowned in the Aegean during the 2015-16 crisis trying to reach Europe, while some 42,000 migrants are still living in severely overcrowded camps on the Greek islands. 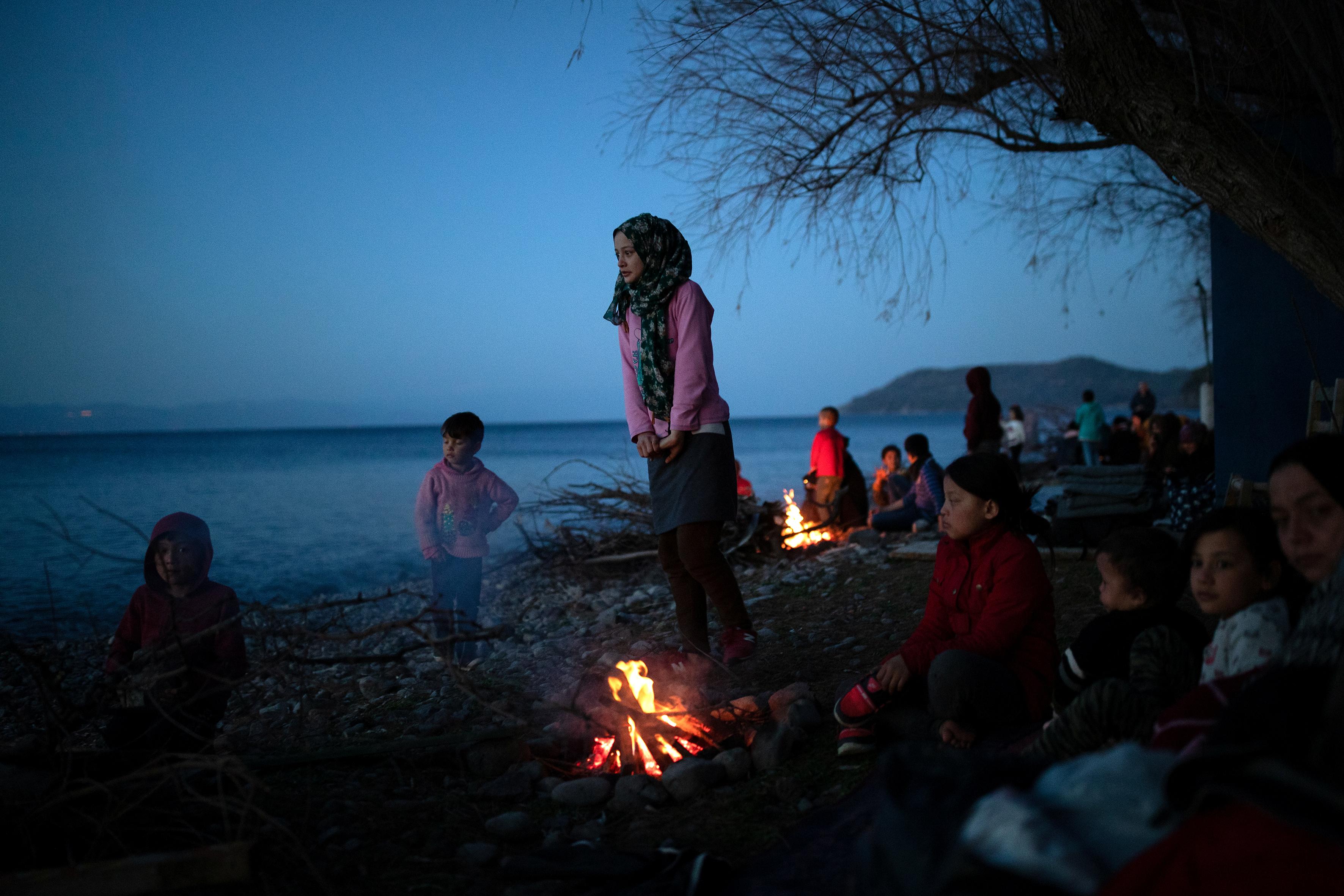 The latest migrant surge follows Turkey’s decision to stop enforcing a 2016 accord with the European Union whereby it stopped migrants entering the bloc in return for cash.

Turkey, already home to 3.7 million Syrian refugees, has another million arriving on its doorstep from a new surge of fighting in northern Syria and says it cannot handle any more.

Greece accuses Turkey of orchestrating a coordinated effort to drive migrants across the frontier.

One Greek policeman accused Turkish soldiers at the Kastanies border gate of “giving cutters” to migrants to cut holes in the fence to get through. Reuters could not verify the report.

Some migrants camped near the border had erected makeshift tents or built bonfires to stay warm.

“What can we do, we’re stuck here, we can’t go back home and we can’t cross (the border),” said Jamal Kassar, a Syrian migrant.

Greeks living near the border said they were tired of seeing waves of migrants passing through.

The EU’s chief executive, Ursula von der Leyen, expressed sympathy on Monday with Turkey over the conflict in Syria but said its decision to let refugees and migrants cross into Europe “cannot be an answer or solution.”

German Chancellor Angela Merkel also said Turkey should not express its dissatisfaction with the EU “on the back of refugees.” 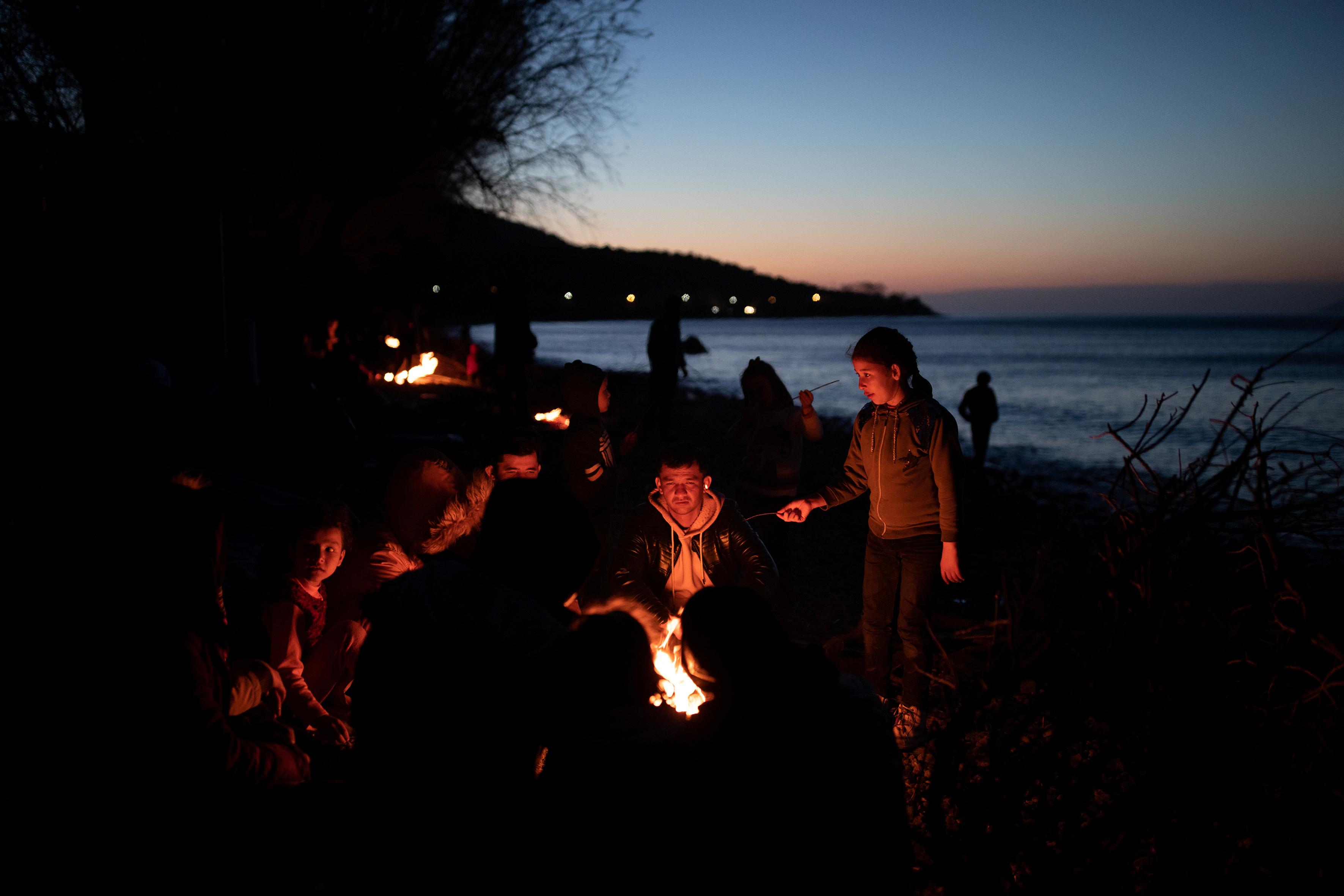 Von der Leyen was due to visit the Greek-Turkish border on Tuesday with Mitsotakis.

Erdogan opened Turkey’s border after at least 33 Turkish soldiers sent to Syria to monitor a crumbling ceasefire there were killed last week.

Brits divulge their favourite Christmas traditions – from decorating, to dinner

‘All I could see was fire’ – Pakistan plane survivor

UK weather: DELUGE to smash the UK in 24 hours ahead of hail and thunder