Move pushes back hearings for those sent to Mexico under Trump administration’s controversial ‘Remain in Mexico’ policy. 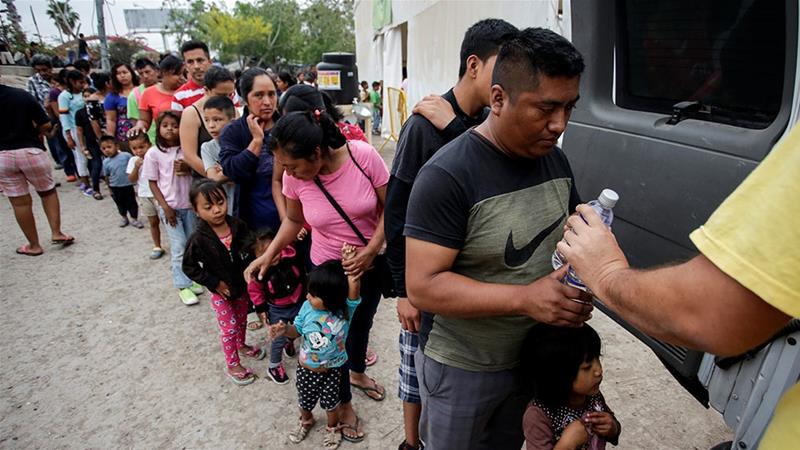 The United States government late on Monday said all court hearings for many seeking asylum in the US who are currently in Mexico would be postponed due to the coronavirus outbreak, prompting outrage by immigrant advocates who have called for the programme to be ended altogether.

“Due to circumstances resulting from COVID-19, all Migrant Protection Protocol (MPP) master calendar and merit hearings presently scheduled through April 22 will be rescheduled,” the Department of Homeland Security said in a statement.

In a bid to slash asylum claims, the administration of President Donald Trump launched MPP, informally known as the “Remain in Mexico” policy, in January 2019, which forced more than 57,000 non-Mexican migrants to wait in Mexico for their US immigration court hearings.

“Neither the MPP program nor any hearings will be canceled,” the DOJ statement said.

The statement directed those with cancelled hearing dates to report to their port of entry on the US-Mexico border to receive a new hearing date.

Critics of MPP have called on the DOJ to end MPP and postpone immigration courts in order to contain health risks caused by the hearings. Many called Monday’s decision “dangerous and confusing”.

Taylor Levy, a private lawyer based in San Antonio, said on Twitter before Monday’s announcement that it was “imperative that we shut down the immigration courts” and end MPP, allowing asylum seekers to shelter in place with their loved ones in the US.

Monday’s decision “forces incredibly vulnerable families into overcrowded encampments that are physically and financially unable to properly combat a pandemic outbreak. [ICE] has the power to #ParoleThemAll to their families and keep them #SafeandTogether.