LONDON (Reuters) – Britons applauded health workers from their front doors and windows again on Thursday in what has become a weekly moment of cacophony and solidarity during the coronavirus lockdown. 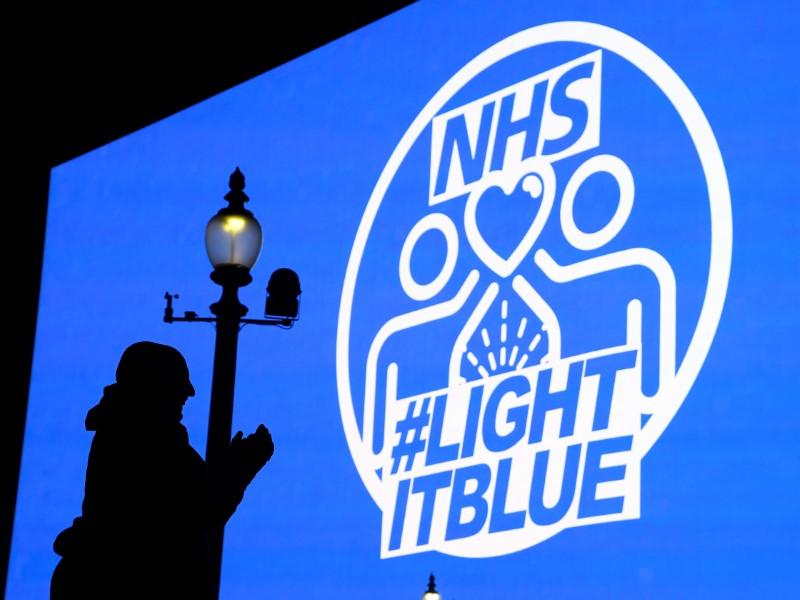 At 8 p.m. (1900 GMT), people around the country joined in applauding the National Health Service, with clips shared on social media under the #ClapForCarers hashtag.

Johnson himself managed to join in the applause this time.

“Like millions of people across the country, the Prime Minister joined in the clap for carers this evening, to say thank you for the incredible efforts of the country’s doctors, nurses and care workers,” his office said in a statement.

The applause has become a weekly feature of life under lockdown in Britain, providing a moment of national unity at a time where social distancing measures have greatly reduced how much time people spend outside with others.

From London to Liverpool, people clapped, hit pots and pans together and tooted car horns to show their gratitude.

The public show of appreciation for the NHS has been matched with generosity, with amateur runners, footballers and even a 99-year-old war veteran among the people raising millions of pounds to support the health service.

Outside Aintree University Hospital in Liverpool, health workers held signs reading “Thank You Captain Tom!!” dedicated to the war veteran, who raised an astonishing 19 million dollars for the health service by painstakingly completing 100 laps of his garden with the aid of a walking frame.

Other NHS workers joined in with the cheering outside hospitals in London and Watford, to the north of the capital, with employees of Watford Hospital joined by local soccer team mascot Harry the Hornet.

Fire and police forces parked their vehicles on Westminster Bridge, near parliament in London, and raised banners in support of the NHS as they applauded.

Britain last month pledged 5 billion pounds to the health service to fight coronavirus and finance minister Rishi Sunak said extra services that were needed would be funded whatever the cost.

But the government has faced criticism for inadequate supplies of the right protective equipment for hospitals and slow roll-out of testing, including for health workers.

BBCQT host Fiona Bruce snaps at left-wing panellist – ‘What is the point of Labour?’