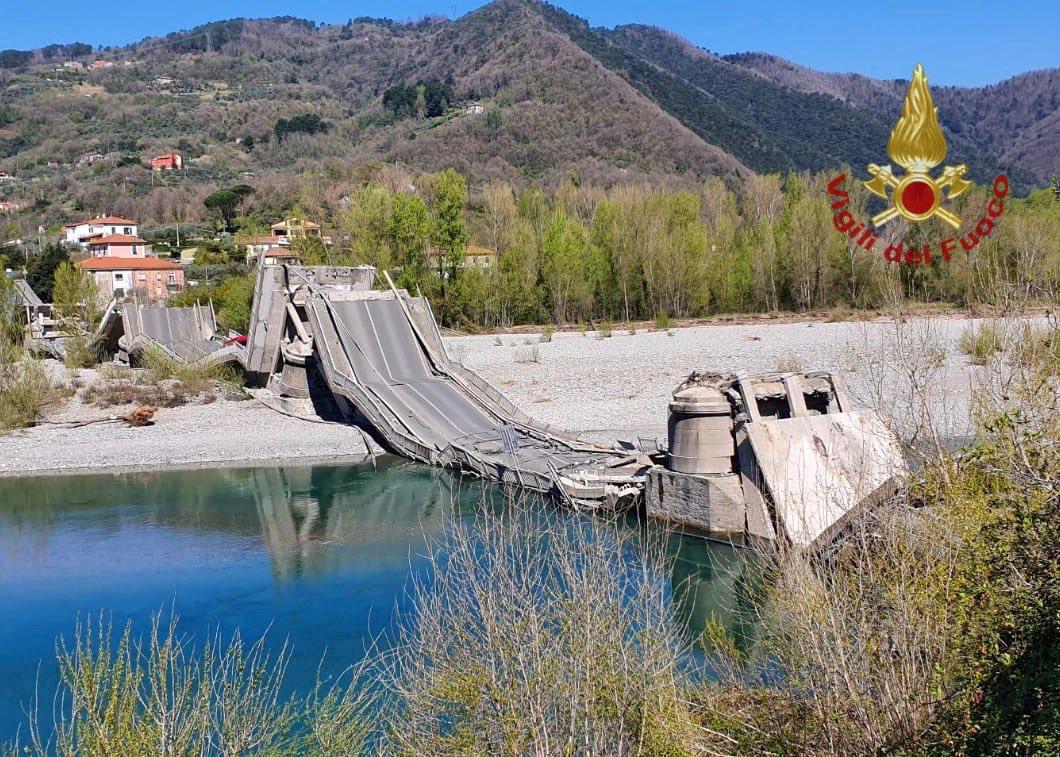 MILAN (Reuters) – A bridge on a normally busy road in northern Italy collapsed on Wednesday but only two drivers were caught up in the chaos, the fire brigade said, as the coronavirus lockdown has largely halted traffic.

A spokesman for the fire brigade said the 260 metre bridge near the town of Aulla, roughly midway between Genoa and Florence, in the northern tip of Tuscany, collapsed at 10:25 a.m. (0825 GMT).

The lockdown imposed by the government to cope with the coronavirus emergency has cut traffic in the whole country, including on the road, known as the SS330.

A team of the fire brigade were still on site, the spokesman added. Two drivers were taken to hospital with minor injuries, he added.

The bridge was previously managed by provincial authorities and was then put under the management of ANAS, a company controlled by state-owned railway group Ferrovie dello Stato.

Forty-three people were killed in August 2018 when a when a viaduct in the port town of Genoa and operated by infrastructure group Atlantia gave way.