Cases filed against three Kashmiri journalists in less than a week as media and rights groups decry ‘misuse of power’. 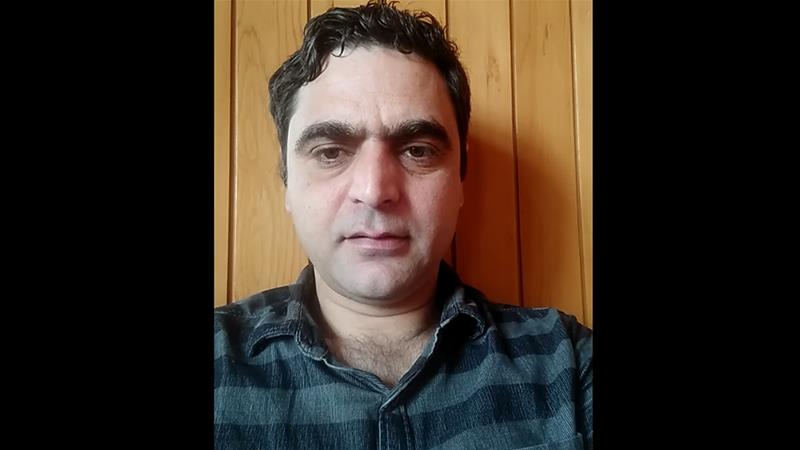 “Masrat Zahra, Peerzada Ashiq and Gowhar Geelani should be free to report on events in Jammu and Kashmir without facing harassment and intimidation from local authorities,” Aliya Iftikhar, a senior Asia researcher with the Committee to Protect Journalists (CPJ), told Al Jazeera on Wednesday.

On Tuesday, 38-year-old Geelani, a journalist and author of Kashmir: Rage and Reason, was charged by police with “indulging in unlawful activities through his posts and writings on social media”.

The action against Geelani came two days after Ashiq, a reporter for The Hindu newspaper, was charged with filing a “factually incorrect” news story which the police said “could cause fear or alarm in the minds of the public”.

The cases against the three Kashmiri journalists have been described as a “misuse of power” with an aim to “strike terror” into the disputed region’s media community.

“Police should drop their investigations into the journalists, and India should reform its laws to make such capricious actions by police impossible,” said Iftikhar.

Activist Khurram Parvez of the Jammu Kashmir Coalition of Civil Society told Al Jazeera on Wednesday that the cases against the journalists were “a brazen attack on the right to freedom of expression”.

“Despite claims by the government that everything is getting better in Kashmir, its conduct continues to be regressive and the space for civil, political and human rights is being further choked,” he said.

In a statement on Tuesday evening, the Jammu and Kashmir police’s cyber station in the main city of Srinagar said they received information from their sources that Geelani’s “writings on social media platform [were] prejudicial to the national integrity, sovereignty and security of India”.

“The unlawful activities include glorifying terrorism in Kashmir Valley, causing disaffection against the country and causing fear or alarm in the minds of public that may lead to commission of offences against public tranquility and the security of state,” the statement said.

Tahir Ashraf, a senior official at the cyber wing of Jammu and Kashmir Police, refused to speak on the First Information Reports (FIRs) filed against the journalists, saying the Inspector General of Police (IGP) in Kashmir was “the right person to comment”.

When Al Jazeera telephoned the IGP Vijay Kumar, he said, “I am busy and can’t talk.”

Meanwhile, Geelani termed the charges against him as “concocted and baseless”.

“The aim is to silence all the remaining critical and sane voices and to criminalise opinions and journalism in Kashmir,” he told Al Jazeera. “Intimidating tactics from any quarter won’t cow me down. I will continue doing my job with sound professional judgement.”

Geelani said his job as a journalist is to write for the “marginalised and the dispossessed”.

“Memory will win. Words are a writer’s weapons. All I have is words. Let me assure one and all that journalism and words will stay and survive, censorship won’t.”

In case of Ashiq, the police said his report in The Hindu – titled ‘Kin allowed to exhume bodies of militants in Baramulla’ – on April 19 was “fake news”.

“The news was published without seeking confirmation from the district authorities,” said a statement released by the police, which called him for questioning in two police stations on Sunday.

Photojournalist Zahra is accused of “uploading photographs which can provoke the public to disturb law and order” … “tantamount to glorify anti-national activities”. She presented herself before the police on Tuesday for questioning.

Expressing shock over the cases against Ashiq and Zahra, the Editors Guild of India in a statement said, “Any recourse to such laws for merely publishing something in the mainstream or social media is a gross misuse of power. Its only purpose can be to strike terror into journalists.”

Avinash Kumar of the rights group Amnesty International India told Al Jazeera on Wednesday that the “continued harassment and intimidation of journalists and writers … threatens the freedom of media to report impartially and accurately”.

“The recent charges against at least three journalists in Kashmir demonstrate a pattern of suppressing free media,” he said.

Ishfaq Tantry of the Kashmir Press Club told Al Jazeera that the police were “acting on anonymous complaints quoting sources to hound the journalists”.

“This is blatant misuse of the law to stifle and gag media in Kashmir,” he said, demanding that the FIRs against the three journalists be withdrawn.

“No ifs, no buts, no whataboutery – this campaign of FIRs against journalists & commentators in Kashmir IS WRONG & must stop,” tweeted former Jammu and Kashmir Chief Minister Omar Abdullah.