The Prime Minister insisted Britain had every right to sail the waters around Crimea and Cabinet Minister George Eustice insisted we would do it again. They went on the offensive after Moscow’s deputy foreign minister Sergei Ryabkov warned “we may drop bombs” if Wednesday’s clash with HMS Defender is repeated. Mr Johnson said while visiting an Army barracks in Aldershot that the Type 45 destroyer was “entirely right” to skirt through the waters disputed by Russia and neighbours Ukraine.

He insisted Britain has never recognised Russia’s 2014 annexation of Crimea, so Defender’s route was the shortest between two points through international waters. The ship was on an exercise also involving a Dutch frigate.

Mr Johnson said: “I think it was wholly appropriate. This is part of sovereign Ukrainian territory.

“It was entirely right, that we should indicate the law and pursue freedom of navigation in the way that we did.”

Mr Eustice, asked if Britain would send a ship on the same route as HMS Defender’s, replied: “Of course, yes.”

He added: “We never accepted the annexation of Crimea, these were Ukrainian territorial waters.

“HMS Defender was passing through Ukrainian waters, I think on the way to Georgia, and that was the logical route for it to take.”

Britain claimed the confrontation – in which Russian jets buzzed Defender and Moscow vessels fired guns – was a routine “gunnery” exercise. 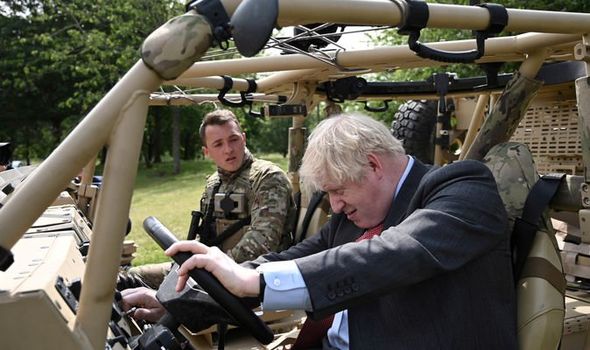 But Mr Putin’s officials claimed the shots were warnings from its coastguard boats and added that a fighter plane had dropped four bombs nearby.

Yesterday, Mr Ryabkov, said Russia’s borders would be protected “by all means, diplomatic, political and military if needed”.

Asked what Mr Putin’s forces would do if there was a repeat of the incident, he replied: “We may appeal to reason and demand to respect international law.

“If it doesn’t help, we may drop bombs and not just in the path but right on target if colleagues don’t get it otherwise.”

He said: “The bottom line is Putin is an expert at disinformation and his actions are very reckless.”

Lord West called Mr Putin’s behaviour “appalling” and said “there’s no doubt the Defender was asserting her right of innocent passage from one port to another”. 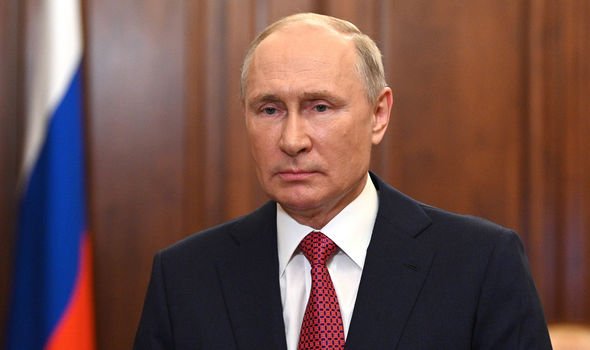 Meanwhile, former head of the Army, General Lord Dannatt, said the Moscow president was “testing the will of the West”.

He said: “It was unreasonable of the Russians to challenge HMS Defender in the way that they did.

“The underlying point is that there are international laws that must be upheld by everyone and HMS Defender had the absolute right to be where she was.”

Meanwhile, Labour MP Chris Bryant faced a backlash after suggesting the exercise was a UK “set- up” because journalists were on board Defender.

Conservatives privately said the MP for Rhondda had “lost the plot” and risked handing Russia a propaganda tool.

As the dust from HMS Defender’s Black Sea spat with Russia’s military continues to settle, three revelations have come to the fore.

The first is that when it comes to international security, post-Brexit Britain has teeth. Far from being a hand-wringing medium European power, the UK showed by its bold behaviour – with a Type 45 Destroyer powering straight past Russian-claimed waters – that it was perfectly happy to tweak the tail of the Russian tiger. In short, Britain remains a serious military power and is not afraid to flex its muscles.

Secondly, the way this episode has unfolded shows it was no vanity project. 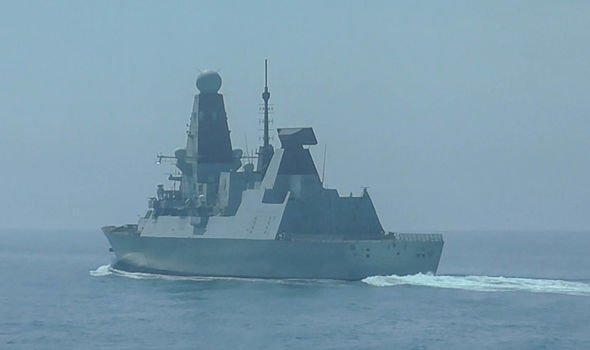 Despite vacuous claims by some on the Left of British politics that it was some giant publicity stunt – betraying a lack of understanding about British strategic objectives – our naval manoeuvre had real value. As emphasised by the tone of the responses of the MoD, Britain was making a serious point about the status of Crimea and respect for international law.

Russia may believe that its annexation of occupied Crimea is a settled issue, but Britain’s insistence on its sovereignty remaining Ukrainian will have riled the kleptocrats of the Putin regime while also reminding the world that this is a frozen conflict in need of resolution.

Equally, ministers’ bullish attitude about being ready to repeat HMS Defender’s journey highlights that a country looking for a Global Britain role has alighted on an important cause: the right to navigate peacefully through even dangerous waters. Britain’s defence of the concept of freedom of navigation shows that part of this country’s USP to the world will be a desire to not only play by the established rules of the international system, but also to ensure others do the same.

This leads into the final realisation of the week, which is that Putin’s Russia remains top of the list of international rule-breakers.

Faced with the option of letting HMS Defender pass unhindered or upping the ante through harassment, Putin chose to escalate.

If the world was looking for an answer to whether Putin’s summit with President Biden has altered his thinking, it now has one. Same Putin. Same old tactics.

Global Britain now has a mission and is prepared to stand up for it. Given the nature of the Russian threat we should all be thankful we have rediscovered such a strong voice.

The Outside View: Wake Up to the Ways of Gaming