Ukraine is successfully opposing Russia on its home turf, with defenders able to push into occupied regions, despite recent claims to the contrary. The latest intelligence briefings suggest Volodymyr Zelensky’s soldiers have continued to pick towards the northeast and south. The war effort has brought them to Luhansk, according to the Ministry of Defence, which Putin has occupied following “sham” referendums.

Where are the borders of Russian-occupied Ukraine?

Putin formed puppet states and military administrations in these regions and claimed they belong to Russia following the votes.

But their borders are loosely defined, as Russian officials said they must consult with locals first. 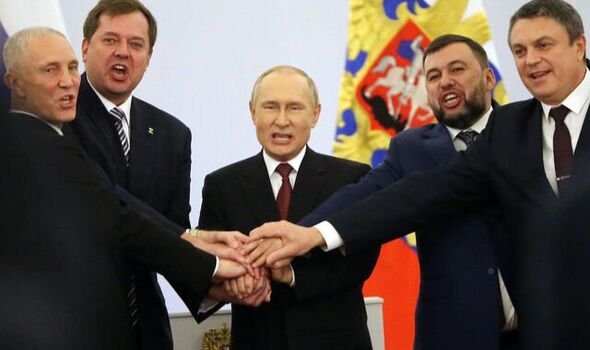 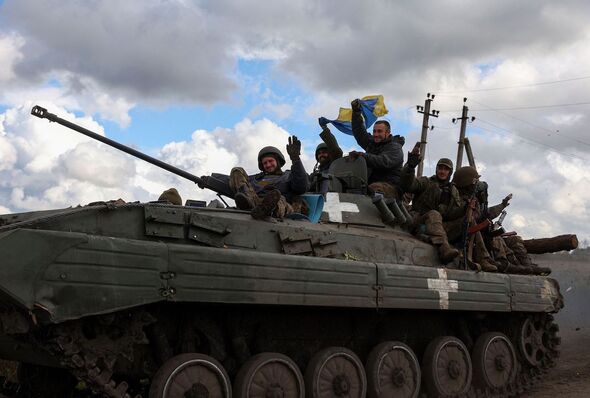 Kremlin spokesman Dmitry Peskov revealed earlier this week that Moscow would “continue to consult the populations” of Kherson and Zaporizhzhia.

Peskov added: “No doubt, any configuration will depend only on the will of the people who live in a particular territory.”

Russia defined borders in Donetsk and Luhansk when Putin recognised rebel-occupied regions as independent before conducting his invasion of Ukraine.

Rebels in the regions control less than half of the total territory, but they claim to hold every inch of land outlined in their local constitutions, and Russia has backed them. 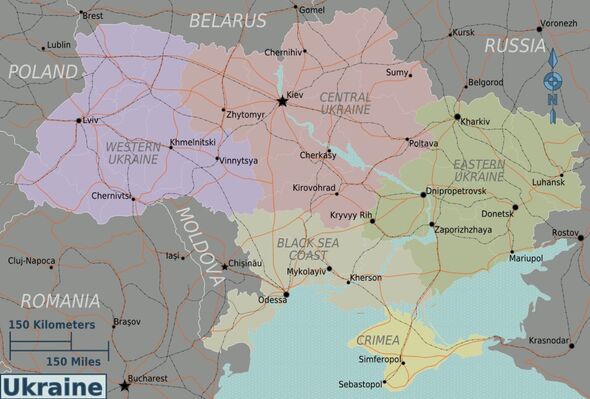 When Putin recognised rebel-held areas in February, he said: “We recognised them.

“And this means that we recognised all their fundamental documents, including the constitution.

“And the constitution spells out the borders within the Donetsk and Luhansk regions at the time when they were part of Ukraine.”

The oblasts border one another and Russia to the east, with Zaphorizhia bordering Donetsk to the southwest, Dnipropetrovsk to the east and Kharkiv to the west. 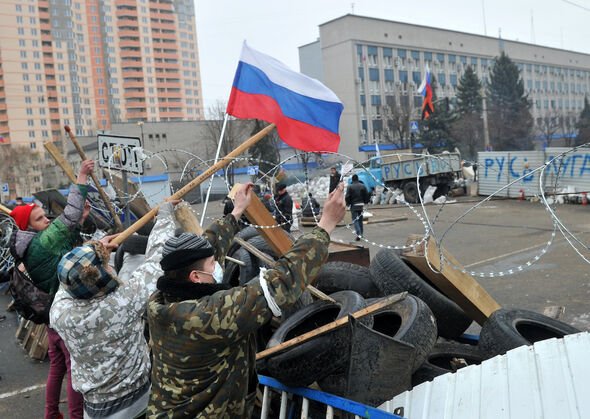 Ukraine is now rounding on Luhansk, the MoD has claimed.

In a recent intelligence briefing posted to Twitter, the department said soldiers have continued to make “progress” near Russian-occupied areas.

Gains may “politically” concern Russia, as they are moving on “formally annexed” land.

The MoD said: “Ukraine continues to make progress in offensive operations along both the northeastern and southern fronts.”

“In the north-east, in Kharkiv Oblast, Ukraine has now consolidated a substantial area of territory east of the Oskil River.

“Ukrainian formations have advanced up to 20 km beyond the river into Russia’s defensive zone towards the supply node of the town of Svatove.

“It is highly likely that Ukraine can now strike the key Svatove-Kremina road with most of its artillery systems, further straining Russia’s ability to resupply its units in the east.

“Politically, Russian leaders will highly likely be concerned that leading Ukrainian units are now approaching the borders of Luhansk Oblast, which Russia claimed to have formally annexed last Friday.”