BEIRUT (Reuters) – A large fire erupted on Thursday at Beirut port, sending a huge column of smoke above the city a little more than a month after a massive blast devastated the port and surrounding residential area of the Lebanese capital. 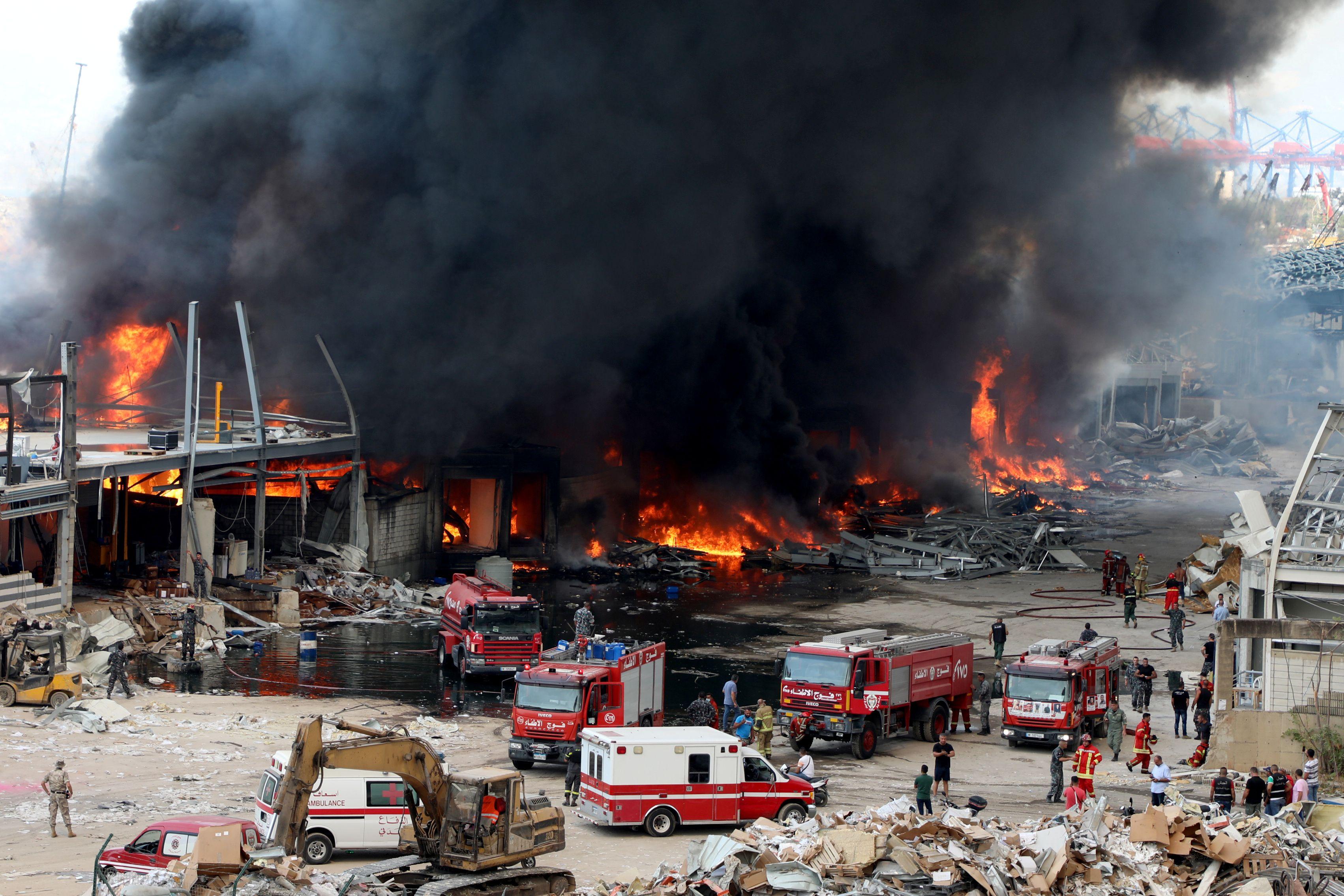 The blaze erupted in the shattered duty free zone of the port and one official said it was limited to that area.

But it jangled nerves in a nation grappling with a deep economic crisis that has posed the biggest threat to Lebanon’s stability since its 1975-1990 civil war.

“For sure we were scared, it’s only been a month since the explosion that destroyed Beirut. We saw the same thing happening again,” said 53-year-old Andre Muarbes.

The army said a store of oil and tyres had burst into flames, although it said the cause was not immediately clear.

Television footage showed an army helicopter dropping water on the fire, as firefighters battled the blaze on the ground.

The head of civil defence told Lebanon’s AlJadeed television it was not certain what materials were burning. But he urged the public to stay calm, saying the fire was limited to one place.

There were no immediate reports of injuries but some residents drove out of the city, still traumatised by the Aug. 4 blast that killed about 190 people and injured 6,0000.

“I am forced to get them out of Beirut from the smoke and the fire that is happening at the port again,” said Majed Hassanein, 49, who was taking his wife and two children by car.

He said his son was still suffering shock from the blast that ruined a swathe of capital near the port, leaving about 300,000 people without inhabitable homes and shattering windows across the city.

The head of Lebanon’s Red Cross, George Kettaneh, said there was no fear of another explosion as a result of Thursday’s fire and there were no injuries, although he said there were some people suffering from shortness of breath as a result.

Firefighters were shown in television footage dousing the fire surrounded by mangled remains of warehouses destroyed in last month’s explosion, which was caused by a store of ammonium nitrate that had been kept in poor condition at the port.

Myanmar drugs seizure ‘off the scale’