Rescuers are searching for survivors after a huge explosion killed at least 100 people and injured more than 4,000 in Beirut.

For thousands of people at home, work or out and about, there was no warning and no way to get to safety as Tuesday’s blast hit the Lebanese capital.

President Michel Aoun said it was caused by 2,750 tonnes of ammonium nitrate – used in fertilisers and as an explosive – which was left unsecured in a warehouse for six years at the city’s port. 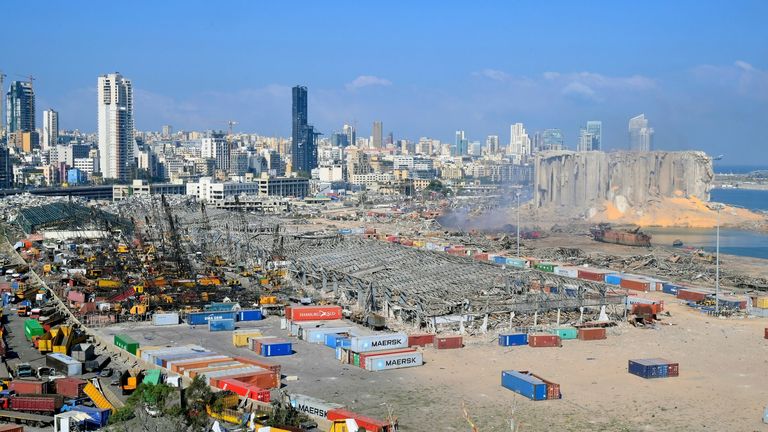 He called for an urgent cabinet meeting on Wednesday, and said a two-week state of emergency should be declared as the disaster is investigated.

Residents woke today to a scene of devastation, shocked by the magnitude of the destruction.

Thousands have been left homeless and families are still counting the casualties and searching for the dead.

The head of Lebanon’s Red Cross, George Kettaneh, said at least 100 people were killed and more than 4,000 were wounded, adding the toll could rise further.

Many people spent the night going from one hospital to another desperate for any news about missing loved ones. 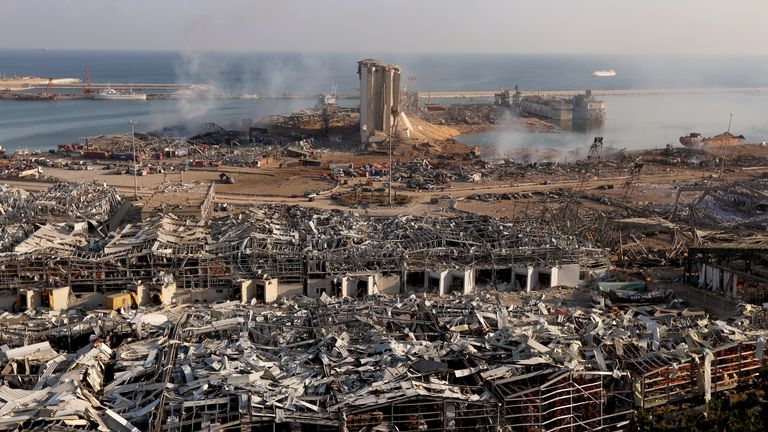 Prime Minister Hassan Diab declared a day of mourning and pledged those responsible would “pay the price”.

He said his country was experiencing “a real catastrophe” and appealed to other nations for help.

The blast struck with the force of a 3.5 magnitude earthquake, according to Germany’s geosciences centre GFZ, and was heard and felt as far away as Cyprus – more than 125 miles (200km) across the Mediterranean.

A mushroom cloud could be seen spreading over the city.

“L’Apocalypse,” read the front page of Lebanon’s French L’Orient-Le Jour newspaper. Another paper, al-Akhbar, had a photo of the destroyed port with the words: “The Great Collapse.”

Those who felt the blast said they had never experienced anything like it.

“It was a real horror show. I haven’t seen anything like that since the days of the [civil] war,” said Marwan Ramadan, who was about 500 metres from the port and was knocked off his feet by the force of the explosion.

The intensity of the blast threw victims into the sea and rescue teams are still trying to recover bodies.

“It was like a nuclear explosion,” said Walid Abdo, a 43-year-old school teacher. Lebanon was already on the brink of collapse amid the coronavirus outbreak and an unprecedented economic crisis that had triggered mass protests in recent months.

Its hospitals, already buckling under a surge in COVID-19 infections, are now overflowing and struggling to cope with the influx of those injured in the blast.

Doctors and nurses have been forced to treat some of those hurt on the streets outside, while at the same time trying to keep coronavirus patients separate from the constant new arrivals. “This is a catastrophe for Beirut and Lebanon.”

Inside a COVID-19 hospital in India, doctors see no end in sight

Opinion | Restaurants Will Never Be the Same. They Shouldn’t Be.