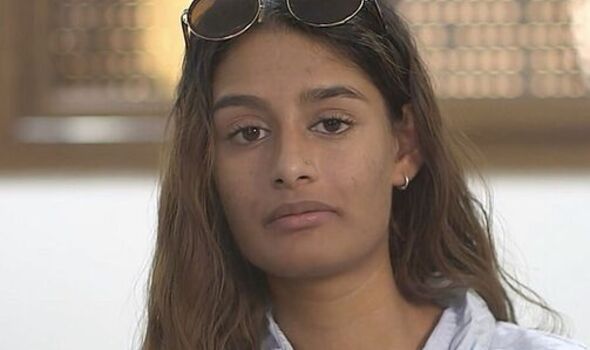 Begum is not a victim of child sex trafficking and showed no remorse over joining Islamic State, a judge was also told yesterday.

She was 15 when she and school friends Amira Abase and Kadiza Sultana travelled from east London to Syria to marry IS fighters in February 2015.

Now 23, Begum insists she was groomed by the terrorists’ propaganda machine, which targeted British Muslim girls as young as 14 to be offered as “wives”.

But Sir James Eadie KC, for the Home Office, said: “This is a case about national security. This is not a case about trafficking.”

Begum knew the nature of the organisation she was joining, he added.

And an MI5 officer told the court “she would have known what she was doing and would have had agency in doing so”.

But Samantha Knights KC, for Ms Begum, said: “This concerns a British child who was persuaded, influenced and affected with her friends by a determined and effective IS propaganda machine.”

Ms Knights said there was “overwhelming” evidence Begum had been “recruited, transported, transferred, harboured and received in Syria for the purposes of ‘sexual exploitation’ and ‘marriage’ to an adult male”.

Begum had British citizenship revoked after she was found in a Syrian refugee camp in 2019 when nine months pregnant.

In submissions to the Special Immigration Appeals Commission in London, she claimed the then Home Secretary Sajid Javid did not properly consider the possibility she was a victim of child trafficking.

He said she “travelled, aligned and stayed in Syria for four years” and that she only left IS-controlled territory for safety reasons “and not because of a genuine disengagement from the group”.

He added: “When she did emerge, and gave press interviews before the Secretary of State decided to deprive her of her citizenship, she expressed no remorse and said she did not regret joining Isil.”

The MI5 officer, known as Witness E, said due to the number of terror attacks and public beheadings around the time the girls went to Syria, it was “inconceivable they would not know what Isil was doing as a terrorist organisation”.

Sir James said Mr Javid was aware of Begum’s “age and circumstances of her travel to Syria” when he revoked citizenship.

A previous hearing heard Begum was “a citizen of Bangladesh by descent” and was therefore not rendered stateless.

Begum, whose baby died of pneumonia shortly after he was born, is being held in a Syrian refugee camp.

She had two other children who also died. Her husband, a Dutch IS member, was in prison nearby.

She is thought to be the only survivor of the three girls.

The hearing is due to end on Friday with a ruling later.