The Easter weekend heatwave will not last long according to the latest BBC weather forecast, which predicted a chilly 15C temperature drop within just 48 hours. The UK is set to be hotter than Spain, Rome and Las Vegas today as temperatures soar to at least 26C in parts of the country. The Government has urged people to stay indoors, amid fears Britons will be tempted to flock outside to public parks and beaches to enjoy the warm weather.

London will bask in a 26C scorcher later today while temperatures will even pass 20C further north in Newcastle, Leeds and Liverpool.

However, this weather will start to turn by Easter Sunday when there is an increased chance of “intense thundery showers” in southern England.

Temperatures will then experience a huge 15C between today and Monday, with temperatures struggling in single digits in the north of England.

The BBC meteorologist Sarah Keith-Lucas told viewers: “It is going to be a weekend of transition. The warm weather we have all experienced in the last couple days will gradually turn into something colder and more unsettled by Monday.” 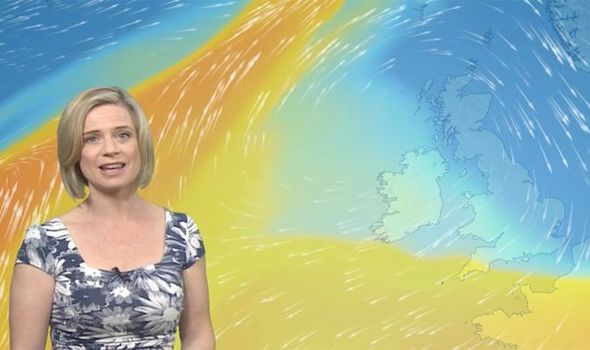 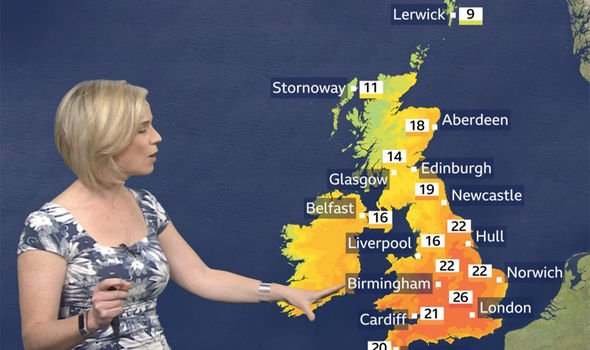 She continued: “For today, it will be warm. In fact for the third day in a row it will be the warmest day of the year.

“We have a big area of high pressure holding onto that weather, but we also have a couple of weather fronts moving in from the north-west to be aware of.

“There may be a few scattered showers across areas of the UK this morning but that will dissipate by the afternoon so we will have blue skies for much of today.”

“Light winds too – so temperatures can rise up to at least 26C in the warmest spots down towards the south. It is going to feel quite warm. 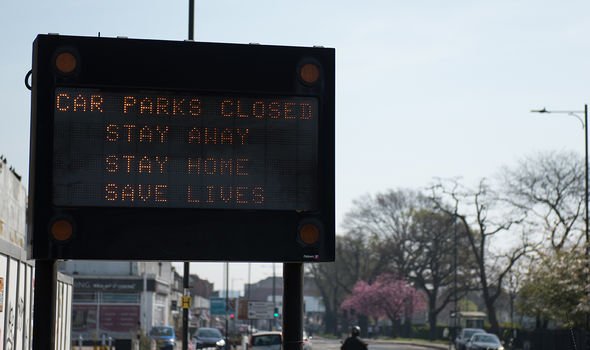 “It is going to be frost-free tonight, in case you have plans to be out in the garden on Easter Sunday.

“As we move through Sunday, we have more showers which could push into western parts of England and Wales, but for the bulk of England Wales it will be a dry day.

“It will not be as warm tomorrow as it will be today but still temperatures up to around 24C in the warmest spots in the south. 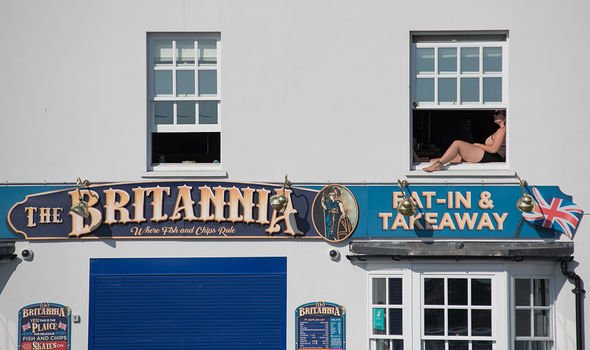 “But things will be turning much cooler in the north. A real dip in temperatures in Scotland. Just 9C in Aberdeen. As we move into Easter Monday that cold front will push further south.

“High pressure will build in from the north and that will draw in some much colder air. You will really notice these winds across eastern England and eastern Scotland. The winds coming in from a cool North Sea, bringing in some cloud as well.

“Temperature wise it will feel very different on Easter Monday, certainly compared to what we see today into Easter Sunday. Places feeling 10C – 15C cooler by the time we get to Easter Monday.”

Keith-Lucas reiterated government advice, ending her forecast by saying: “Regardless of what the weather is doing, the message stays the same on social distancing and stay at home wherever you can.”