BBC Weather: Temperatures to reach below freezing in some parts

Many Britons flocked to beaches and parks on Saturday to enjoy the sudden warmth. However, the latest BBC weather forecast suggests that this warmth will be short-lived as temperatures drop to near or below freezing by tomorrow. With temperatures set to cool on Monday, the Met Office even tweeted that people should “make the most” of the milder weather this weekend before the drop in temperatures.

BBC meteorologist Ben Rich explained: “It is looking mainly dry today, with sunshine to enjoy and high pressure in charge and firmly centred on the British Isles.

“But there are also some lumps of cloud and fog around. It is a murky start across parts of eastern England.

“There is also cloud scattered through Northern Ireland and western Scotland, and that could produce the odd spot of rain throughout the day.

JUST IN: BBC Weather: Snow returns to Europe as temperatures ‘tumble down’ 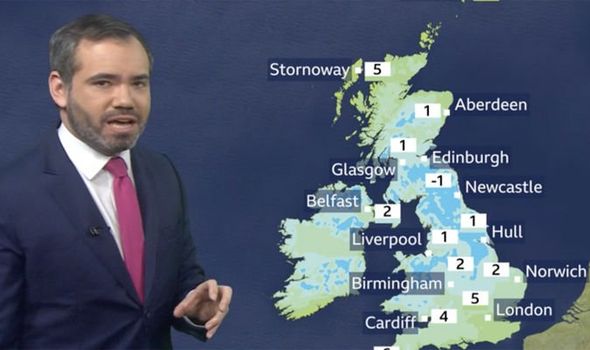 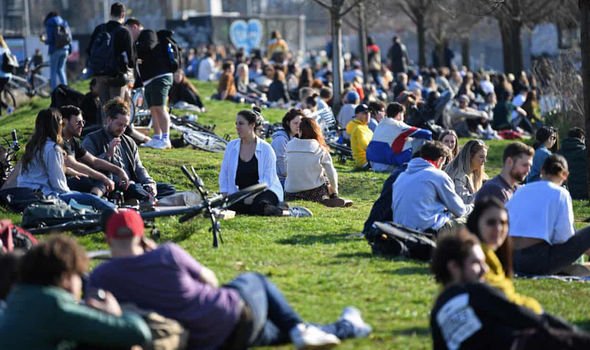 Mr Rich continued: “Temperatures into Monday morning will be getting close to freezing and even a touch below for some, thanks to the clear skies.”

He said that best of the sunshine on Monday will be “found across parts of Northern Ireland, north-west England, and northern Scotland”.

The BBC meteorologist added: “Temperatures will depend on how much sunshine you see, with 8C to 10C in the sunniest spots but close to 4C or 5C in the eastern areas of England and Scotland.

“There is similar weather on Tuesday, with it staying grey and murky for the eastern coasts, while some more sunshine for the rest of us.

BBC Weather: Europe to be hit by snow and low temperatures 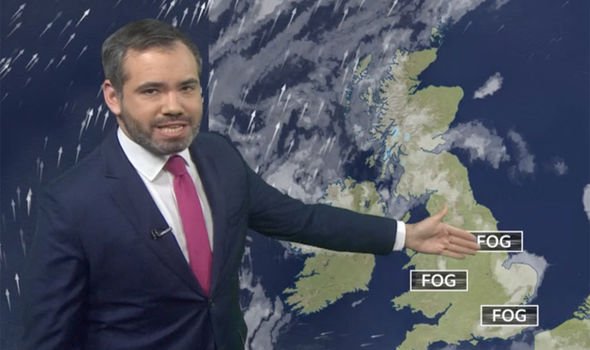 “That will bring some cooler air into our direction. So, temperatures, as we head into March, will dip away but it will stay largely dry.”

Scientists have urged people to stick to lockdown rules amid fears of crowded public spaces. 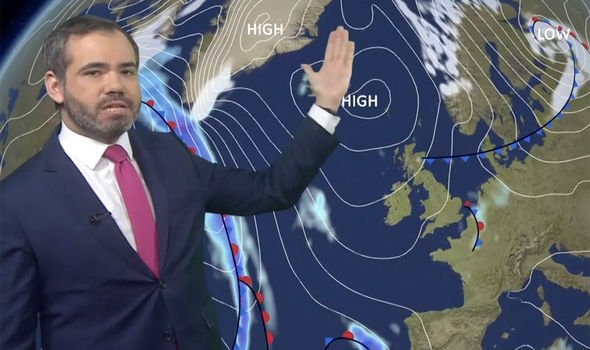 On Friday, the deputy chief medical officer for England, Professor Jonathan Van-Tam, urged people not to “relax” as the warm weekend approached, warning that “this is not a battle that we have won yet”.

He implored that people must not “wreck it” now after the government published a “roadmap” out of the crisis last week.

Police have also urged people not to make unnecessary journeys or meet up in groups, as temperatures reached up to 15C in parts of the UK yesterday.

In Wales, police carried out spot checks on Saturday in an attempt to deter people from driving to beauty spots in the warm weather.

People face fines of £60 for breaking the stay-at-home order in place, which bans all non-essential travel.

Canada to appeal court ruling that struck down refugee pact with U.S.

Coronavirus: Sweden determined it has smarter strategy for dealing with COVID-19

Barr Plans to Finish Term Despite Wanting to Leave Early