BBC meteorologist Darren Bett noted that it is drier and a lot warmer across southern parts of Europe. However, the weather presenter also warned that an area of cloud is producing some thunderstorms through parts of the Mediterranean. That first area of cloud further north has pushed all the heat away from the northeast of Europe.

“Then into the Baltic states and over towards Moscow as well.

“At the same time we’ve still got those thunderstorms moving away from the Balearics, perhaps heading into more southern parts of France.

“Head eastwards through the Med and it still dry and hot.” 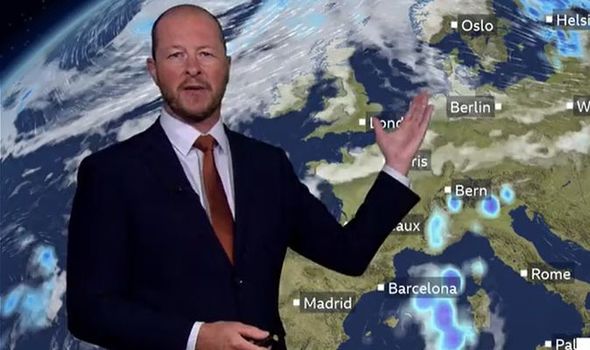 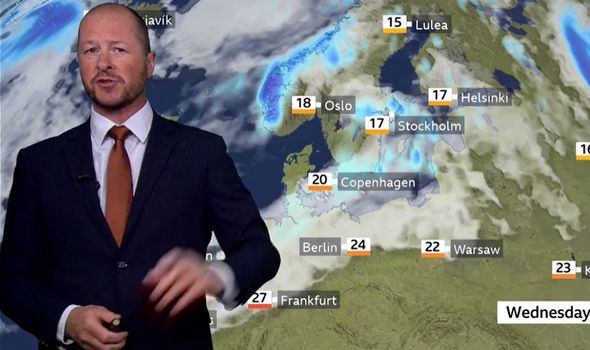 He continued: “Perhaps not the very high temperatures though that we’ve seen in Turkey just recently.

“That warmth though will push its way through the Adriatic across many parts of Italy.

“Then we’re in this much more changeable air stream across northern Europe.

“There’ll be quite windy weather through the Baltic Sea as well, perhaps some big waves too.” 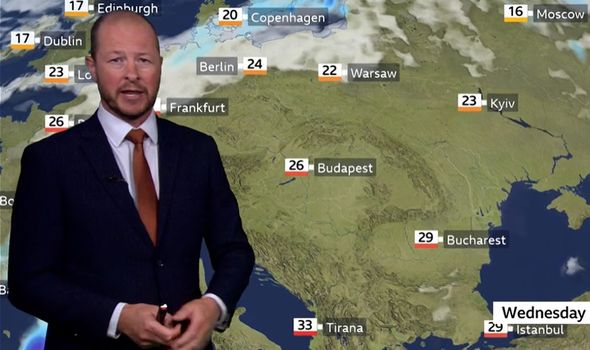 The BBC presenter added: “It remains very changeable through Scandinavia, and across the northeast of Europe, particularly wet in Finland.

“To the north of a band of cloud we’ve got the cooler, fresher air.

“To the south of the band of cloud, some heat.” 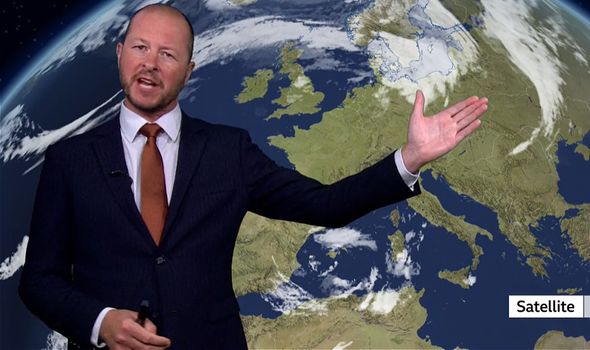 Mr Bett said: “Although there will be some thunderstorms heading towards Corsica and Sardinia, perhaps into the Alps as well.

“For western Europe though, it may well get warmer early next week in London and Paris.

“By which point, the weather could start to change in Iberia.

“It will be largely dry weather for Berlin, in contrast with Moscow.

“Temperatures won’t be changing very much in the sunshine in Athens.”

Russians forced to use ‘Cold War missiles’ after ‘running out rockets’