The UK faces a weekend of snow chaos, with bitterly cold temperatures starting off at just -11C this morning. Parts of the UK “could struggle to get above freezing,” according to the latest BBC Weather forecast. BBC’s meteorologist Helen Willets warned that “it is another cold and frosty start this Saturday morning”.

Last night, Northern Ireland experienced its coldest night in a decade as temperatures plunged to -10C.

England recorded its lowest overnight temperature of the winter, with -11.1C in Northumberland.

“We have some freezing fog around this morning.

“Into the north, we have a slight change taking place this weekend with an incursion of Atlantic air which will lift the temperatures from where they are at the moment a little bit.” 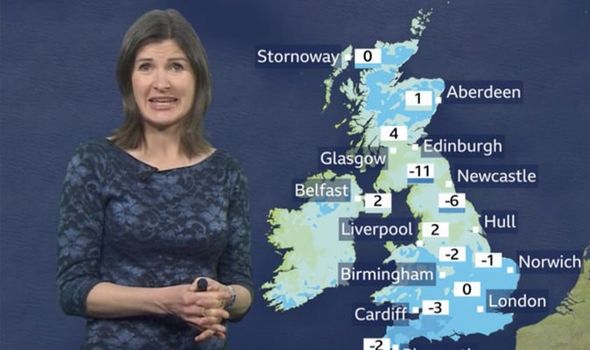 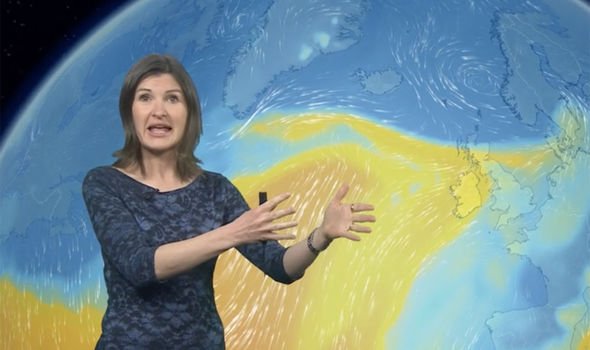 She continued: “Temperatures dropped to -10C, -11C in the Scottish glens and northern England overnight.

“It is bitterly cold in the north because it has clear skies, and in the south there is a freezing fog.

“It will be icy and there are ice warnings out quite widely again today.

“There will be some rain, some hill snow, some snow at lower levels in Scotland, as a brisk wind arrives.

“It will be barely above freezing in the south where we have the freezing fog.” 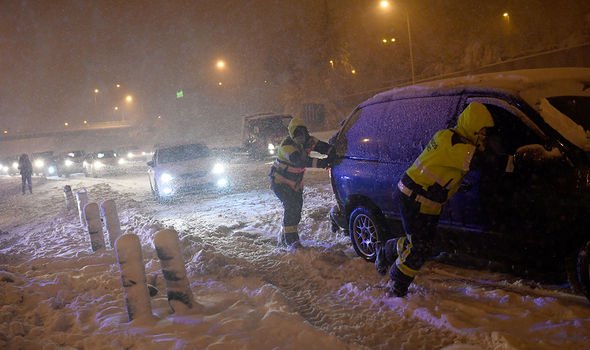 Ms Willets went on to warn that the milder Atlantic air could cause some “thawing effect” into next week, sparking a risk of major flooding.

She said: “The weather fronts are lining up next week with the milder air meaning we will have snow melting, and there is also heavy rain to come.”

The Met Office has warned that some towns could be “cut off” with snow set to blanket parts of Britain this weekend. 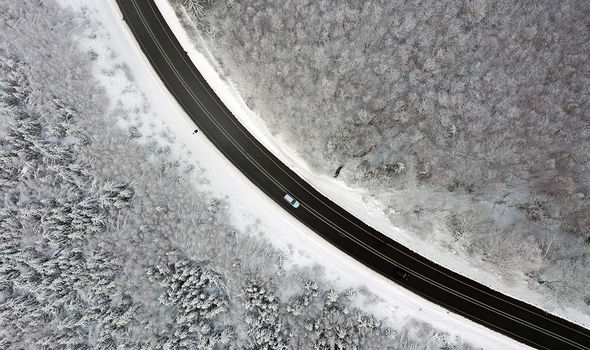 The warning reads: “Sleet and snow will continue for the next few hours, heavy at times, with some places seeing a further 3-7 cm of snow, on top of what has already fallen.”

Around 5cm of snow could fall later today across the Pennines, North York Moors, the high ground of Wales and parts of south-west England.

Sky News’ weather forecaster Jo Robinson said: “Temperatures are expected to drop as low as -10C to -15C in parts of Scotland.

“Parts of northern England and Northern Ireland will see temperatures drop as low as -10C in prone cold spots.”

Get cooking: A recipe for Chilled Fennel and Leek Soup